The Verdon Gorge is a river canyon that is often considered to be one of Europe's most beautiful and it's is about 25 kilometres long and up to 700 meters deep.

The Verdon Gorge (in French: Gorges du Verdon or Grand canyon du Verdon), in south-eastern France (Alpes-de-Haute-Provence), is a river canyon that is often considered to be one of Europe's most beautiful. It is about 25 kilometres long and up to 700 metres deep. It was formed by the Verdon River, which is named for its startling turquoise-green colour, one of the location's distinguishing characteristics. The most impressive part lies between the towns of Castellane and Moustiers-Sainte-Marie, where the river has cut a ravine to a depth of 700 metres through the limestone mass. At the end of the canyon, the Verdon River flows into the artificial lake of Sainte-Croix-du-Verdon (in French: Lac de Sainte-Croix).

Because of its proximity to the French Riviera, the gorge is very popular with tourists, who can drive around its rim, rent kayaks to travel on the river, or hike. The limestone walls, which are several hundreds of metres high, attract many rock climbers. It is considered an outstanding destination for multi-pitch climbing. The variety of 1,500 routes encompass cracks, pillars and seemingly endless walls, and range in distance from 20m to over 400m. The climbing is generally of a technical nature. 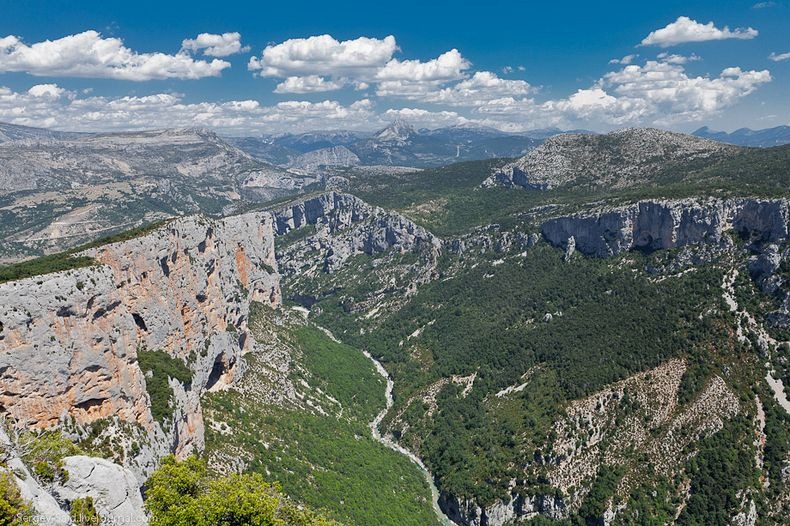 Because of its proximity to the French Riviera, the canyon is very popular with tourists, who can drive around its rim, rent kayaks or hike.

The Verdon Canyon is a unique site in Europe crossed by the river Verdon, you may find on this site the best advice in order to visit the Verdon country in advance.
Located in the midst of the region of Provence, Alps and the French Riviera, crossing over the departments of Var and the Alps of Upper-Provence and two hours away from Marseilles, the Verdon is a country with a thousand colours and perfumes, with its Verdon canyon a thousand years old, where the lake of Sainte Croix and the wild lake of Esparron are open to your visit.
But is is also a country scattered with vineyards and lavender fields, smelling like Provence ..

The Verdon is rightly considered as the most beautiful canyon of Europe. Walked over by hikers from all over the the world, the Verdon has become a natural site protected since 1990. It enjoys the label "Grand Site de France". What else could it be for such a jewel ?
The Verdon is also a region of villages like Valensole, Riez, the perched Aiguines, the picturesque Bauduen, Castellane and its Rock, Moustiers Sainte Marie...
typical places and unforgettable landscapes. It is an outstanding site that we invite you to discover through a large collection of pictures and other media that you shall admire on this internet site, along with a large array of information to access our region.

This gorge really does live up to the hype, the views are stunning and the roads are so much fun to drive on. I can't recommend going to see this enough I had some much fun. To help you find it put Castellane into your sat nav and then follow the signs to the gorge. There is a loop to go down either side of the river to the lake and then back again. The roads are narrow but are in good condition so they are lots of fun to drive on. Make sure you fill up on petrol before you go as going up and down the hills can use up quite a bit of petrol. 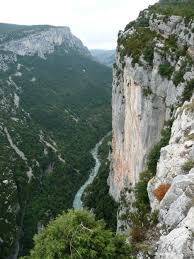 Grand Canyon of Verdon in France

The Gorges the verdon is a river canyon in south-eastern france.it is considered as one of most beautiful in Europe. It is a twenty five km long 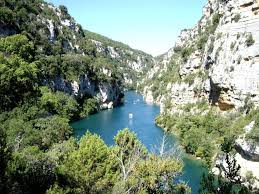 Most Beautiful Place in the World The Gorges du Verdon 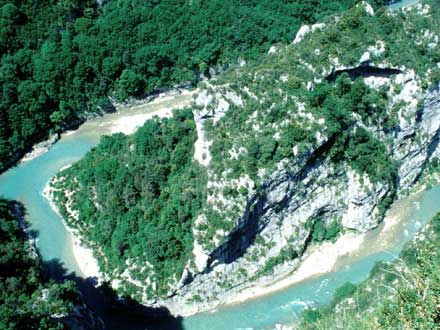 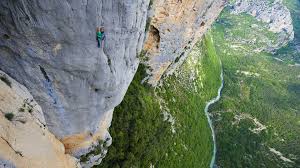 Saiqa updated their profile
7 hours ago