Topic for Discussion :
Gulliver's Travels, is a misanthropic satire of humanity. Discuss? 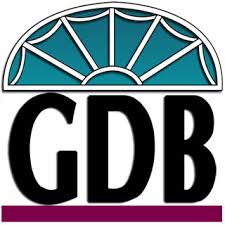 Jonathan Swift’s Gulliver’s Travels is a powerful satire on the evil misgivings of human society. Unlike many satirical works Gulliver’s Travels use of simple language and fantastic imagery appeals to children, yet its underlying social themes could cause even the most optimistic man or woman to question the benefits of human society. By framing his work into a travel narrative (a very popular genre of the time), Swift takes his readers on a voyage to out of this world lands and, at the same time, causes readers to evaluate the very nature of human beings and civilization. Swift blatantly spoofs the governments, the judicial system, even the human specifies itself.

No better example of this satire can be found than in Gulliver’s final voyage that places him in the land of the Houyhnhnms. These are supremely rational horses and the ruler of their land. Because of their strong desire for truth, Houyhnhnms have no notion, even word, for lying which they call “saying the thing which is not”. This is in stark contrast to humans whose ability to lie was, according to Gulliver, “so perfectly well understood, and so universally practiced, among human creatures.” Furthermore, Houyhnhnms have “ no conceptions or ideas of what is evil”. Their principal virtues are “friendship and benevolence” treating strangers equally to that of their nearest neighbor.

But, to make the contrast between humans and Houyhnhnms more apparent, Swift describes a race of barbarous, irrational, humanlike animals called the Yahoo. They are often known to lob their wastes upon one another giving them a terrible smell. Furthermore, they would lustfully fight over certain “bright stones” found in the fields of the Houyhnhnm land. In fact, this character description leads many readers to suggest Gulliver’s Travels is a misanthropic work.

That conclusion can be supported by a variety of instances found in the text. For instance, in Gulliver’s first encounter with the Yahoo’s who are for all intents and purposes human, he describes them as “an ugly monster” and “very singular and deformed”. As Gulliver continues to live among the Houyhnhnms, he seems to become clearly hateful of Yahoos. On one occasion, he catches a Yahoo child and described it as an “odious vermin”. Gulliver shows his slight value for human life by using Yahoo skins as clothing, and when a discussion was made among the Houyhnhnm General Assembly about exterminating the Yahoo race, he makes no defense for humankind. The theme of Guillver’s hatred for humans is climaxed when he is told he must leave the Houyhnhnm land that he has grown to love so much. He exclaims: “that the certain prospect of an unnatural death was the least of my evils, for supposing I should escape with life by some strange adventure, how could I think with temper of passing my days among Yahoos”. Thus, Gulliver would rather die than live among his own people in civilization again, for to him, they were debased Yahoos too.

Nonetheless, he must leave. But, he plans not to go home, but to find some small-uninhabited island so that he can, in solitude, “ reflect with delight on the virtues of those imitable Houyhnhnms, without any opportunity of degenerating into the vices and corruption of my own species.” So, despite years away from his home and family, his hatred for mankind has forced him into seclusion. Yet, fate would not allow it. He is discovered by Portuguese seaman and is forcibly rescued and given passage to Lisbon. Gulliver describes the Captain of the vessel as “courteous and generous”, but not even he could change Gullivers view sof fellow Yahoos. He is determined to “suffer the greatest hardships rather than return to live among Yahoos.” Another example of his hatred for humans is found in his dealings with his family when he returns home again. He would neither eat with them, nor talk with them. The very smell of them made him ill. Instead, he would spend time conversing with his two new horses of “at least four hours a day”.

Clearly, Gulliver developed a great contempt fir man while in the presence of the supremely rational Houyhnhnms. Yet, one must wonder how much of it was the character of Gulliver or the beliefs of Swift. He is once quoted as saying to Alexander Pope, “I have ever hated all nations, professions, and communities.” Certainly, Swift could not have given Gulliver such strong opinions without being able to empathize with those views at some level. Although he claims to love individuals, both Swift and Gulliver “principally hate that animal called man” which is a key indicator of misanthropy.