Thankz to all of you guys for helping me also to smart. Class diagrams are used to represents real life objects in our design by capturing its data methods and relationships of these methods with each other. These classes are basic building blocks of our object oriented system. Class diagrams are represented with white boxes which consist of three parts. Each of these parts has unique characteristics. 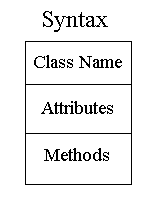 Association is a relationship where all objects have their own lifecycle and there is no owner.

Aggregation is a specialized form of Association where all objects have their own lifecycle, but there is ownership and child objects can not belong to another parent object.

Let’s take an example of Department and teacher. A single teacher can not belong to multiple departments, but if we delete the department, the teacher object will not be destroyed. We can think about it as a “has-a” relationship.

Composition is again specialized form of Aggregation and we can call this as a “death” relationship. It is a strong type of Aggregation. Child object does not have its lifecycle and if parent object is deleted, all child objects will also be deleted.

Let’s take again an example of relationship between House and Rooms. House can contain multiple rooms - there is no independent life of room and any room can not belong to two different houses. If we delete the house - room will automatically be deleted.

Let’s take another example relationship between Questions and Options. Single questions can have multiple options and option can not belong to multiple questions. If we delete the questions, options will automatically be deleted. 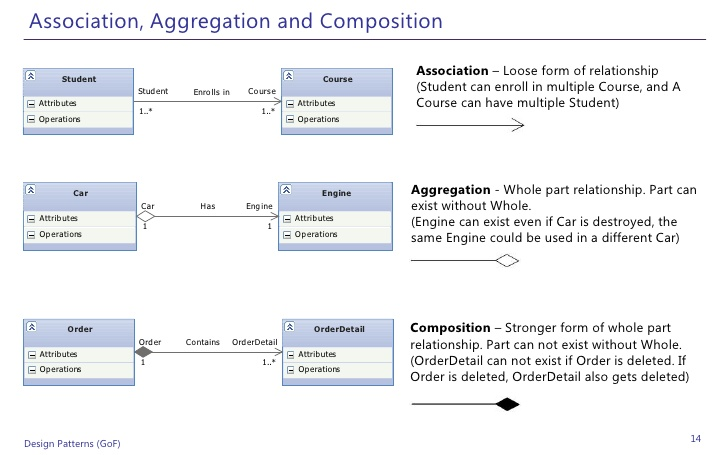 M.S(Invisible Tears)  thanks for sharing