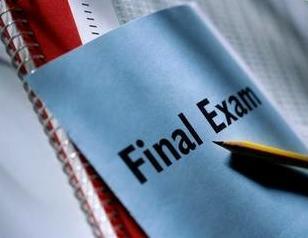 Here is the some subjective question that very helpful for exam

What are common problems related to Communication Network and Circuit designing.(2)

Diff between Forward And Cross Edge.(2)

Forward edge: (u, v) where v is a proper descendent of u in the tree.

Cross edge: (u, v) where u and v are not ancestor or descendent of one another.

Bellman-Ford applies relaxation to every edge of the graph and repeats this V − 1 times.

How the Dijkstra’s algorithm works?

What is polynomial time Algorithms, give example?

What Is Activity scheduling?? Give example

The activity scheduling is a simple scheduling problem for which the greedy algorithm approach provides an optimal solution. We are given a set S = {a1, a2, . . . , an} of n activities that are to be scheduled to use some resource. Each activity ai must be started at a given start time si and ends at a given finish time fi.

Answer:Kruskal‟s  algorithm  worked  by  ordering  the  edges,  and  inserting  them  one  by  one  into  the spanning  tree,  taking  care  never  to  introduce  a  cycle.  Intuitively  Kruskal‟s  works  by  merging  or splicing two trees together, until all the vertices are in the same tree.4).

how does the floyd warshall works?

Floyd–Warshall algorithm is an algorithm for finding shortest paths in a weighted graph with positive or negative edge weights (but with no negative cycles).

In computer science, Prim's algorithm is a greedy algorithm that finds a minimum spanning tree for a weighted undirected graph.

The Floyd algorithm is independently discovered by Roy (1959) and Warshall (1962) (Pemmaraju and Skiena 2003), which is the reason it is associated with all three authors.

question was related to Huffman encoding? (5)

Apply Kruskal's algorithm on a given graph? ..graph was given (5)

Apply Prim's algorithm on a given graph? ..graph was given (5)

overall paper was not so tough....but I found mcqs lil bit tough !!

Thank you so much ALLAH give you great marks

Floyed Warshal algorithm is in 41st lecture which is not included in the final term exam. are you sure that it was there?

For more papers & Final Tem Papers Preparation Material check all the featured discussions in this group one by one discussion.