Inflation has a dual effect of rising prices of essentials necessities and reducing the value of money, causing adverse affects on the economy. High inflation rate affects business sectors, household sector and specially the poor sector. It
reduces the level of the savings and makes difficult to maintain the current living standard. It increases of Cost of production, reduces Quality, making products less competitive in international market and affects  negatively balance of payment. To control inflation, monetary authorities increase interest rate, increases  cost of borrowing which reduce investment & consumption and leads towards high unemployment and low economic growth of the economy. Pakistan has been included in the list of countries having highest inflation rate in the world. History proves that Pakistan has the most unpredictable and varying inflation rate in the world. Major cause is political instability and the decline in the value of Pakistani Rupee which act as a hurdle to stabilize the inflation rate and such fluctuations are being observed on regular basis.You are residing in Islamabad and you are interested to know the annual fluctuations and variations of inflation rate in 2012, 2013 and 2014 in your location at both consumer level as well as the producer level.

Now go to your LMS interface and access a “4-page PDF Document: Price Indices Assignment MGT411.pdf” uploaded there in the “Downloads” tab. Get this document downloaded, extract
data and solve the following assignment:

For more help and detailed example download PPT file:” Nominal and Real GDP Calculation.ppt ” under the downloadtab at the VULMS of this course. Use the following data for nominal and real GDP:

Required : Determine the inflation rate  from the following perspectives for financial year 2013 & 2014 considering 2012 as the base year:

(Hint: Quantities remain the same for consum ers and vary for producers in the mentioned three years) 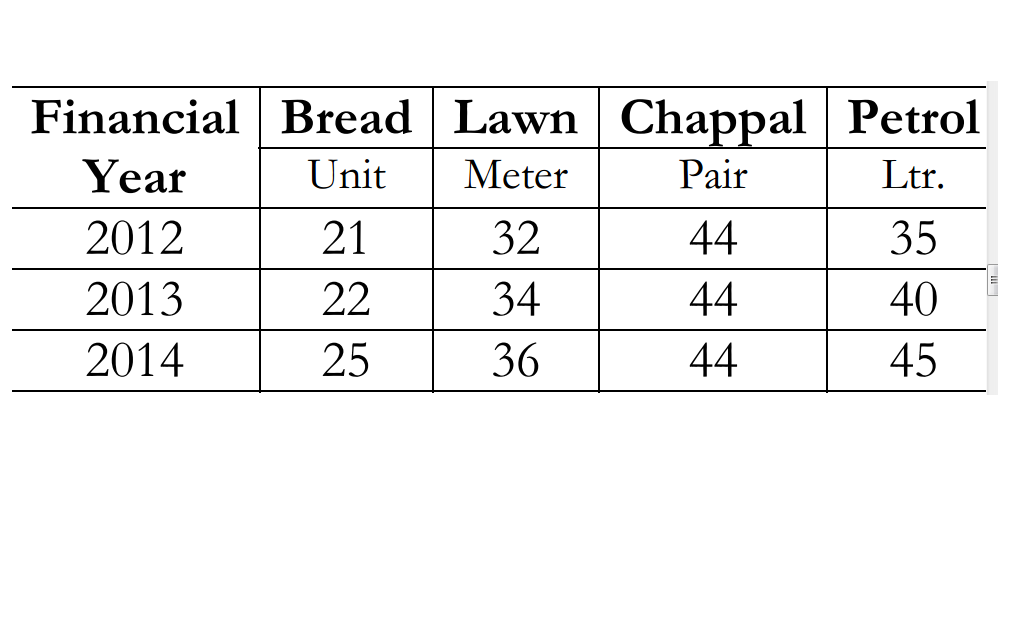 in assignment is cleary told that u have given a price of islamabad.

plzzzzz discuss about this assignment

ok then give me solution file hurry....

Formula for Nominal and real GDP

Calculate CPI, NGDP, RGDP and GDPDeflator for every year.

Pick price from the provided data of isl only.

In part b Take quantities as per table in the assignment file.

zohaib iftikhar left a comment for NOORI
1 hour ago

NOORI left a comment for zohaib iftikhar
1 hour ago

♦_"Tooba"_♦ replied to Muhammad Ashfaq's discussion GDB,MGT603,Globalization and its effects
3 hours ago

♦_"Tooba"_♦ liked shan's discussion what will be the future of PAKISTAN?
3 hours ago