Term Paper on the Launch Strategy of Knorr Pasta

This report forms the launch plan for Knorr Instant Pasta in the Pakistani urban market.

The launch plan has been constructed as an academic project for the course titled “Principles of Marketing.” The plan contains our views on the overall product concept and proposition, the product’s target market, positioning, communication, distribution, pricing, and a broad based business model that outlines projected financials subsequent to the launch of the said product.

Knorr believes in the power of the cooking woman. Cooking is more than just transforming raw ingredients into a dish. It is the creation of flavor into food, which sparks delight into everyday meals. With the power of cooking in their hands, women create relationships and strengthen bonds. This conviction lies at the heart of Knorr's success - it is Unilever's no. 1 brand.

A passion for good food goes right back to Knorr's earliest days. The business was formed in 1838, when founder Carl Heinrich Knorr pioneered experiments in drying seasonings and vegetables to preserve their flavour and nutritional value. Since then Knorr has become an international brand offering a wide range of bouillons, soups, seasonings, and other cooking aids that is every cooking woman’s kitchen partner. 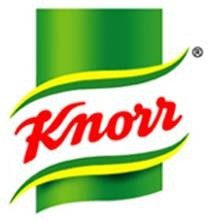 Soup is at the heart of good food and good nutrition - and the heart of Knorr. Soup naturally enjoys a healthy nutritional profile, can help consumers increase their daily consumption of vegetables and will help them look good, feel good and keep fit.

It is well known, for instance, that people who eat more soup tend to have:

Soup is a nourishing dish offering an almost primitive comfort. That is why Knorr will continue to create delicious soups, based on its long experience of producing soups of all kinds and flavors.

Knorr is a trusted and popular brand, recognized and appreciated all around the world:

§ Knorr products are currently sold in more than 80 countries and it is growing fast beyond its European heartland, particularly in Latin America, Africa, the Middle East and Asia.

§ The Knorr logo contains the original signature of Carl Heinrich Knorr, the founder of the company.

A 1/2 cup serving of cooked pasta (spaghetti) contains a mere 99 calories, less than half a gram of fat, and less than 5 milligrams of sodium.[1]

Pasta comes in many different shapes and sizes. There are simple string-shaped pasta like spaghetti and vermicelli, ribbon-shaped ones like fettuccine and linguine, short tubes like elbow macaroni and penne, decorative fancy shapes like farfalle and rotelle, large sheets like lasagna, and hollow pasta stuffed with filling, like ravioli, manicotti, and tortellini.

Today's consumer has redefined traditional eating.  This "on-the-go" generation has created a demand for nutritional pasta that is quick to prepare and portable.

In recent years, research indicates that young urban Pakistanis have continued to find lesser and lesser time to actually “cook” the food they eat, while its demand for tasty and healthy food that can be conveniently prepared at home continues to grow.

Therefore, we would like to introduce the concept of “Instant Pasta” in order to capitalize on this market dynamic. The concept can be described as follows:

After careful analysis of the market as well as consultation with the Knorr brand team, we have identified the following market segment to be targeted as ideal consumers for Knorr Pasta:

2. N: Number of Buyers in the Market Segment.

3. Q: Quantity purchased by an Average Buyer per Week.

§ The total population of Pakistan is 160 million, according to unofficial estimates. [3]

§ The average household size is 5 in the target market segment identified above.2

§ Hence, there are a maximum of 32 million households in Pakistan, (assuming that the average household size stays constant across various geographies in the country.)

§ According to human development index (HDI) statistics provided by UN, 15% of Pakistani population is below the poverty line i.e. in absolute poverty.

Based upon the buyer and consumer behavior mentioned above, the average units bought per week per buyer is 6.

Knorr Pasta would be sold at the price at Rs.15/- per unit.

Note: According to estimates received from Unilever, Knorr Noodles currently has 30% share of this potential market.

At Knorr, we want people to enjoy good food, any day, any time. This is why we would like to functionally describe Knorr Instant Pasta as follows:

“Knorr Instant Pasta is a ready to make, healthy and tasty meal specifically developed for children and teenagers. It is quick and convenient to prepare and comes in a variety of flavors.”

We intend to communicate what Knorr Instant Pasta should mean to our profiled ideal buyers (i.e. housewives within the targeted market segment) and consumers. It is much more than merely an instant meal. It is a passport to world cuisine, adding new ideas and new twists to old favorites. The challenge is to make our products the healthy choice for consumers without compromising taste, convenience and affordability.

Knorr’s value statement is as follows:

“Great food is exhilarating. It elevates us out of the everyday. No matter what your background or cooking skills, we believe that everyone should be able to create an incredible meal without having to spend hours in the kitchen. That's why we've taken some of the world's greatest pastas and put them right in your home - inspired by different recipes that stimulate the senses.”

Knorr believes that good food matters. It adds untold pleasure to our lives. And everyday meals can be just as magical as special occasions.

Food is not just fuel, it really is the glue of life.

Based upon the above, Knorr Instant Pasta will be positioned in our target market as follows:

“A food solution that elevates you out of everyday life and provides you the exciting ability to create an incredibly tasty meal without any hassles and thus ensure your family’s good health while remaining within your budget.”

Detailed financial forecasts are enclosed in the attached annexure. These forecast have been made based upon the information provided below

Once the test marketing stage is over, the average monthly volume for Karachi will be taken as benchmark and the following volume split is expected across the country.

Knorr Instant Pasta will be priced along the corporate policy of having sustainable and premium profit margins. The average operating margin for all Knorr products sold in Pakistan is 40%.

Customers usually have a reference price in their mind for a particular product and therefore they might compare the price of knorr instant pasta with the price of knorr noodles. Therefore we have priced it for Rs.15 as in knorr instant pasta we have kept a pasta sauce rather than a powder which makes it different from the knorr noodles and also the cost production increases.

Knorr Instant Pasta will be distributed in the market using standard distribution mechanics for all existing Knorr products.

Distribution is carried out as follows:

1. The exclusive distributor for Knorr buys from Unilever and sells it to various whole sellers in the target market cities. Since these are high volume sales, per unit margins are relatively low.

2. These whole sellers then sell to retailers at a higher margin but lower volumes.

3. Retailers then sell to consumers.

Along with the abovementioned, the Sales Force for Knorr is structured to facilitate the entire process. The structure is as follows:

• Relatively efficient Use of ATL Media:

– Electronic (min 45 sec TVC to break into the clutter)

– Ads in selected magazines and

• Create a strong brand association by means of an emotional theme in communication highlighting the important role the brand plays in terms of care and health of the family.

• Own a unique position in consumers’ mind through elaborating the functionality of the product and try establishing the position as in the positioning statement.

At the launch phase, emphasis should be placed on BTL marketing activities that will be supported by ATL at the follow-up stage.

§ A slice of life TVC for 45 seconds will be developed to thematically portray the positioning statement in a creative and engaging manner.

§ Subsequently, shorter adaptations of the TVC will be developed.

§ The TVC will also be adapted into a radio commercial.

§ The electronic media will be adapted visually

§ The Knorr tagline will be retained as is.

Out of Home (OOH) Media

Out of Home (OOH) Activation

Product awareness will be given via a branded kiosk/stall placed inside the cafeteria/near the tuck shop. The kiosk attendant will be responsible to educate potential customers as well as generating interest and desire while inducing trial.

A non exhaustive list of educational institutions where the activation will be conducted is as follows:

The activation of educational institutions will be replicated at various shopping malls across the city. Along with awareness and trial objectives, interest in the product’s offering will be enhanced through various competitions, games and prizes.

This activity will be conducted at the following venues:

POPs of super stores and super markets will be activated using an idea called “Planet Knorr.” The details are as follows:

A particular segment of the Super Store will be dedicated as Planet Knorr, which would have:

§ A store converter – an educated and pleasant female promoter that will pitch to every (potential) consumer that ventures to that particular area. She will inform them about the product, induce tasting, and persuade for trial purchase by attractive introductory/ discount/special price offering.

§ Electronic Screens in Super stores that run the TVC for Knorr Instant Pasta.

§ Attractive POP to be placed at strategic locations of all the major outlets. These would include lamas, shelf talkers and wobblers. 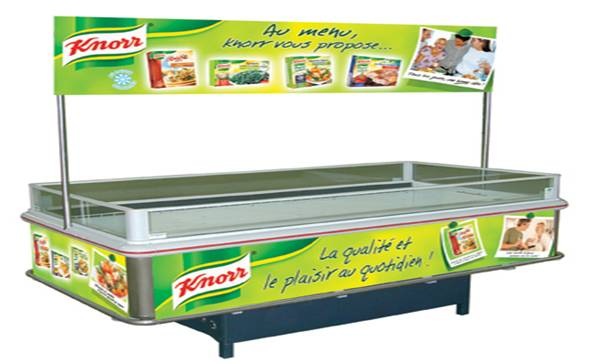 Potential consumers visiting Universe Cineplex, Karachi will be tapped using the branded kiosk approach. However, the difference here is that there will be no sampling. However, Knorr Instant Pasta will be served in a pre-cooked form on a per serving basis.

Furthermore, an unannounced lucky draw will be conducted at every show’s interval and the winners will receive a free serving of Knorr Instant Pasta.

Cafeterias/canteens and tuck shops of selected schools/colleges/universities will be activated via branding using the communication campaign’s visual adaptations. Furthermore, since Knorr Instant Pasta will be served at these venues at subsidized prices, it is likely to generate greater trial and repeat purchase.

Post launch, a press and radio driven consumer promotion will be designed to invite consumers to share their own innovations and customizations to Knorr Instant Pasta Recipes.

The first prize would be Rs.100,000/- along with recognition in the form of the recipe being printed on the packaging along with the customer’s photo (if they so desire).

Retailers will be provided a lot of branding and merchandizing material including customized dispensers.

Also, tiered trade discounts will be given to retailers to increase their off take vis-à-vis Knorr Instant Pasta.

The trade terms will not simply be 2 N net 30. However, a special trade discount structure during the launch period will comprise of:

The launch year marketing budget is as follows: