Allah's Messenger (saws) said: ‘Nations were displayed before me; one or two Prophets would pass by along with a few of their followers. A Prophet would pass by accompanied by nobody. Then a big crowd of people passed in front of me and I asked, 'Who are they? Are they my followers?' It was said, 'No. It is Moses and his followers.' It was said to me, 'Look at the horizon.'…

A mini hotel has just opened in Madrid made entirely of garbage. The trash has been sterilized and used to build a centrally located hotel with five double rooms. It is the work of German artist Ha Schult, timed to coincide with Madrid's hosting of the annual international tourism trade fair

Please Forgive me if i do mistake...

Please Forgive me if i do mistake... The more humble you are before Allah...

The More Humble You Are Before Allah...

From the words of Ibn Taymiyyah:"..

Ten Things You Will Never Benefit From..

Ten Things You Will Never Benefit From

There are ten things you will never find benefit in:

The First: Knowledge which is void of action.

The Second: Actions which are void of…

There are six stages to knowledge:- How bikes will look in the future..

Modern, urban examples of how bikes will look in the future. 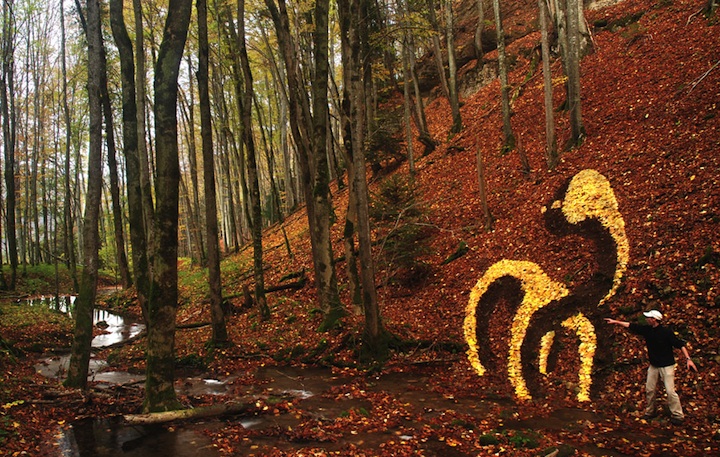 Sylvian Meyer is a 30-year-old self-taught artist whose inspired by nature. "It has always been central to my inspiration," he tells us. "She speaks to me, telling me stories. Sometimes it's the material that will attract my attention first. In this case, the place of creation is chosen based on the material. I then try and create a contrast of colors and/or shapes. The harmony between the place… Continue 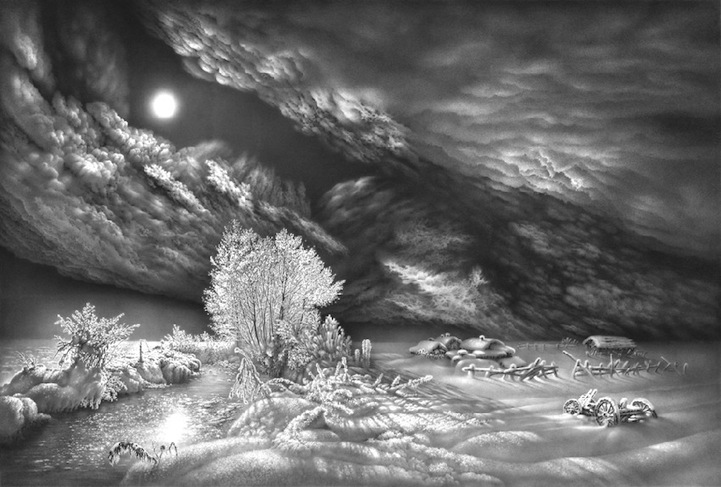 It's amazing what Guram Dolenjashvili can do with just a pencil. The Georgian artist creates black and white landscapes so realistic, if you looked at his pieces from far away, you could mistake his artwork for photographs. The way he controls light and shadow is especially impressive...… 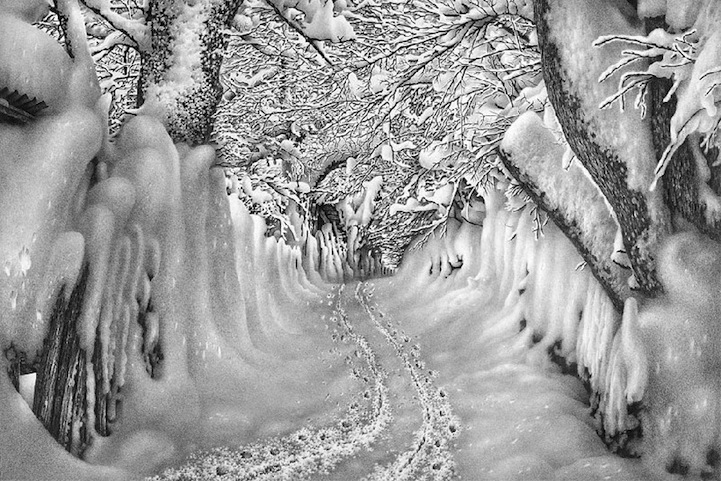 Urban Library of the Future 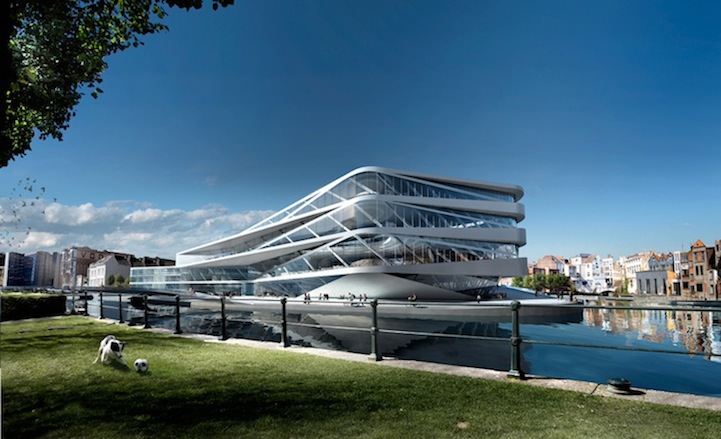 Amsterdam-based UNStudio recently submitted this proposal for the Urban Library of the Future and Centre for New Media in Gent, Belgium. The project features a dynamic, flexible environment with an open landscape, several meeting areas, and a public plaza. The sleek and sexy building is fluid in form and includes "green" roof terraces that…
Continue 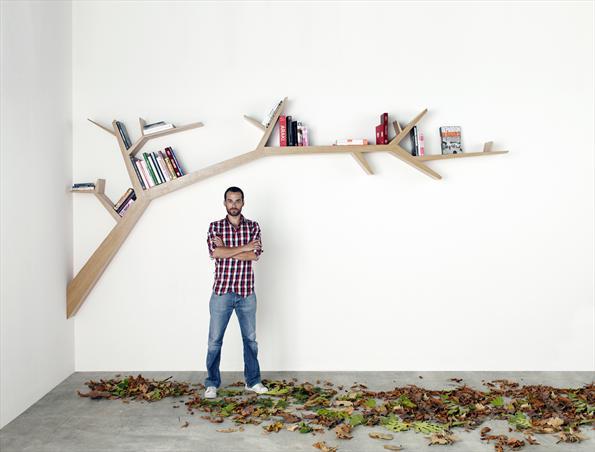 Designed by Frenchman Olivier Dollé, the Branch Bookshelf is the perfect, subtle way to bring nature into your home. Visually poetic and fully functional, the bookshelf is composed of more than 80 pieces of birch plywood and veneered oak wire.

Dollé grew up in the Alpes and trained at the Ecole Boulle in Paris. According to his website, his work is inspired by traditional craft and… Continue There's something incredibly beautiful about these shots by Matt Mawson. Taken while crossing Queensboro Bridge in New York City, the London-based photographer captures architectural structures grand in size and scale, yet magnificently eloquent in balance and symmetry. I love the urban vibe and industrial feel to these photos... … 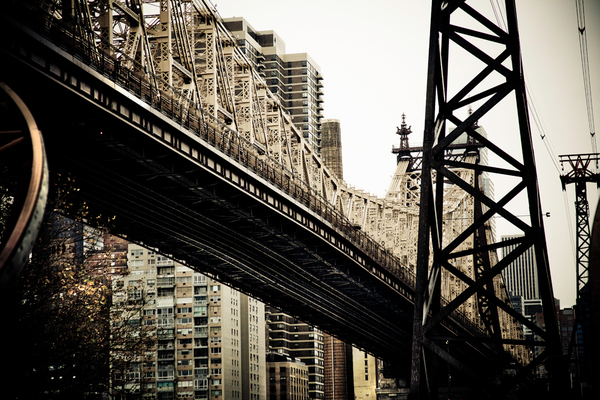 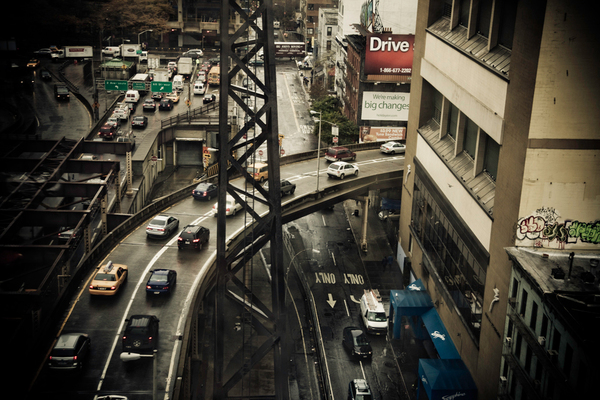 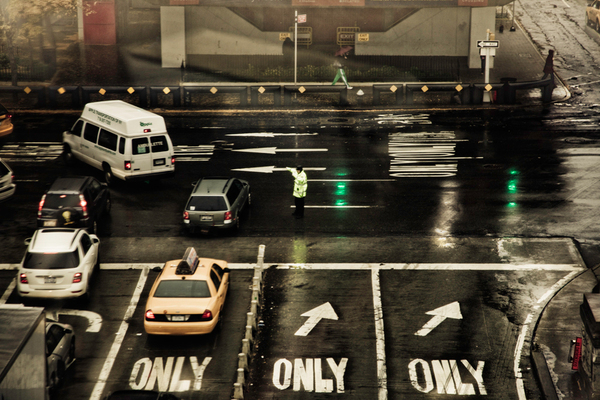 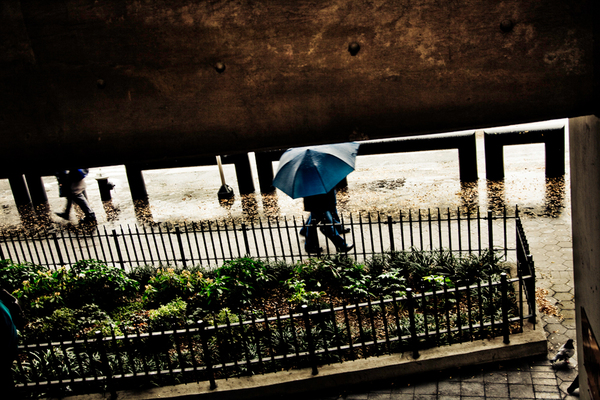