The Southern Namib desert is home to some of the tallest and most spectacular dunes of the world, ranging in color from pink to vivid orange. These dunes continue right to the edge of the Atlantic Ocean. The cold waters of the sea brushing against the dunes of the Namib desert is one of the most surreal sights.

The Pyramid Of The Sun In Mexico

Pyramid of the Sun, It was massive, one of the first great cities of the Western Hemisphere. And its origins are a mystery. It was built by hand more than a thousand years before the swooping arrival of the Nahuatl-speaking Aztec in central Mexico. But it was the Aztec, descending on the abandoned site, no doubt falling awestruck by what they saw, who gave it a name: Teotihuacan. A famed…

The Ancient Maytszishan Caves In China

Buddhist complex Maytszishan little known. It is located in Gansu Province in northwest China. This is a striking architectural complex, carved out of the rock. Maytszishan has 7,000 Buddhist sculptures and nearly 1,000 square meters of murals.

Maytszishan is just a few miles south of the Great Silk Road. Many of …

Why didn’t somebody think of this before

Hazrat Imam Ali R.A, the son of Abu Talib, the son of Abdul Mutlib, was the cousin of Holy Prophet (Peace be upon you). Hazrat Ali Bin Abi Talib (R.A) was born in Khana Ka’aba on 13th of Rajab on a Friday. The name of his mother was Hazrat Fatima bin-te Asad. Hazrat Ali was groomed in the family of the Holy Prophet and always proved to be a trusted companion. He was married to Hazrat Fatima-tu-Zahra, the honorable daughter of the…

How to Immediately Get Back Your Stolen Car !!!

A useful tip for car owners !!!

How to Immediately Get Back Your Stolen Car !

It is a fantastic idea for those who can't afford car insurance or Tracker System. I'm… How to Survive A heart Attack..!!!

Stunning Self-Portraits by a 17-Year-Old 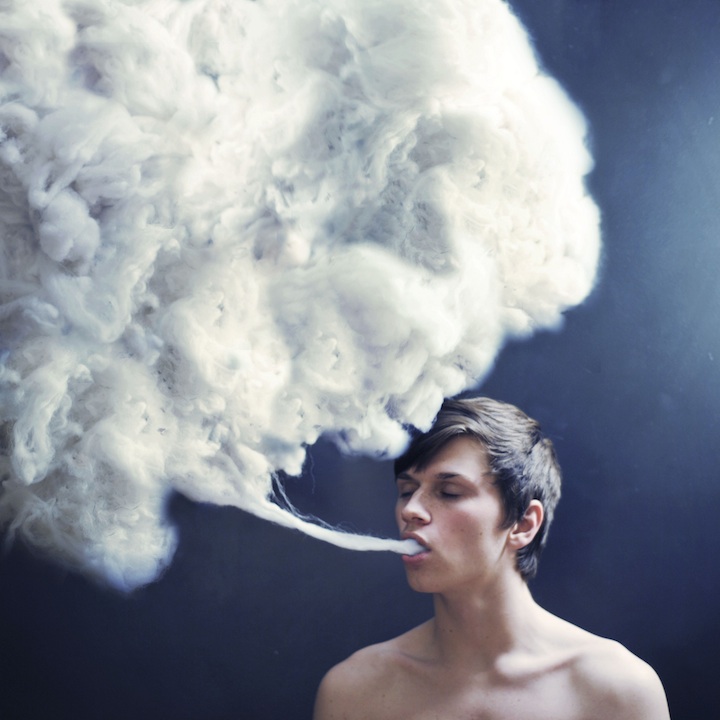 Like  Alex Stoddard is one of those talented teenage photographers who knows how to express themselves. His self-portraits are all incredibly unique and after viewing them you're left wondering where he's going to take you next.

What I enjoy most is that you can almost feel his passion come through. His commitment to not only executing on an idea but… 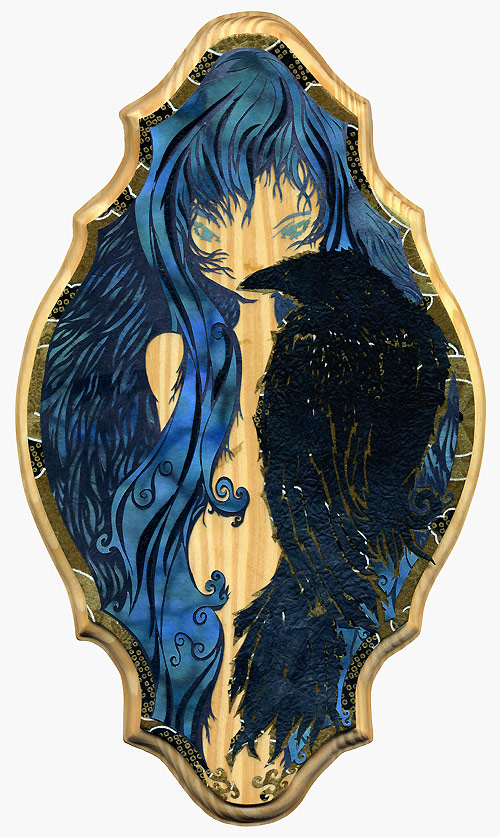 How incredibly beautiful are these paper cut creations? Made entirely of cut and torn paper (and often wood) in his studio in Tokyo, Patrick Gannon's artwork is a collision of American and Japanese pop-culture, mythology and mysterious creatures amid a landscape of jagged edges and gorgeous textures.

Here's how describes his work, "Layer upon textural layer, my… 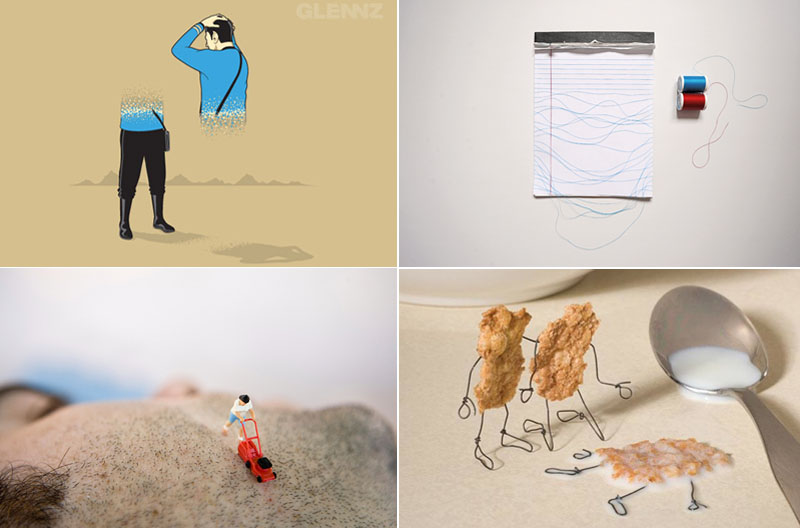 Though we feature a lot of artists here on theMET, there are only a few who we believe are unbelievably clever and witty. From Terry Border, who makes everyday objects come alive, to Vincent Bousserez, who photographs the secret lives of little people, these artists create worlds we never knew existed. Through thought-provoking scenes and pop-culture references, these artists pull from our… 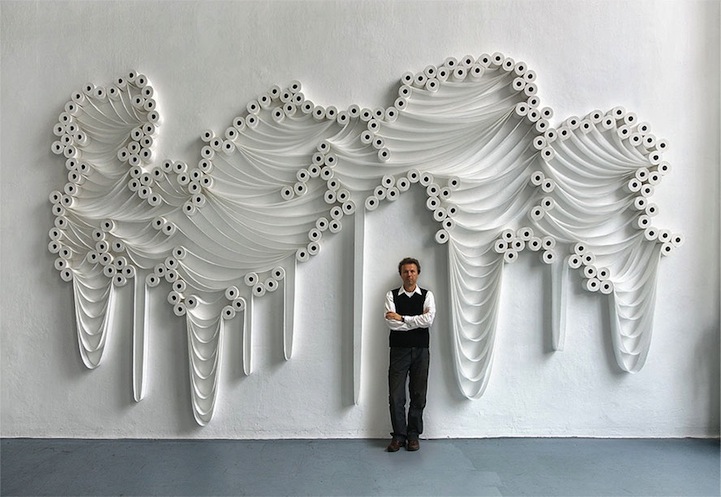 We've seen our share of  and even come across one that works with the  of used toilet paper rolls, but now we're mesmerized by these beautiful installations by artist Şakir Gökçebağ that use rolls of toilet paper in their entirety. The series of sculptural works titled Trans-Layers incorporate hundreds of rolls of white toilet paper, configuring them into abstract designs against an…

Giant Shoes Made of Pots, Pans, and Lids 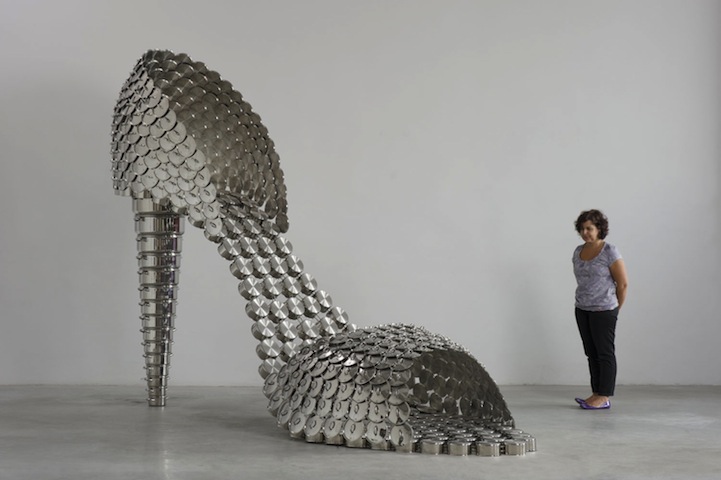 Paris-born, Lisbon-based artist Joana Vasconcelos takes everyday objects and transforms them into life-size replicas of high-heel sandals in her aptly titled series Shoes. Each towering shoe is constructed out of dozens of stainless steel pots, pans, and lids of varying sizes. These sculptural installations are really remarkable to look at and deconstruct, which makes it no…

Shocking Before and After Composite Portraits of Drug Abuse 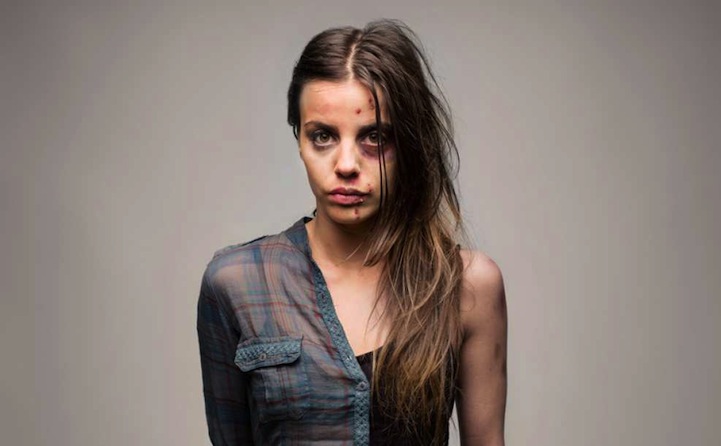 London-based photographer Roman Sakovich gives us a glimpse of the drastic visual differences that substance abuse can cause in his series titled Half. By splitting his subjects' style choices and physical appearances straight down the middle of their portraits, the photographer presents a before and after composite image that shows us two timelines—one of the addict (on the right) and one of…

The Tallest Bicycle In The World

It's hard to believe, but someone came up with the idea to build the world's tallest bike. And this one was the designer Richie Trimble. In the stories have already been attempts to build the longest or the most eco-friendly bike, but until now no one and had no idea. The unique 4.5-meter-long bike was designed specifically for the annual… Saiqa updated their profile
4 hours ago