Playful Balloon Chair Appears to Be Floating in Mid-Air 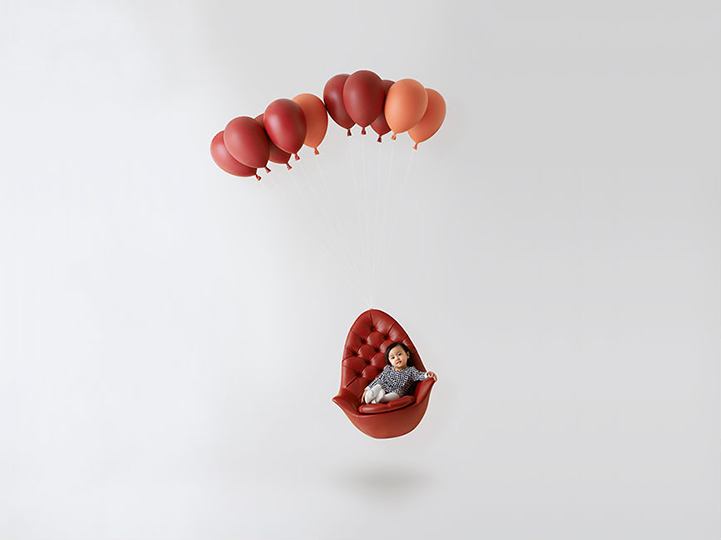 Director Satoshi Itasaka of Japanese studio h220430 is the mastermind behind this playful chair that seems to be suspended in mid-air. The Balloon Chair concept features what appear to be ten helium balloons attached by strings to a floating seat.

In reality, each balloon is constructed out of fiber-reinforced plastic (FRP) and a cord that are connected to the ceiling by hidden… 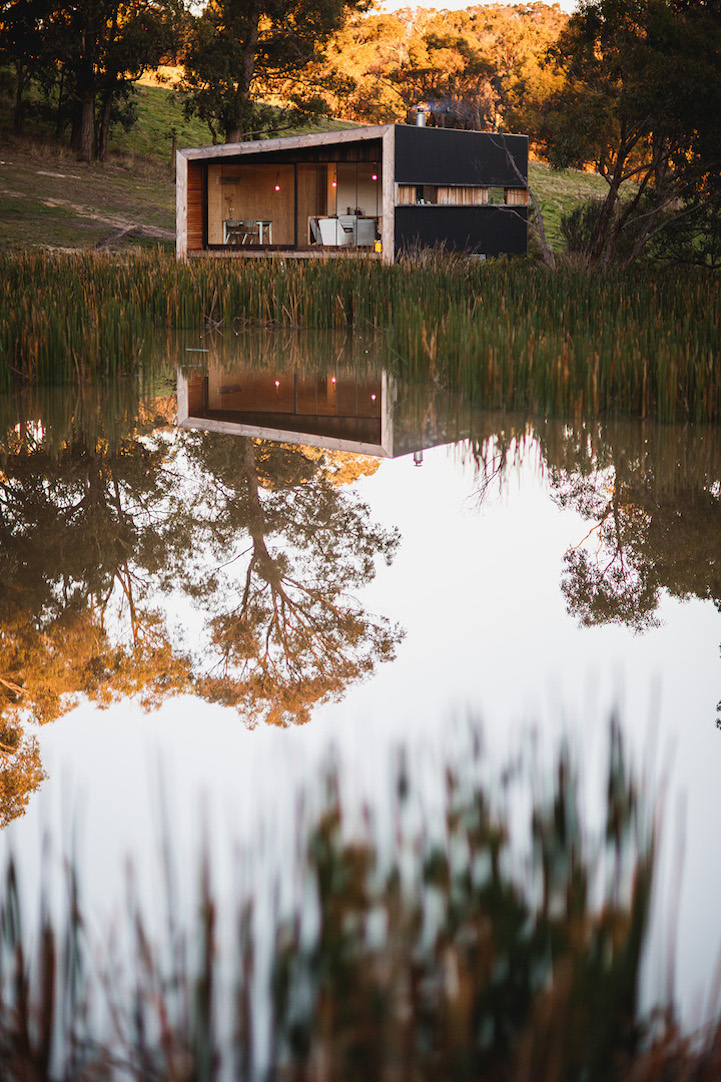 Repurposing a building and enhancing its intended use often yields beautiful results. The Pump House sits on a farmland property in rural Victoria, Australia, and was originally just a storage shed for its owners. Branch Studio Architects, a local firm, transformed the once-innocuous structure into a modern lakeside retreat.

From afar, the exterior looks like a black box… 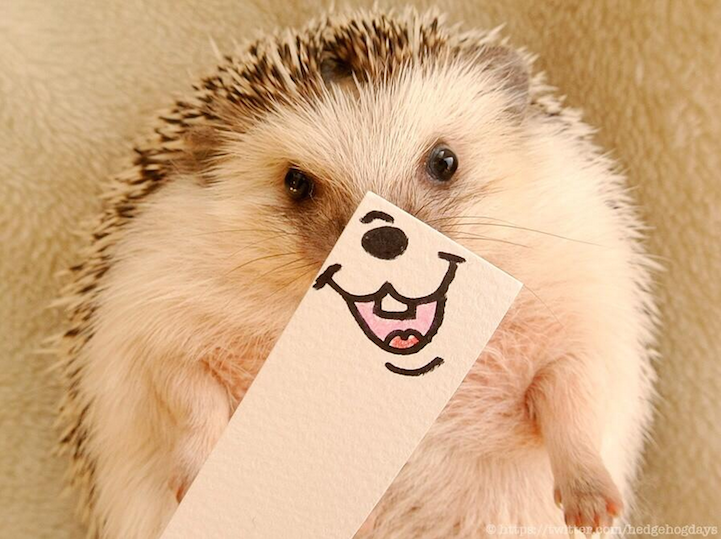 Marutaro is an adorable pygmy hedgehog with some serious Internet fame. The Japan-based celebrity has over 47,000 followers on Twitter, and more fans around the web. It’s not hard to see why - just look at that face! Marutaro enjoys getting his picture taken, and he is patient enough to pose with the silly, illustrated masks that his owners make for him. Sometimes he’s disguised with a… Metro transit maps vary from city to city, each with the important task of successfully navigating us from point A to B. There’s little consistency between maps, and this makes some easier to understand than others. Serbia-born, Paris-based architect Jug Cerovic moonlights as a map designer and worked to create a guideline called INAT that unifies transit paths around the world. He redesigned 12… You’ve maybe heard of travelers who trade their hotel room for a , but what about a former fire truck? Probably not. Located on the Inshriach House Estate in Aviemore, Scotland, the Beer Moth hotel is a unique accommodation meant for two people. It’s converted from a vintage 1956 Commer Q4 fire truck with modified features that include a Victorian double bed, a door… 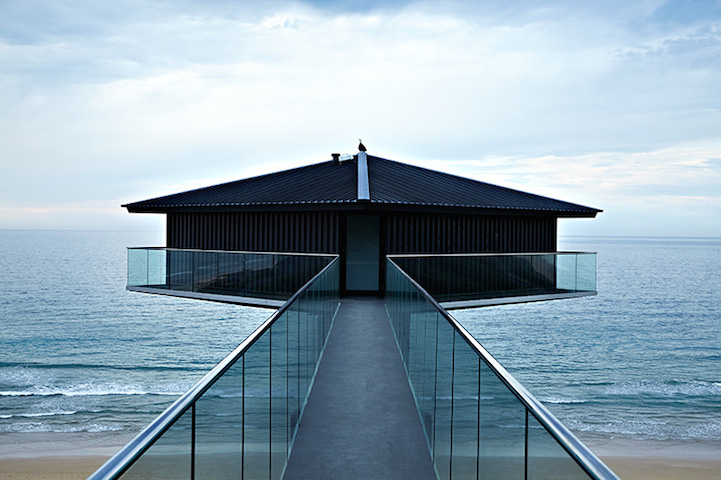 Stationed above the coast on Great Ocean Road in Australia, The Pole House is a modern home with incredible views of the ocean. It was designed by F2 Architecture and is considered one of Australia’s iconic buildings, commonly referred to as the most photographed house on the road. It’s not hard to see why. The elevated structure sits on a slender-yet-sturdy pole with a long, suspended…

Impressive 3-Storey Treehouse Built as a Labor of Love 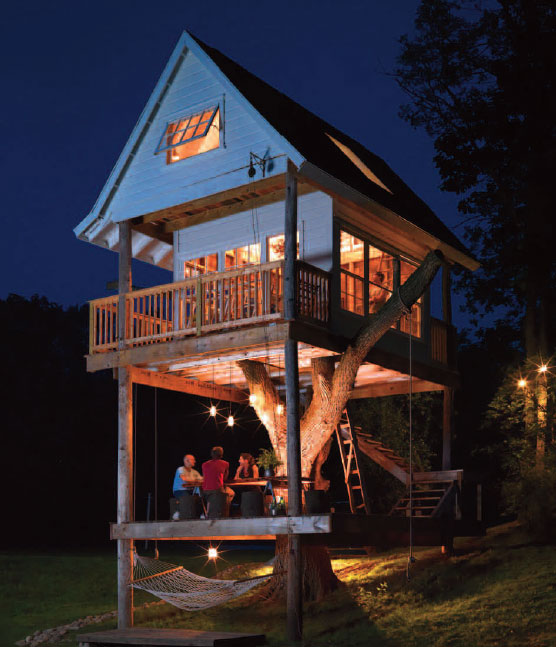 In 2004, Tereasa Surratt and David Hernandez purchased Camp Wandawega, his childhood getaway, with the intention of preserving its old buildings and cabins. Surratt’s father christened the newly-obtained property by hanging a rope swing on the giant elm located in the center of camp. Sadly, he passed away a year and a half later, and almost immediately afterwards the… 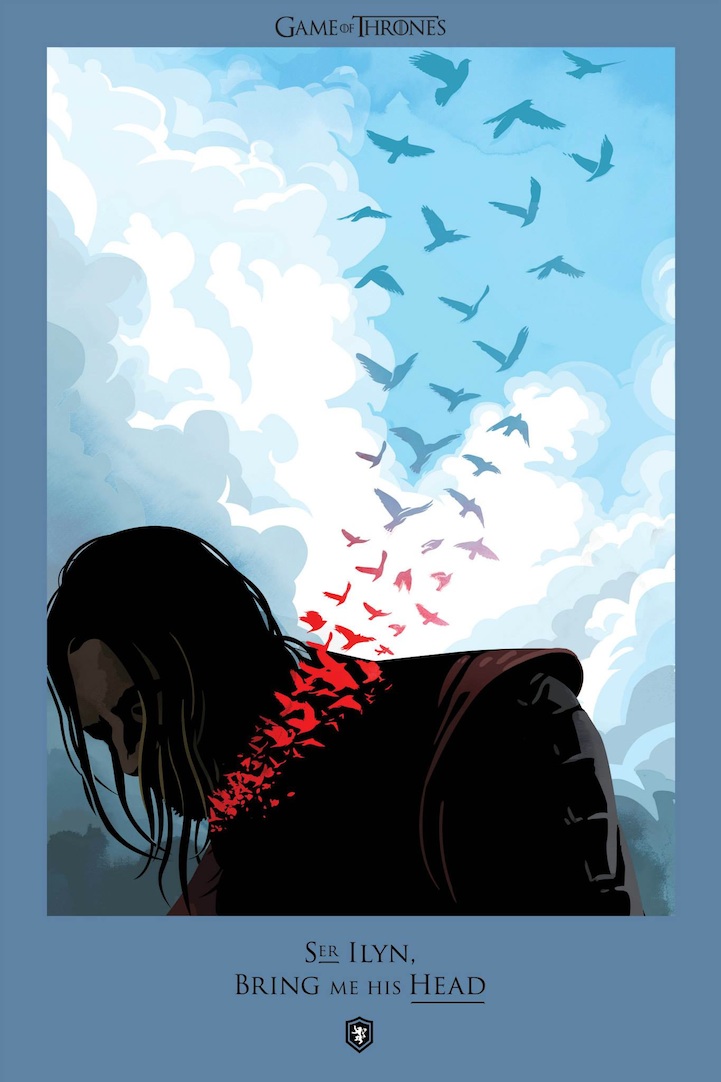 I can't think of any other more beautiful artistic tribute to a television show than this one. Beautiful Death, by studio agency 360i and artist Robert M. Ball, is an illustrated series that shows us the death or deaths that occurred in each episode of the HBO hit show Game of Thrones. So far, each episode in all three seasons… Artist Shota Tsukamoto and Darcy the Flying Hedgehog have a very special pet/owner relationship. The charming little gal is the model for Tsukamoto's series of playful photographs in which she has unexpectedly cute interactions with things like a group of red cherries, a row of colorful cups, and a tiny little cactus. The popular series first became known through the artist's Instagram account… 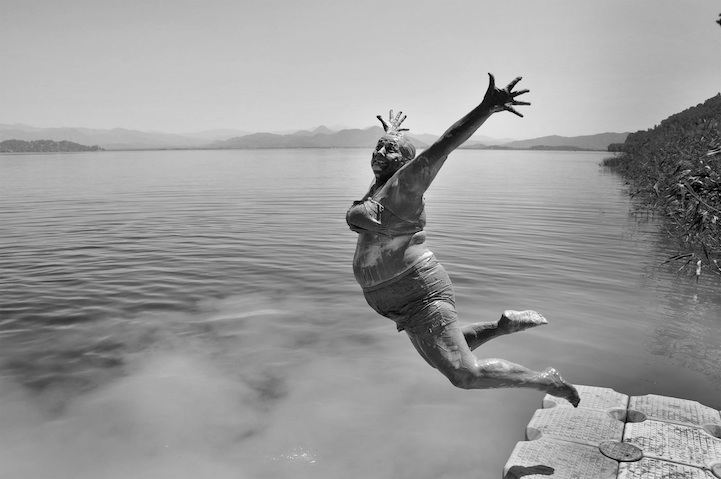 I love this photo competition! The winners of the Sony World Photography Awards Open, Youth and National Award competitions were just announced. After receiving over 70,000 entries from around the world, the World Photography Organization or WPO chose ten photographers as this year's Open winners. These individuals are not… 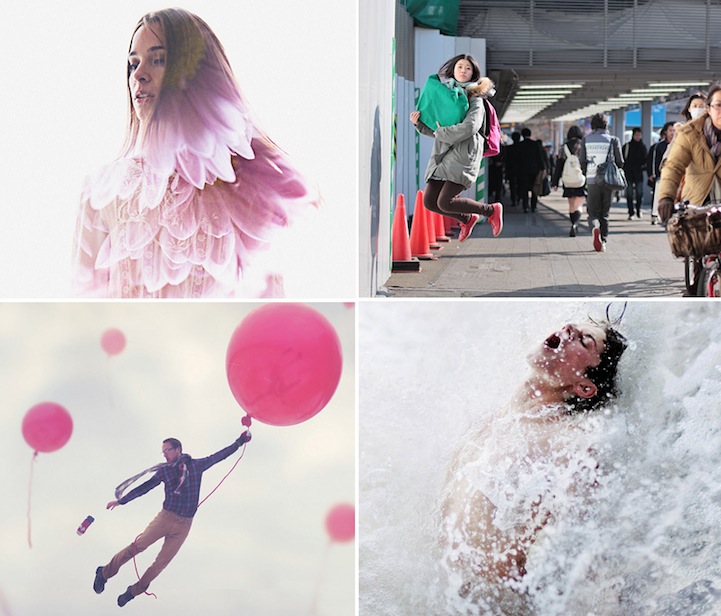 With the rise of cellphones and the popularity of apps like Instagram, photography has become a hobby many people have embraced. What makes an amazing photographer, however? How does one set themselves apart from the rest? Today, in partnership with eyewear company , we bring you six talented individuals who look at the world from a unique perspective. These…

Breakdancer Balances on One Hand at Famous Paris Landmarks Hip-hop dancer Kapstand gives us a tour of Paris while "freezing," or balancing on one hand. The b-boy technique involves stopping the body while in motion and then balancing very still. He started the project just seven months ago when he moved from north-east France to Paris. Upon his arrival, he wanted to visit all the famous landmarks of Paris and show them through photos… 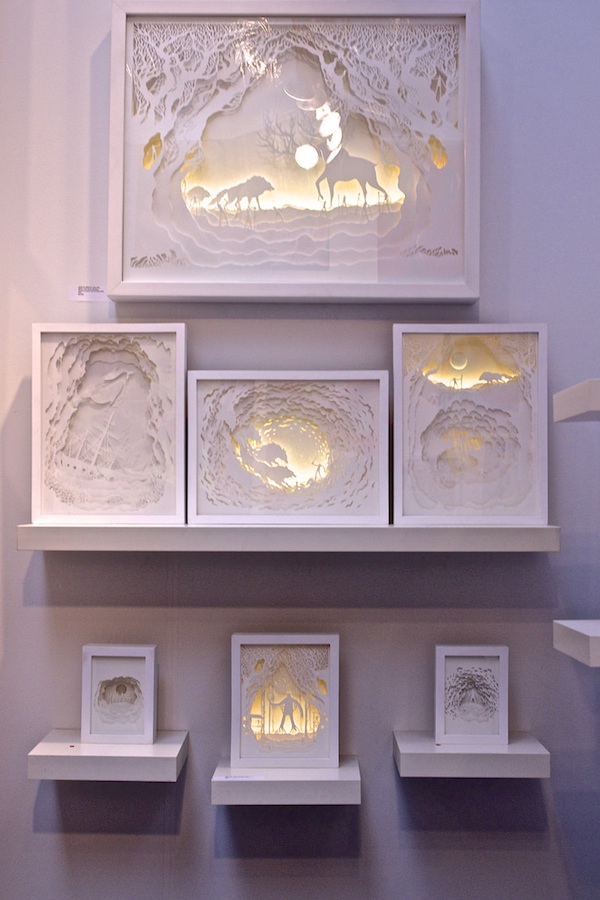 As part of this year's SCOPE NY art show, Black Book Gallery presented stunning hand cut paper works by artists Hari & Deepti. The creative couple, based out of Denver, Colorado, each brings to the table different skill sets. Hari, whose full name is Harikrishnan Panicker, is a trained graphic designer and illustrator while Deepti Nair specializes in paper cut art.… 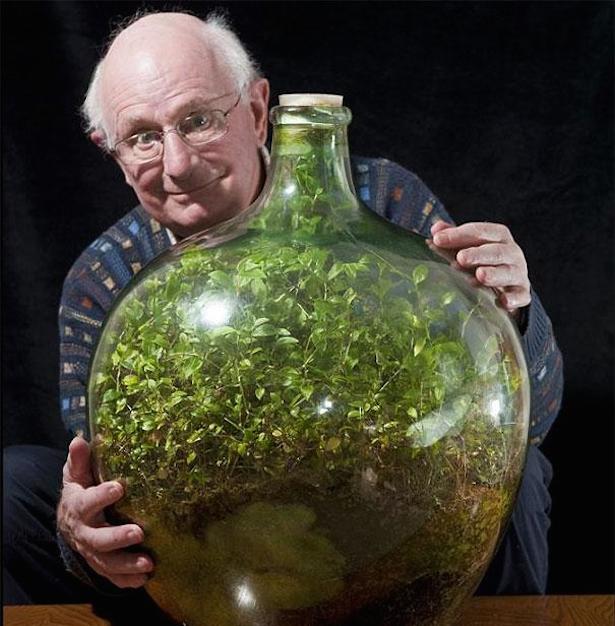 When David Latimer planted a seed in a glass bottle on Easter Sunday of 1960 out of pure curiosity, he had no idea that it would flourish into a mass of greenery that would thrive untouched for several decades. Now, over half a century later, the sealed bottle garden is still growing as vigorously as ever, filling the bottle entirely with lush plant life, despite the fact… London-based artist Grégoire A. Meyer creates flawless digital illustrations that evoke emotionally thoughtful reactions. He captures the essence of fleeting moments, like a splash of water or a disintegrating face, and freezes them in time in ephemeral objects that appear almost tangible. 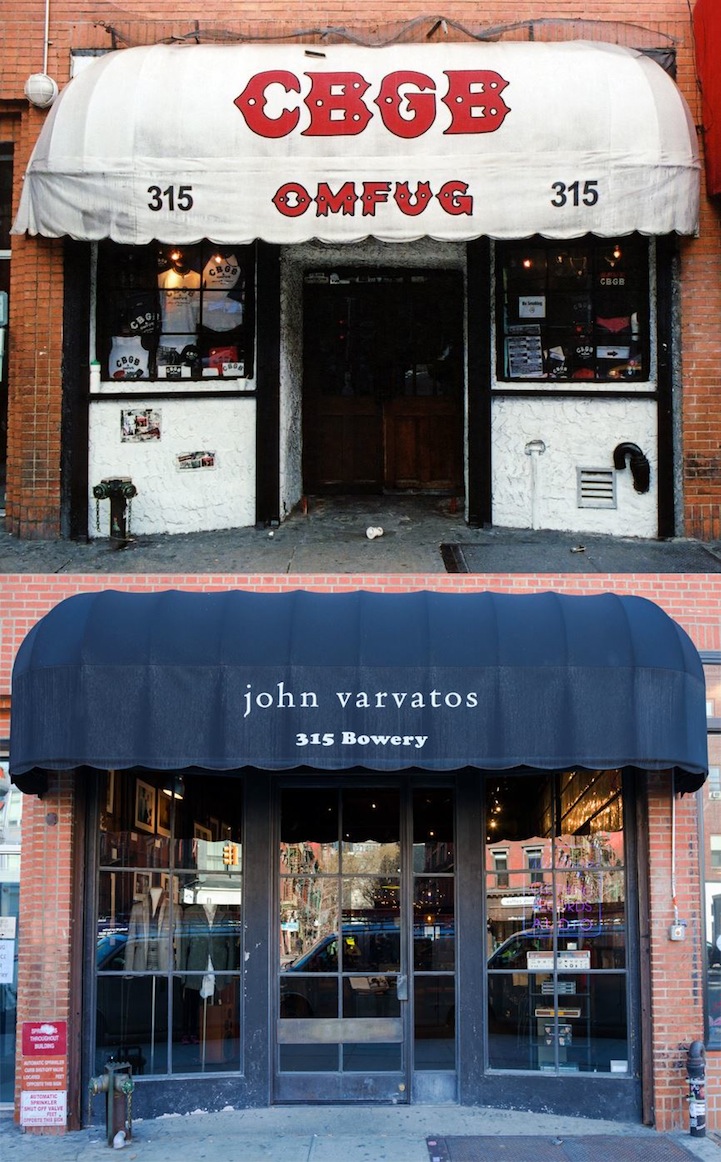 New York City is constantly moving and changing. Walking along the same exact city block can be an entirely different experience from week to week, with new stores and restaurants popping up all the time. This alluring self-portrait work is a combination of flowing body movements set against recognizable backdrops throughout New York City. The work features Spain-based multimedia artist Veronika Marquez in a slow dance across each composition. She performs for the camera and uses her body to express her emotions through elegant gestures.

With a graceful presence, Marquez… Nestled deep in the Quebec forest, La Luge is a vacation home that allows visitors to live directly amid the wonders of nature. Created by yh2 architects, the home was constructed out of cedar, oak, and walnut, with the darker and lighter woods separated into different sections to create very distinct spaces. Victoria Siemer, aka Witchoria, is a Brooklyn-based graphic designer who produces new and unusual realities by altering expected perceptions of space. She blends geometric shapes into natural landscapes to produce the sensation of upside-down, backwards, and fragmented reflections. 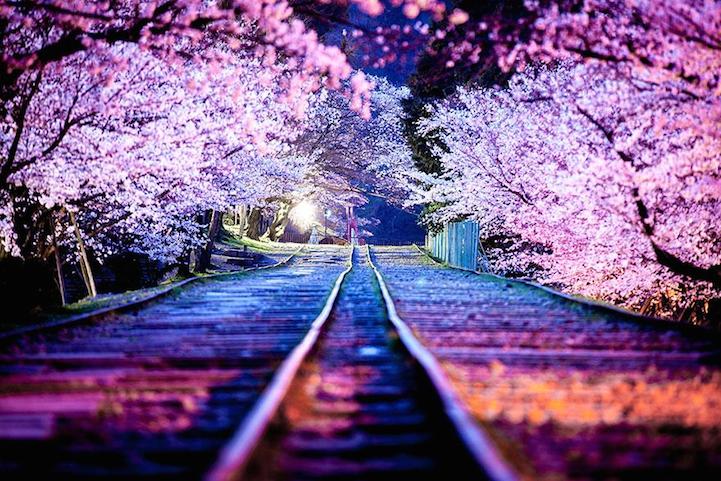 Spring is finally here, bringing with it warmer temperatures, brighter skies, and fresh green buds. For people living in Japan, the arrival of spring signifies one more thing: the beginning of cherry blossom season. Cherry blossoms, or sakura in Japanese, are a cultural symbol of Japan, admired for their delicate pink beauty and short lifespans. Each spring, they bloom in waves…

EDU654 Addressing problems of learning through technology and pedagogy

Seoul updated their profile
2 hours ago

Ezzah updated their profile
4 hours ago

+EH+ updated their profile
4 hours ago