The  2013 is now well underway! With over 1,000 entries so far, it's going to be tough for the judges to pick out their favorites. If you'll remember, last year,  won the top spot for her perfectly timed photo of a tigress in a Thailand zoo shaking off water, sending what looked like millions of water droplets into the air.

As usual, participants can submit photos in any or all of these three categories: People, Places and Nature. The grand prize winner will receive $10,000 and a trip to the National Geographic headquarters in Washington, DC. to participate in the annual National Geographic Photography Seminar in January 2014. The contest ends on November 30th so make sure  before it's over.

Now, for your viewing pleasure, here are 10 stunning standouts. Love the little owls!

Above: Eastern Screech Owls like to take over woodpecker nests that have been dug out over the years in pine trees, which are the main species of tree at this swamp. Fish and wildlife also paint a white ring around the base of a tree that has active nests in order to avoid when conducting controlled burns. Screech owls can range in height anywhere from 8-10 inches, so you have to have a sharp eye to find these little birds of prey. I spent the first few weeks of April this year photographing the grey morph screech owl that was living in the nest and had no idea there were three owlets inside.
Photo and caption by Graham McGeorge/National Geographic Photo Contest 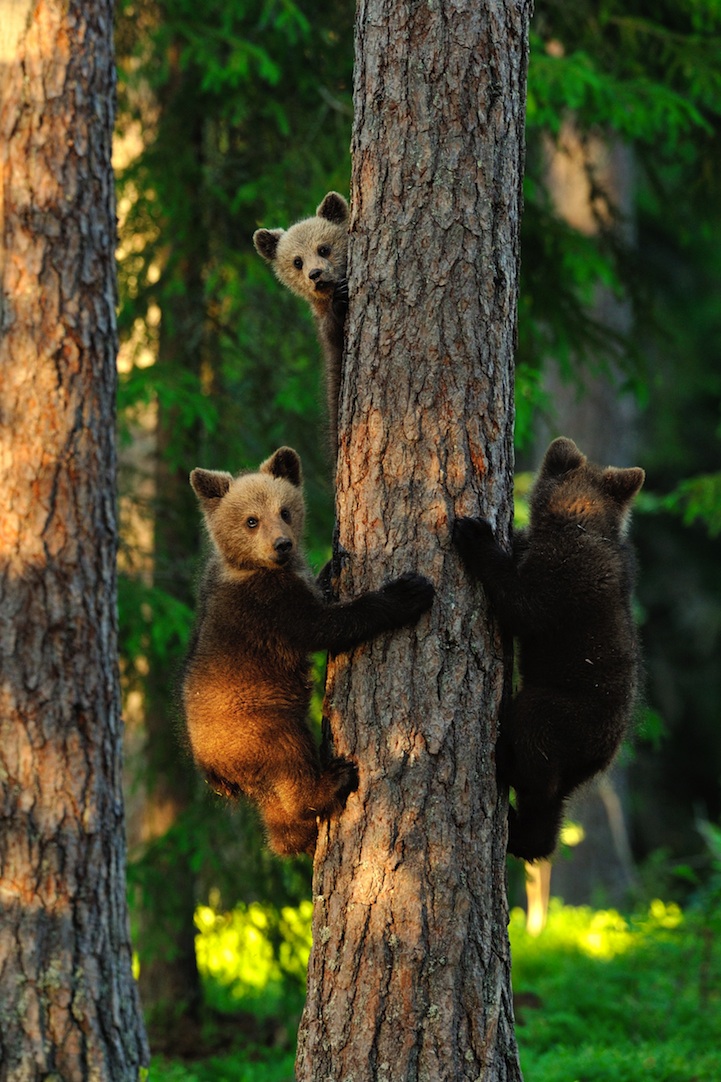 The picture is captured using a special hide placed to the primeval forest in Finland. High trees offer protection to the brown bear cubs being vitally important to survive from all the dangers around them. Bear cubs are threatened especially by the other male bears, who might attack and take their lives without any doubt. Thus, fast climbing on trees is one of the most important skills for bear cubs in order to survive and they are always ready for it.
Photo and caption by Graham Erik Mandre/National Geographic Photo Contest Indonesian farmer herds an army of ducks into rice field at dawn. Ducks are free to roam into rice field to remove insect and plant pests as they fertilize the young rice plants with their droppings.
Photo and caption by Yew Kiat Soh/National Geographic Photo Contest 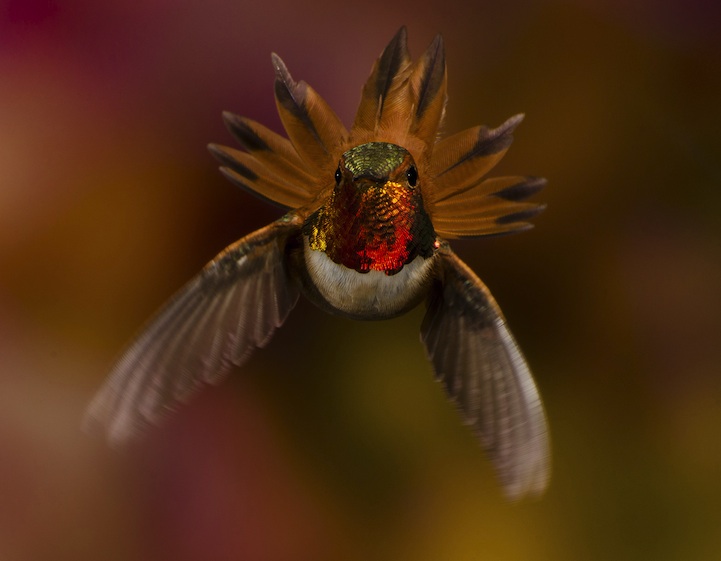 While photographing hummingbirds in British Columbia I shot this male Rufous just as he fanned out to show his authority when another male Rufous appeared over my head.
Photo and caption by Scott Bechtel /National Geographic Photo Contest 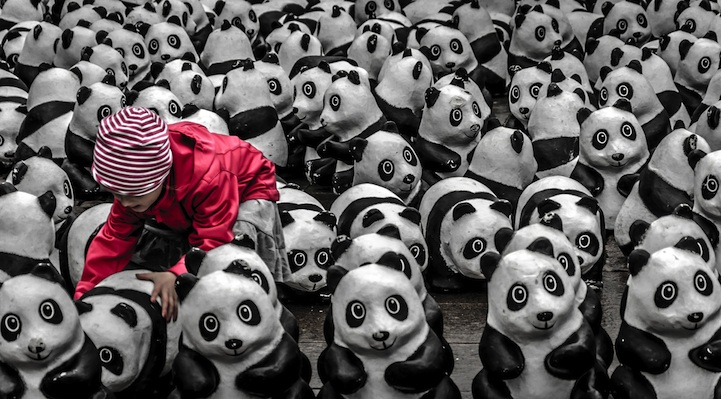 This picture was taken during my trip to Hamburg, Germany. When I went to the city center, suddenly I saw 1600 styrofoam panda bear sculptures stand on display in front of Hamburg City Hall by a nature conservation organization. This is part of the campaign to draw the attention to the fact that only 1600 panda bears remain in the wild. The display has traveled to 25 other cities in Germany.
Photo and caption by Teuku Firman/National Geographic Photo Contest 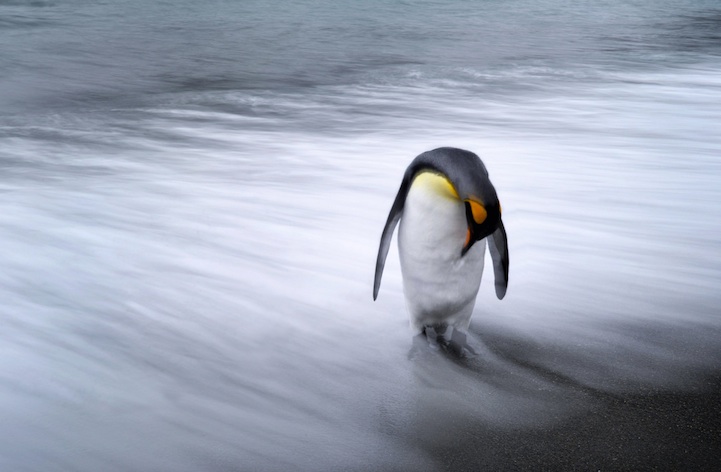 A long penguin standing in the surf on South Georgia Island.
Photo and caption by Max Seigal/National Geographic Photo Contest 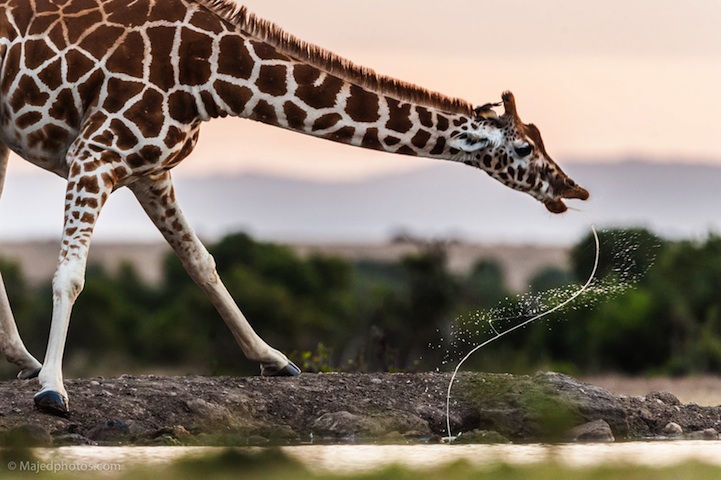 We just wanted to move to search for the leopard that morning but we found a group of giraffes coming towards a small lake that started drinking. It was a nice moment when the giraffe finished drinking and left a letters S with motion in the air.
Photo and caption by Majed Ali/National Geographic Photo Contest 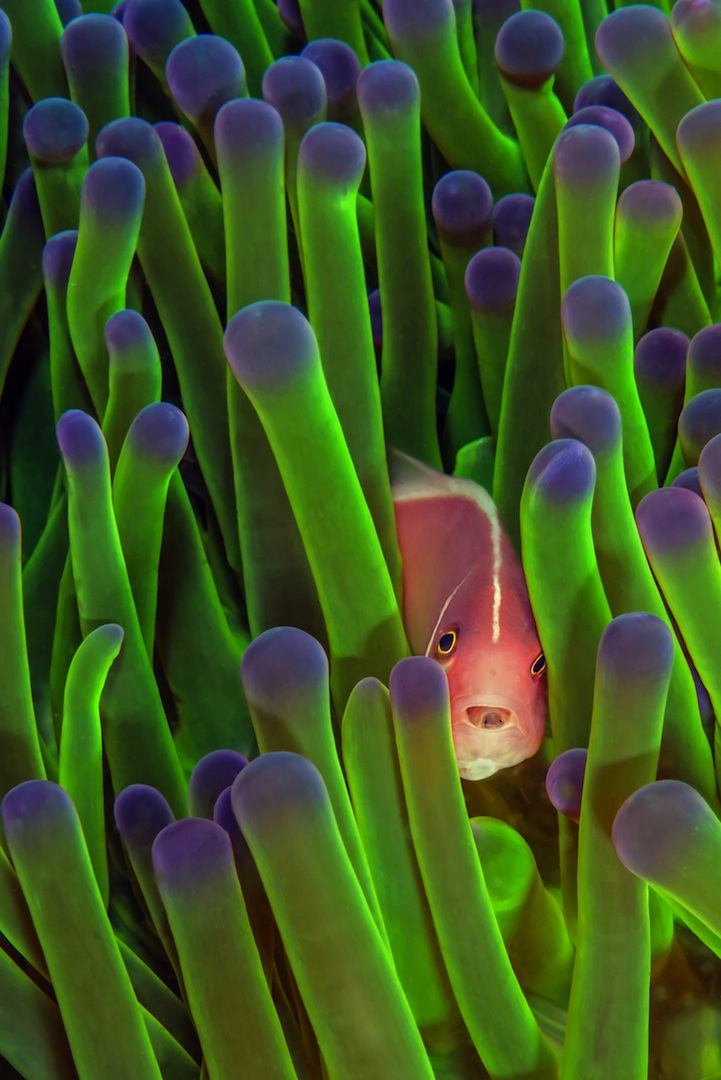 Rare photo of a tongue parasite in an Anemone fish, taken in Komodo, Indonesia.
Photo and caption by Peter Allinson/National Geographic Photo Contest 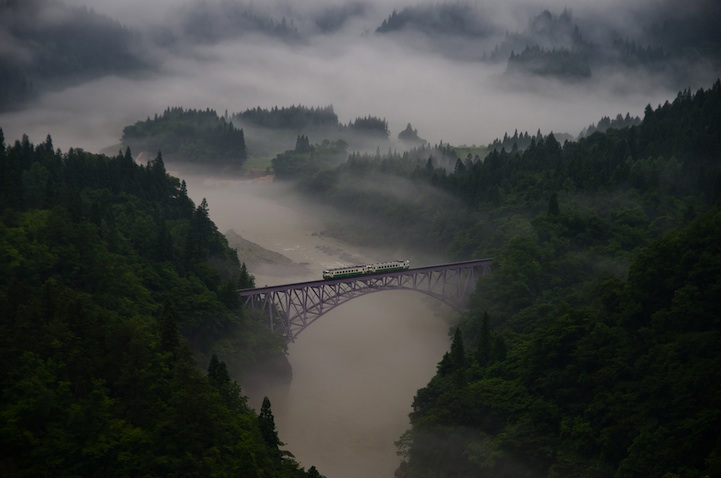 Taken at Mishima town in Fukushima pref. The first train goes across the railway bridge through in morning mist. The train moves forward little by little, slowly.
Photo and caption by Teruo Araya/National Geographic Photo Contest 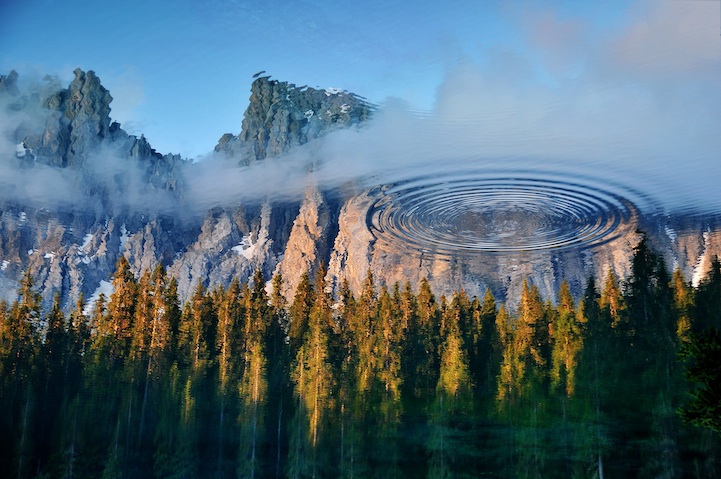 Carezza Lake is a pearl of the Dolomiti. Nestled between an ancient forest of grand firs and the Latemar Mountain is a place of legends and beauty. A nymph lives under its emerald waters. I threw a little stone in the water to add a little mystery to the scene.
Photo and caption by Antonio Chiumenti /National Geographic Photo Contest