For the December 2012 issue of , photographer Michael "Nick" Nichols journeyed to the Sequoia National Park in California in order to capture this image of the President, a giant sequoia that is the third largest tree in the world, if measured by volume of the trunk above ground.

Using a rig system made up of ropes, Nichols and his team raised a camera so that they could take shots of every part of the 247-ft-tall, 27-ft-wide giant. It took Nichols 32 days of work to photograph the tree and stitch together the final image from 126 individual photos, creating the first picture of the President captured entirely in a single frame. The result is a stunning image that shows the majestic tree in all its glory, towering high above the snowy ground and tiny people.

At over 3,200 years old, the President has stood witness to millennia of history—and it's still growing. The tree is one of the fastest growing trees ever measured, accumulating more new wood each year than much younger trees, proving that ancient trees still have plenty of life and energy left. With the sequoia's tough bark, healthy crown of leaves, and increasing growth rate, you can bet that this tree will still be around for centuries to come. 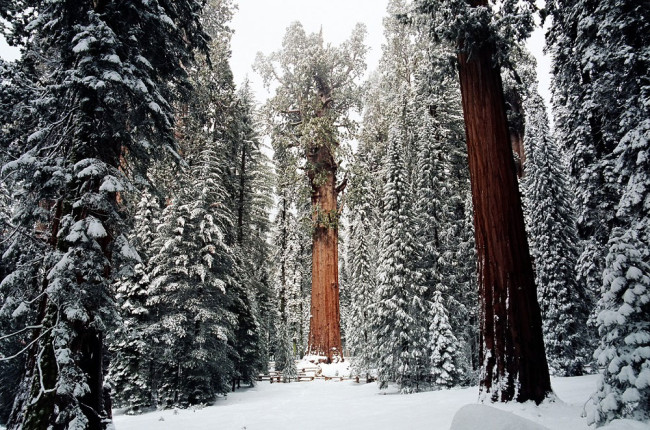 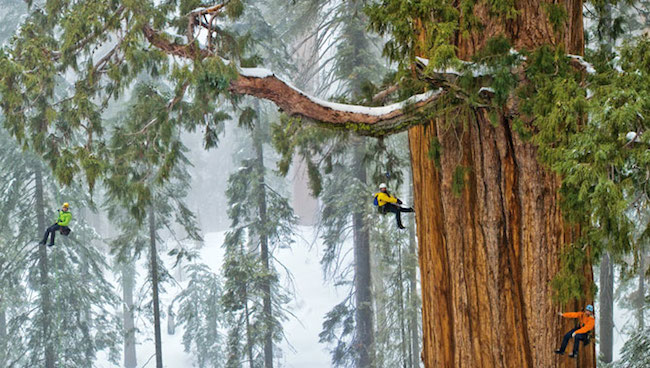 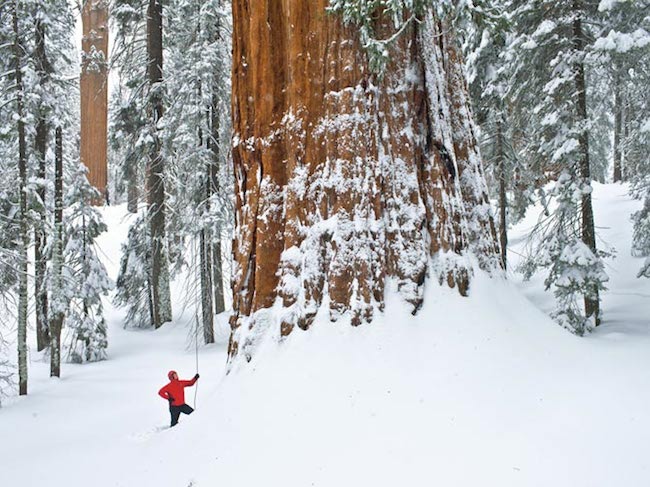