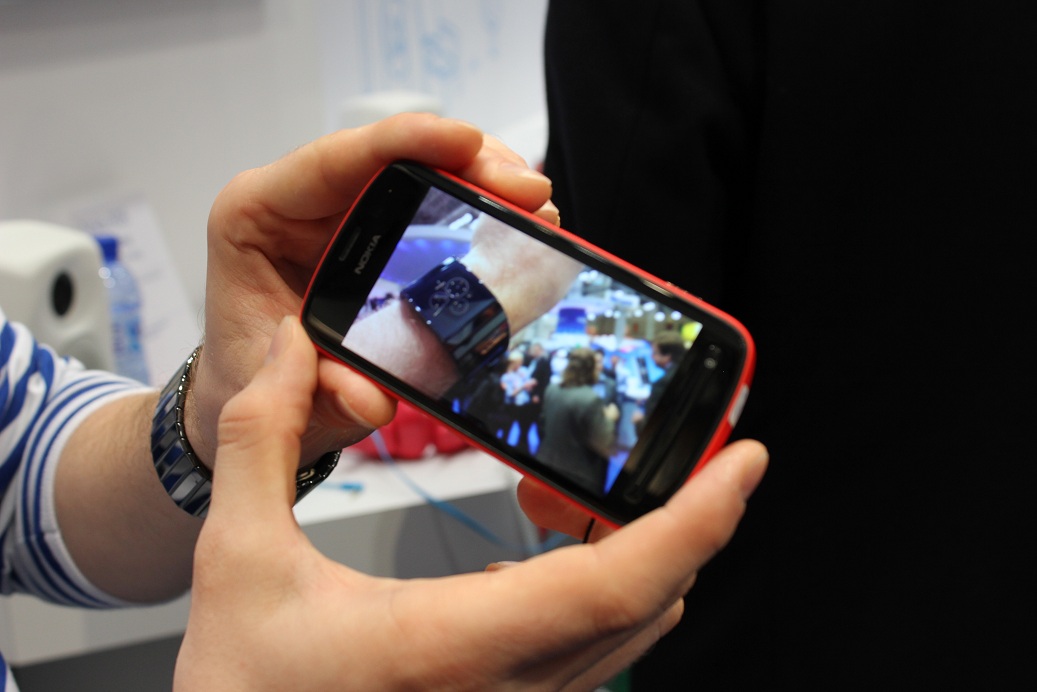 We just went hands-on with the Nokia 808 Pureview, the Symbian-running, super-camera-packing smartphone that Nokia has unveiled here at Mobile World Congress.
At 123.9x60.2x13.99mm, it’s not a large device by any means, but it feels quite chunky and heavy in the hand. Nokia has used a good quality plastic for the chassis, which feels almost soft to touch.

The 41-megapixel lens with Xenon flash adds some bulk to the phone, giving it a point-and-shoot-esque feel. Using the macro setting creates a great depth of field that could’ve gone from a dedicated camera.

Photos taken at the max resolution would clock in at 10-15MB per picture. The 808 PureView comes with 16GB of internal memory, expandable by up to 32GB in the microSD slot, which still isn’t so much that you’d want to freely load it up with 15MB pictures of your cat. So it’s likely you’ll dial down the resolution to a more regular five- or eight-megapixel count.

Zooming twice... and still high clarity!
It’s the high-megapixel count that allows 3x digital zoom without losing any quality. Pictures are brilliantly coloured on the four-inch AMOLED display, made of Gorilla Glass for added impact resistance.
The camera shoots HD video as well and records sound in stereo, compared to the mono of other smartphones such as the Samsung Galaxy S II or iPhone 4S, said our Nokia spokesperson. The sound can be turned up to an eardrum-decimating 145dB before distorting.
So far, so good. But once out of the camera, you land in the Symbian Belle OS, which is dated even in this new upgrade when compared to the fresh, intuitive design of Nokia’s Windows-powered Lumia range.

We found the virtual keyboard particularly clunky, with a lacklustre auto-correct and a slightly different keyboard from standard adding to confusion. Of course, if you get this phone,you’re getting it for its camera – and in our preview test, it really was astounding.
Keep an eye out for our full review and testing soon!

VU Student looking for a Job In Gujranwala?

Sophie and Adeel are now friends