9,000 Human Sand Silhouettes Serve as a Reminder of D-Day Just a few days ago, British artists Andy Moss and Jamie Wardley, of , produced this incredibly powerful visual display at the D-Day landing beach of Arromanche in France. The two developed this concept, entitled The Fallen, in honor of International Peace Day (September 21) and as a way to remember what happens in the absence of that peace.

In the interactive project, Moss and Wardley invited volunteers to help them create 9,000 drawings of human silhouettes along the sandy shores. A stencil was used to produce each figure, which emerged by raking sand into the designated shape. Upon completion of the ephemeral installation, the extensive series of human forms existed only briefly before being washed away by the incoming tide.

Before the event, Wardley explained: "The idea is to create a visual representation of what is otherwise unimaginable—the thousands of human lives lost during the hours of the tide during the WWII Normandy landings on June 6, 1944. There will be no distinction between nationalities, they will be known only as The Fallen. It does not propose to be a celebration or condemnation, simply a statement of fact and tribute to life and its premature loss." 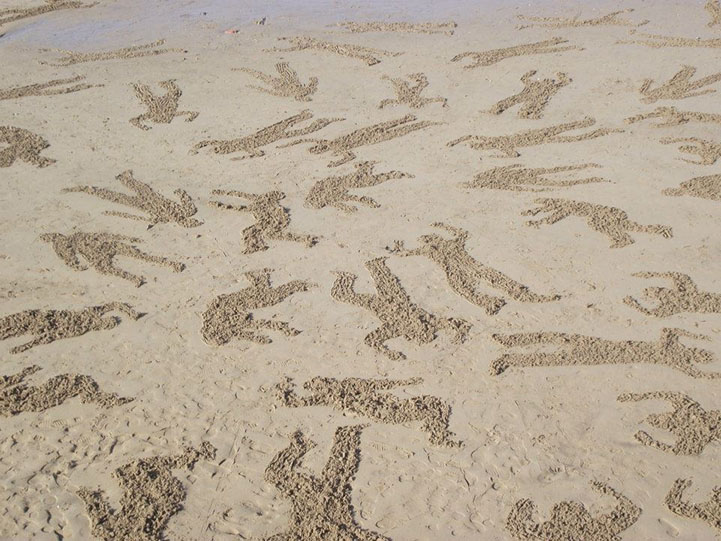 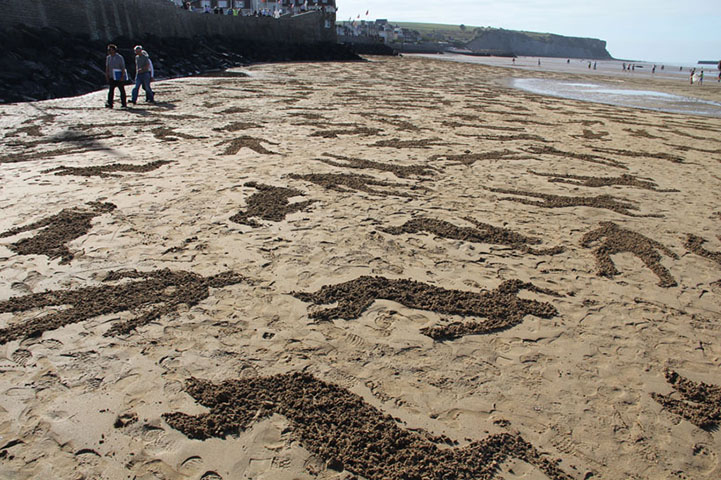 habib ur rehman updated their profile
17 minutes ago