A Young Girl Who's Best Friends with an English Bulldog From the day her daughter was born, Rebecca Leimbach has photographed the beautiful and budding relationship between the little girl and her English Bulldog. After suffering through years of infertility, Rebecca and her husband were blessed with their daughter Harper. After Harper was born, they tried to have more children but even IVF treatments proved unsuccessful. Feeling an immense sense of guilt and sadness that she wouldn't be able to give Harper a sibling, or in other words a playmate, Rebecca was surprised to find out that, all along, one had been living in their house. Her name was Lola and she was their wonderfully loyal English Bulldog.

"One day Harper came out of her playroom with Lola dressed as a princess and I realized, she has a playmate, the best kind in fact, one who doesn't argue over being dressed up," Rebecca tells us.

When we asked Rebecca about their friendship, she said, "They have a funny bond. Harper loves Lola immensely, except when Lola eats her toys, which happens quite often. Lola is very protective of Harper, she is always in Harper's business. Whatever Harper is doing, Lola must investigate to make sure it's kosher. Lola treats Harper like I think she would have treated one of her own puppies, had she not been spayed."

She goes on, "I hope that people see what wonderfully amazing animals dogs are, and how their connection with people shape our lives. Like Harper, for example, she's never bored with Lola around. She's completely happy drawing with markers all over Lola's face as she sleeps, or taunting Lola until the she can't take it anymore and body slams her. When Harper looks back at her childhood through these images, she will remember 'my first best friend' Lola. I hope people take away from the images that sometimes without us even realizing it, dogs fill an empty space in our hearts."

In the first three years of Harper's life, Rebecca captured the duo like many first time parents would - Harper and Lola are seen playing on the beach and resting in the forest. It was only in the last year or so that Rebecca, a professional portrait and lifestyle photographer, started focusing on the two as playmates. 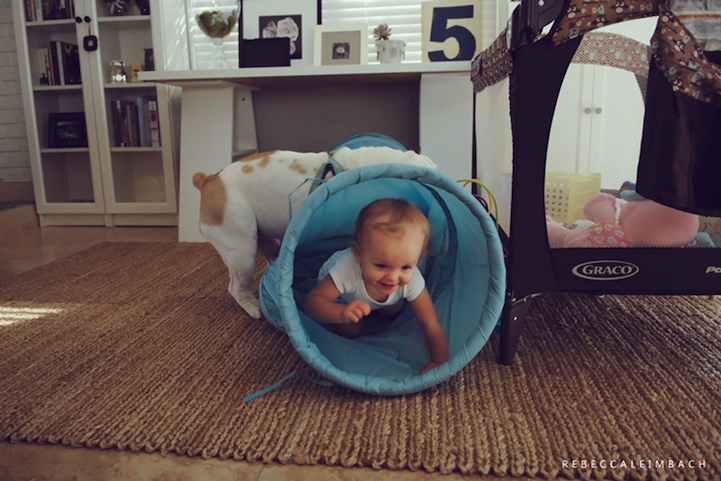 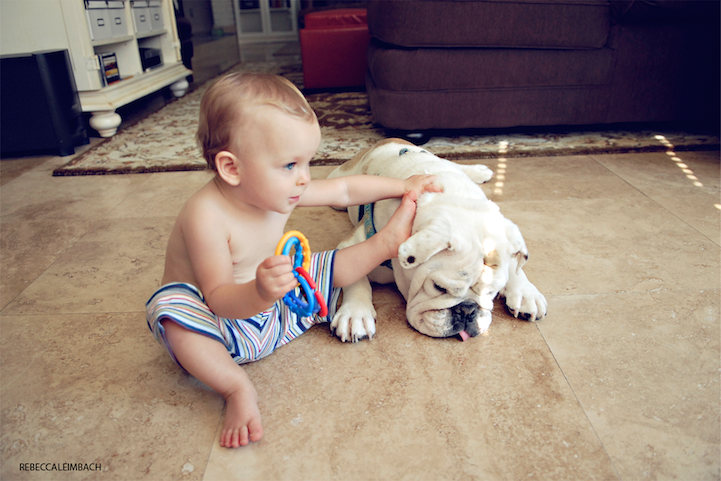 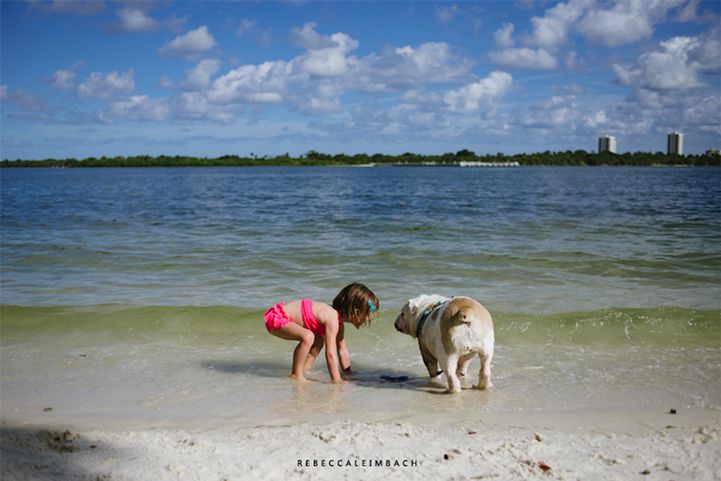 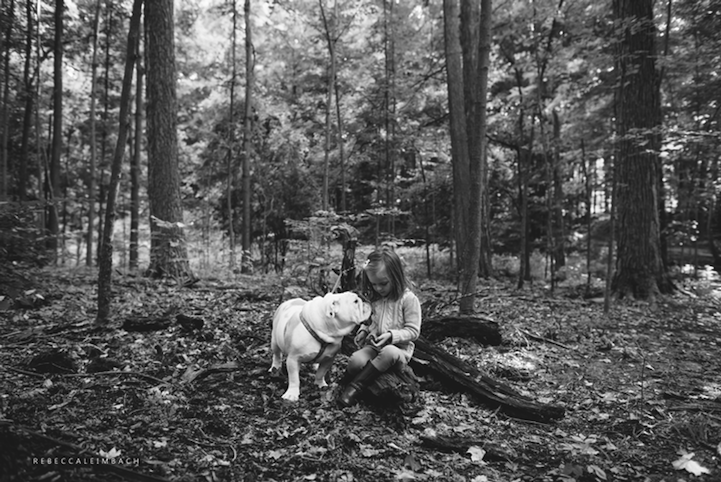 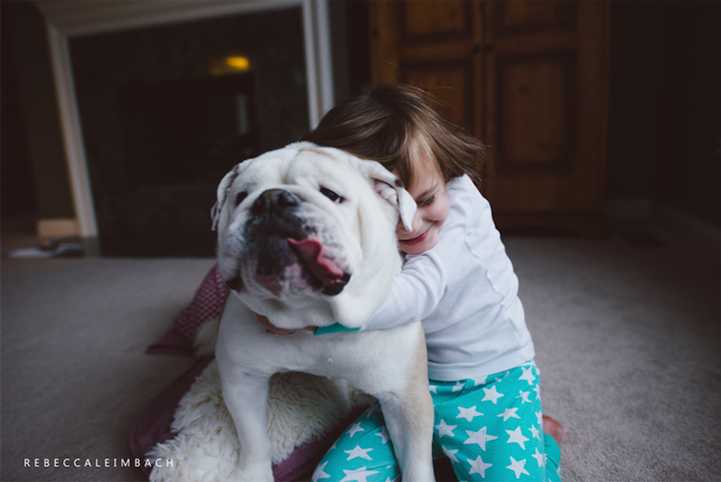 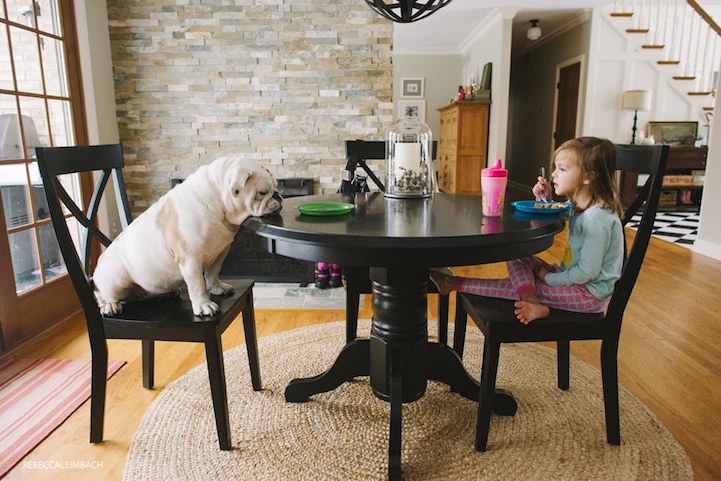 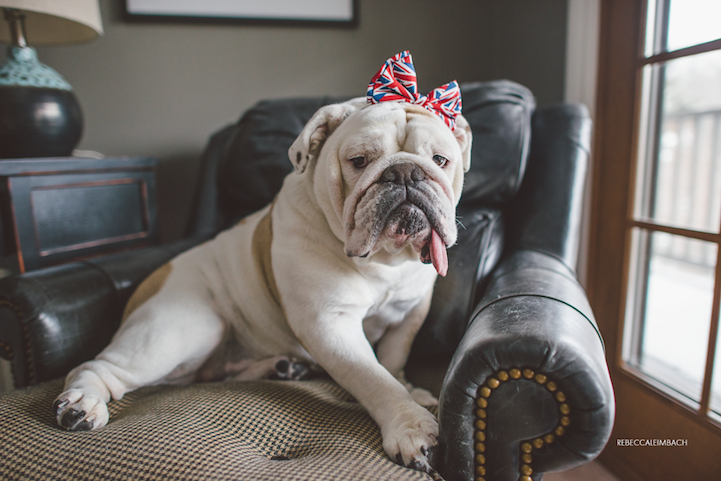 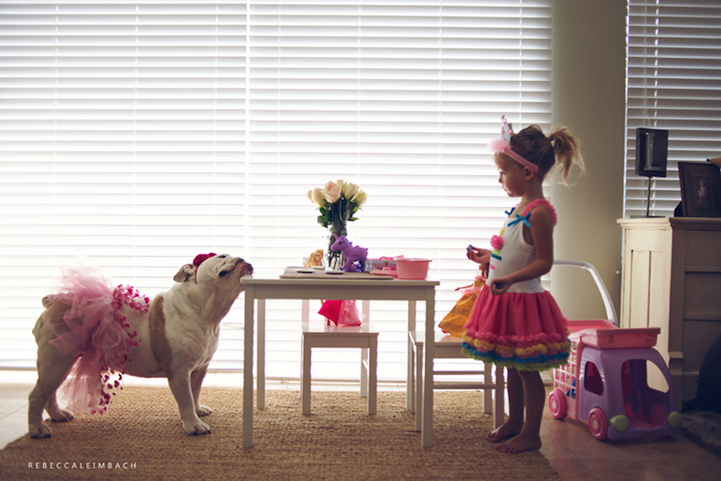 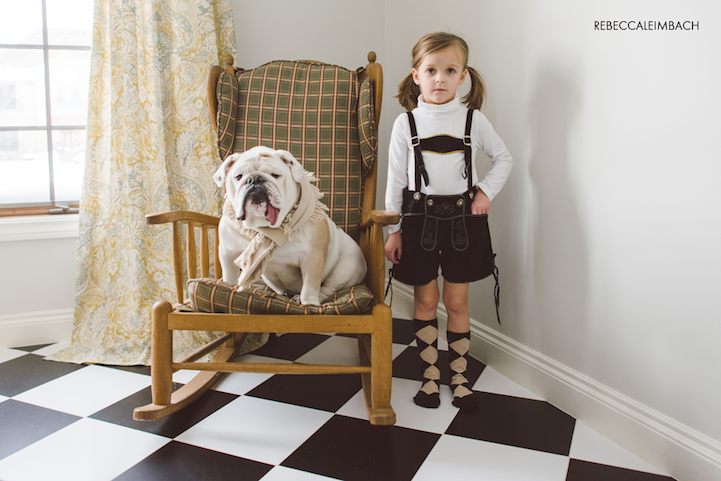 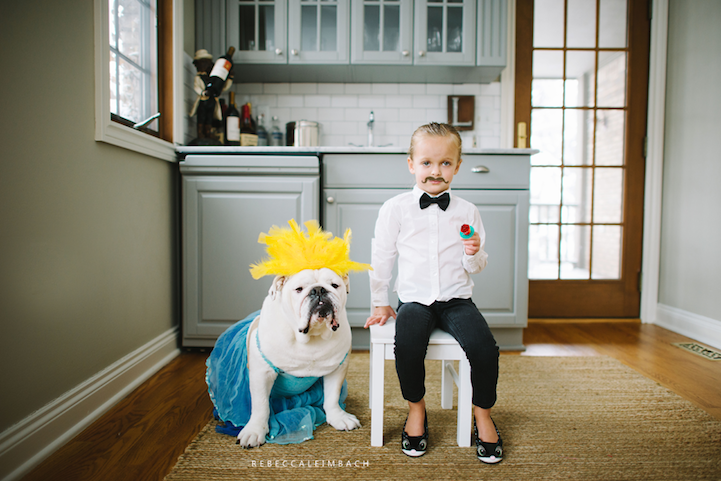