Amazing Friendship Between a Bear, Lion, and Tiger Who All Live Peacefully Together Lions and tigers and bears (oh my!) are not known for being the closest of friends, but the trio known as the BLT is the exception to that rule, being the only bear, lion, and tiger in the world who live in the same enclosure. Baloo the American Black Bear, Leo the African Lion, and Shere Khan the Bengal Tiger have formed an inseparable bond since they were little cubs. In 2001, the three were found by police officers in an Atlanta home's basement during a drug raid. At only a few months old, the animals were frightened, malnourished, and infected with parasites when the Georgia Department of Natural Resources brought them to , a non-profit animal sanctuary located in Locust Grove, Georgia.

Each animal was afflicted with his own set of injuries due to the abuse and neglect of the drug dealers they had belonged to. Shere Khan the tiger was underweight and malnourished. Leo the lion had an open, infected wound on his nose from being cruelly confined to a small crate. Baloo the bear was in the worst state—he had a severely ingrown harness digging into his flesh because it was never loosened as he grew in size. The harness was so ingrown that his flesh had begun to grow over and around it, and surgical intervention was required to remove the harness and clean his deep, infected wounds. Baloo's surgery was the only time that BLT has ever been separated; during that period, both Leo and Shere Khan were agitated as they waited for the missing member of their family to return.

Although the three animals have become healthy and happy living at Noah's Ark, they have never forgotten the terror of those first few months together, which resulted in a tight bond and everlasting friendship. Baloo, Leo, and Shere Khan have formed a special family of their own, with the three sleeping, eating, and playing together in the same enclosure. They even seek out grooming and affection from one another, lovingly rubbing heads and licking each other. The story of their unusual friendship is truly touching, as it shows that even the unlikeliest of creatures can become the closest of pals despite obvious differences. 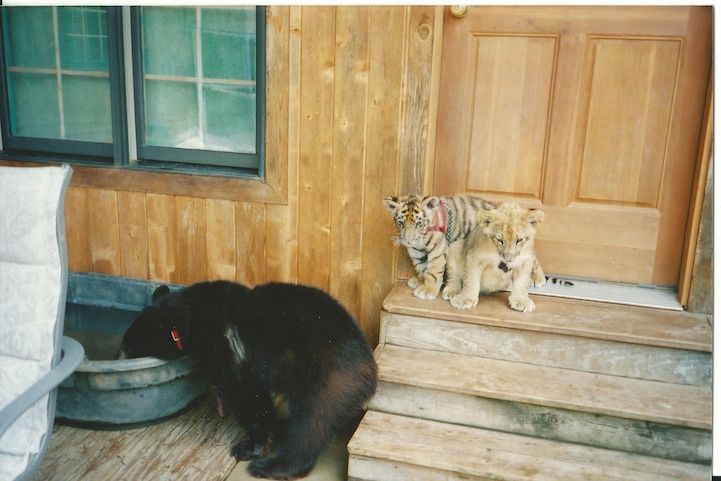 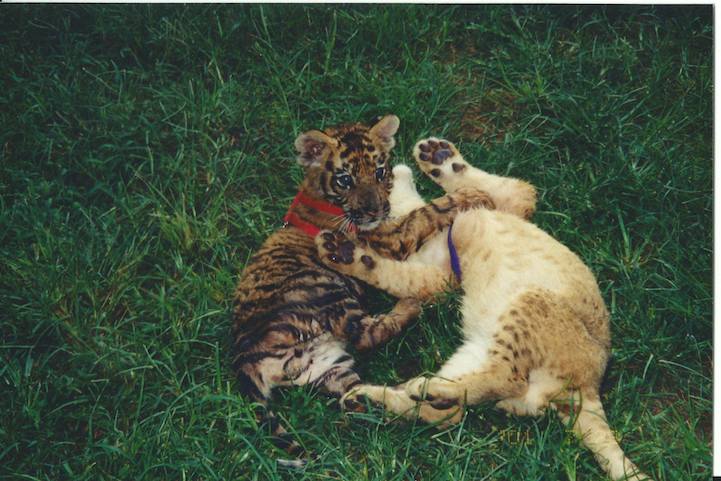 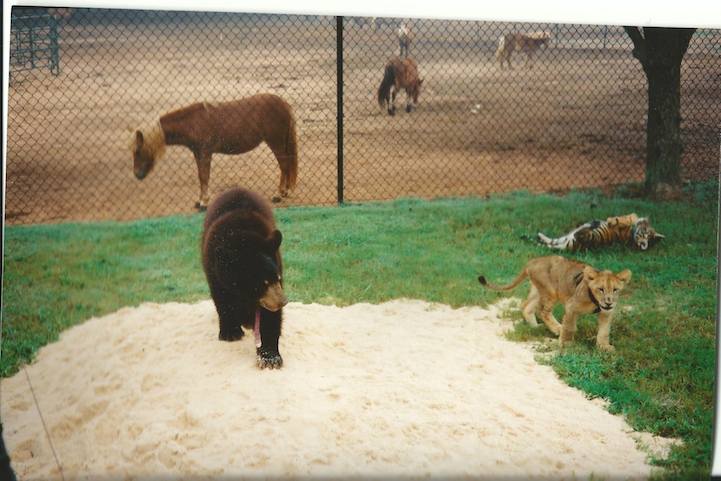 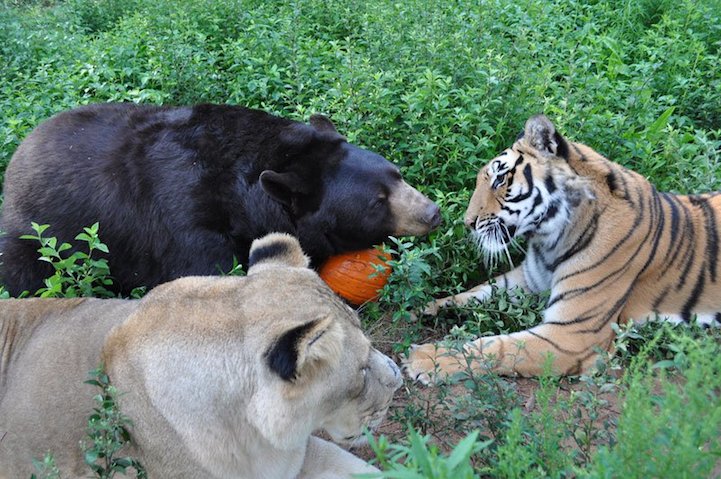 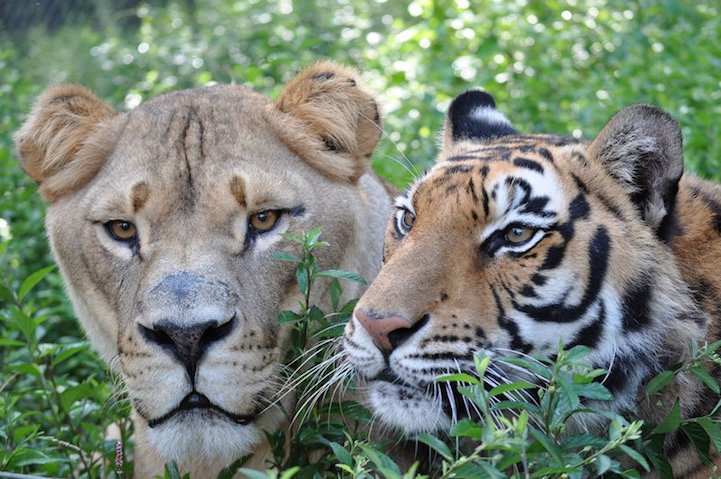 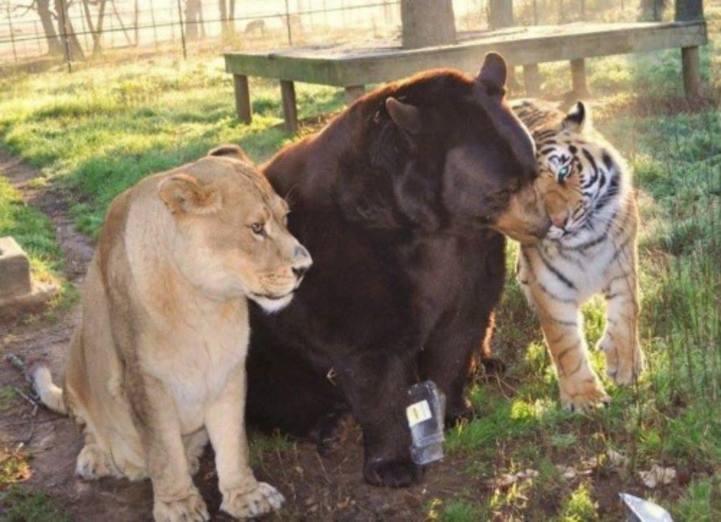 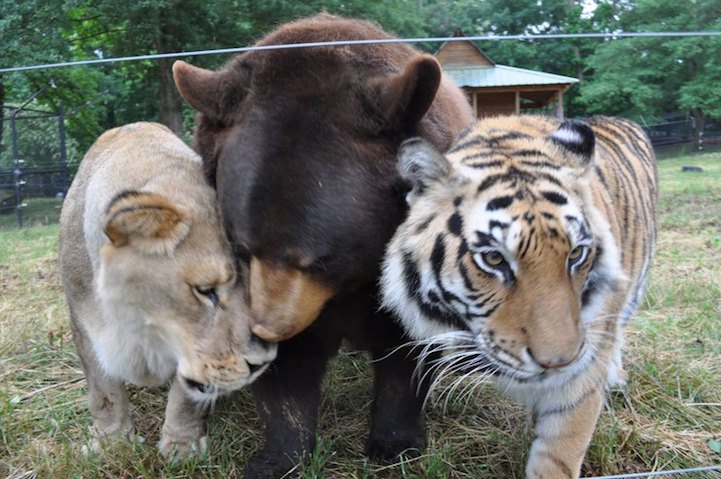