The Ark of Noah
where is it ?? 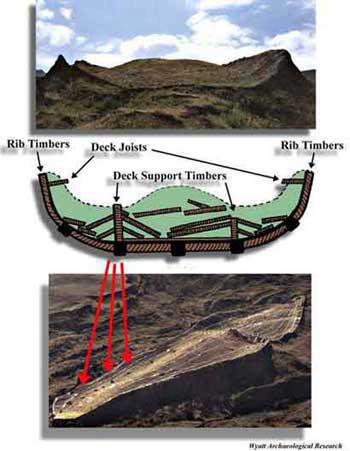 ●○ The Bible says on mounts Ararat
Genesis 8:4 "Then the ark rested ... on the mountains of Ararat."

●○ Other Jewish books says on the mount of lubar

The book of jubilees (5:28) says the ark rested on the mount of Lubar

●○ But The Quran says on mount Al-Judi

Quran 11-44 "And it was said: "O earth! Swallow up your water, and O sky! Withhold (your rain)." And the water was diminished (made to subside) and the Decree (of Allah) was fulfilled and it rested on the mount Al-Judi ..."

Mount Al-Judi (Cudi) is located approximately 200 miles south of Mt. Ararat in southern Turkey almost within eyesight of the Syrian and Iraqi borders.

Which one is the truth?


Lately a large pieces of wood was found in mount Judi by geologists, So it said to be found in this mountain. Dr. Charles Willis and Bill Crouse, both veterans of Mt. Ararat exploration in the 1980's, now believe that Mt. Judi is the correct mountain for the ark's landfall. One big reason why Judi has become more popular recently is that a geologist, Dr. Friedrich Bender of Germany, found bits of wood containing asphalt on the summit of Cudi under 0.8-1.0 meters in depth in 1953.

'Arkologists' claim to have found Noah's Ark By Martin Wroe LONDON -- Noah's Ark has been found on the Turkish- Iranian border, 32 kilometres from Mount Ararat, according to the leader of a team of scientists that has been investigating the site for six years.

The Turkish government is so convinced by the findings that, after years of intransigence, it has designated the site one of special archaeological interest and agreed to its excavation next summer.

The remote site contains a buried, ship-like object, resting an altitude of 2,300 metres. At 170 metres long and 45 metres wide, it conforms almost exactly to the 300 cubit by 50 cubit boat that God told Noah to build, according to Genesis 6 in the Bible.

On surrounding terrain, the American and Middle Eastern scientists have identified huge stones with holes carved at one end, which they believe are "drogue- stones," dragged behind ships in the ancient world to stabilize them. Radar soundings indicate unusual levels of iron-oxide distribution. Salih Bayraktutan, head of geology at Turkey's Ataturk University, estimates the age of the 'vessel' at more than 100,000 years. "It is a man-made structure and for sure it is Noah's Ark."

The site is directly below the mountain of Al Judi, named in the Qur'an as the Ark's resting place.

"Say: O mankind! Now hath the Truth from your Lord come unto you. So whosoever is guided, is guided only for (the good of) his soul, and whosoever erreth erreth only against it." [Quran 10:108]

nice, thanks for sharing