Our religion Islam has stopped us from doing all types of wrong works that harms other human beings or humanity as a whole like cheating, fraud lying, backbiting, jealousy etc. Holy Quran and Hadith both gives clear indication to us on all these issues which means all Muslims should avoid these haram acts. But suppose If you are a practicing Muslim having a beard, goes to Mosque 5 times a day and fulfill other Islamic duties as well like fasting, Zakat, Charity, Hajj but still you do any of the above mentioned wrong acts then remember people will not only point out fingers at you but also at your religion. 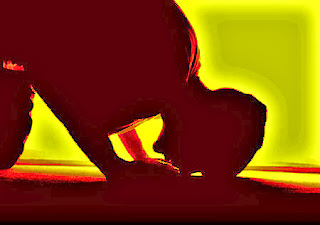 This was the main purpose of doing this post. You need to be more careful about staying away from wrong works when you are a practicing Muslim. If you will do anything wrong while keeping a beard and following other Islamic rituals people will also blame your religion. we often see when religious people do something wrong people start saying things like Oh He has a beard but he still done this.
In the older days Muslims were famous for their honesty due to which millions of people accepted Islam in different parts of word like Subcontinent. In recent decades Muslims has faced massive media propaganda. Muslims themselves also made many mistakes due to which Our Image is damaged badly.
we have to follow Islam completely in matters of life. Islam is not name of just offering Salah and keeping beard but its name of a complete way of life. Islam teaches us to be a good human being and treat other humans in good way. acts like cheating, fruad, lying, jealousy are forbidden In Islam that harms other humans. tell the world by your character how great Islam Is?
source link :
http://www.islam44.net/2013/10/avoid-wrong-things-when-you-are.html

True but all these aspects also prohibited in other religions, so all we have to do is to be a good human being and Islam is the best religion to follow and live a healthy life with gratitude....!!!! Jazak ALLAH Naive sis i like ur blog keep it up.....!!!!

From the Gift Store
50 minutes ago