There are five different species of baboons. All of them live in Africa or Arabia. Baboons are some of the world's largest monkeys, and males of different species average from 33 to 82 pounds (15 to 37 kilograms). Baboon bodies are 20 to 40 inches (60 to 102 centimeters) long, not including substantial tails of varying lengths.

Baboons generally prefer savanna and other semi-arid habitats, though a few live in tropical forests.

Like other Old World monkeys, baboons do not have prehensile (gripping) tails. But they can and do climb trees to sleep, eat, or look out for trouble. They spend much of their time on the ground.

Baboons are opportunistic eaters and, fond of crops, become destructive pests to many African farmers. They eat fruits, grasses, seeds, bark, and roots, but also have a taste for meat. They eat birds, rodents, and even the young of larger mammals, such as antelopes and sheep.

Four baboon species (i.e., chacma, olive, yellow, and Guinea) are known as the savanna baboons. These animals form large troops, composed of dozens or even hundreds of baboons, governed by a complex hierarchy that fascinates scientists. Males use shows of physical power to dominate rivals, and troop members spend endless hours carefully grooming one another to remove insects and dead skin.

A fifth species, the hamadryas baboon, lives in the hills along the Red Sea coasts of Africa and Arabia. These cliff-dwelling baboons disperse to forage during the day and reconvene in much smaller groups at night. 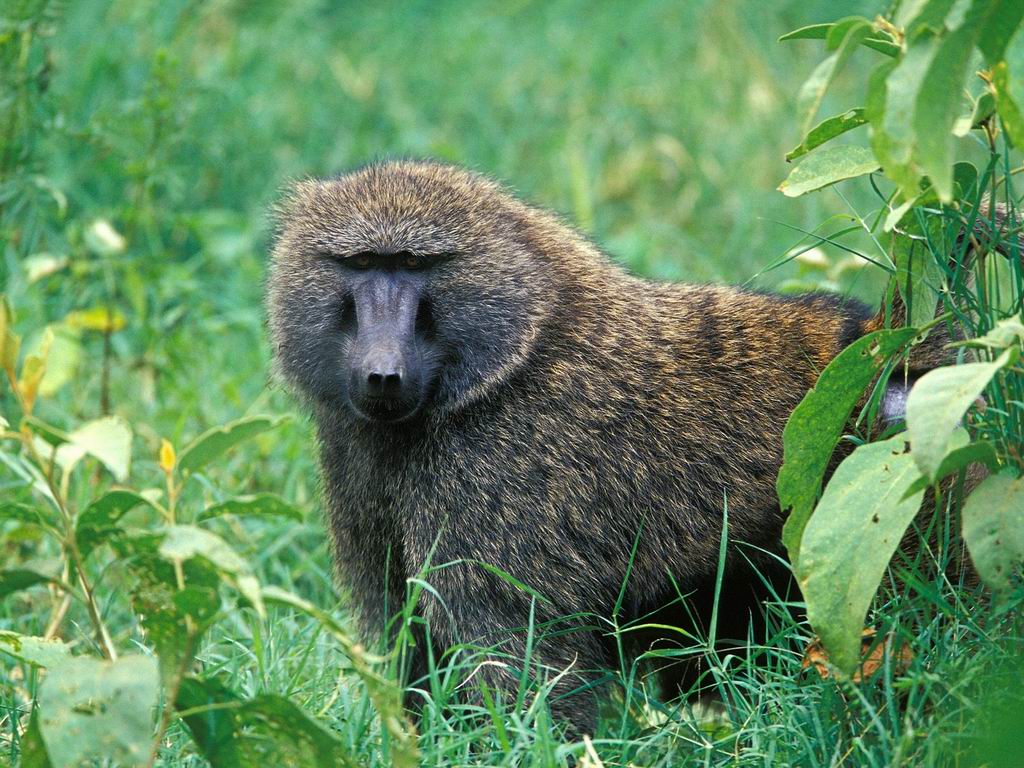