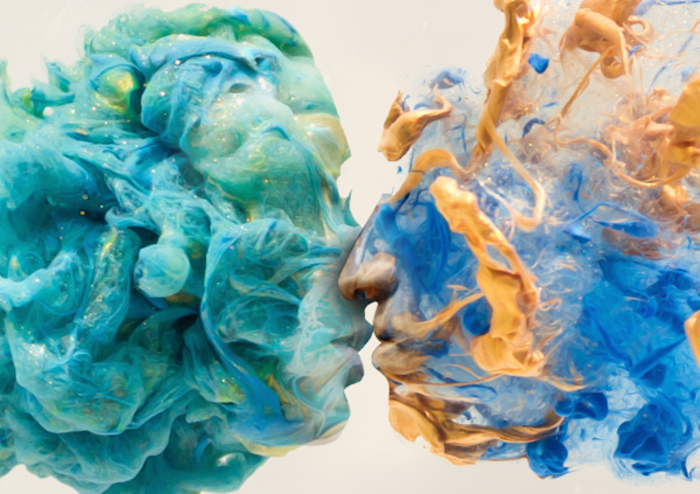 South African artist Chris Slabber has created a spectacular new series called Destruction/Creation, which features images of gorgeous "sculptures" formed from paint swirling in water. While the colorful spirals of paint are already beautiful to look at, Slabber takes it one step further by using photo manipulation to form delicate figures in the billows of paint, creating stunning portraits that were inspired by 's works.

The flowing curves and twists of the paint swirls are particularly effective at emulating the smooth contours and exquisite facial features of the female figures. Women emerge from clouds of sparkling gold, black, turquoise, and cerulean paint, evoking the appearance of spirits or phantoms. Despite the free and unconfined nature of paint in water, there is something constrained about the wraithlike figures, as if they long to be freed from their colorful cages.

Slabber says, "The idea behind this series was to show that from Destruction comes Creation. As the paint falls there is a constant point of creation, but at the same time it destroys itself." 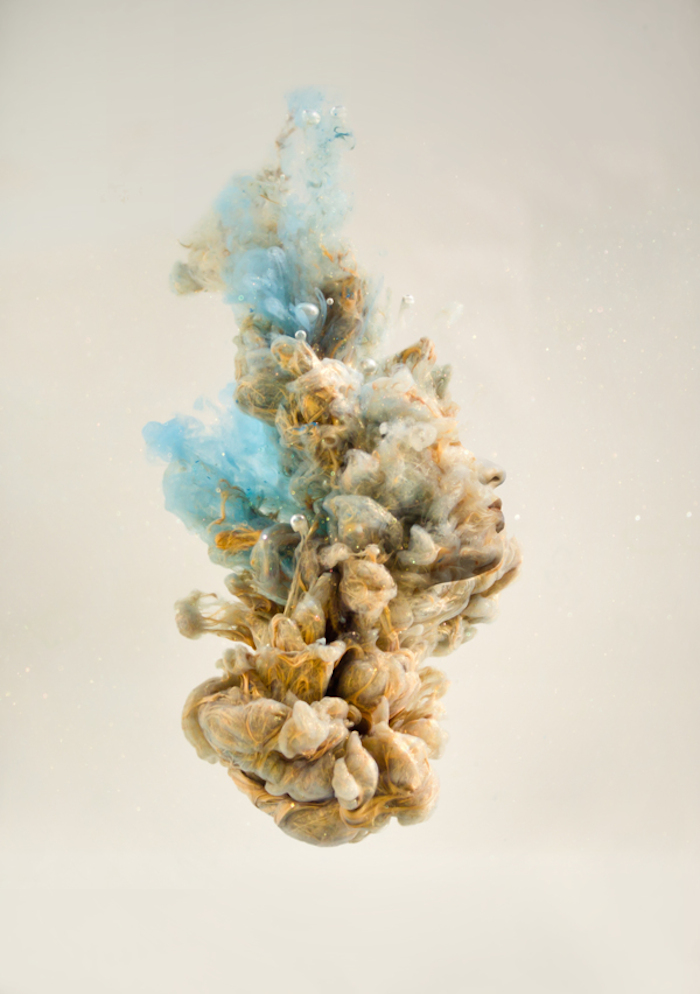 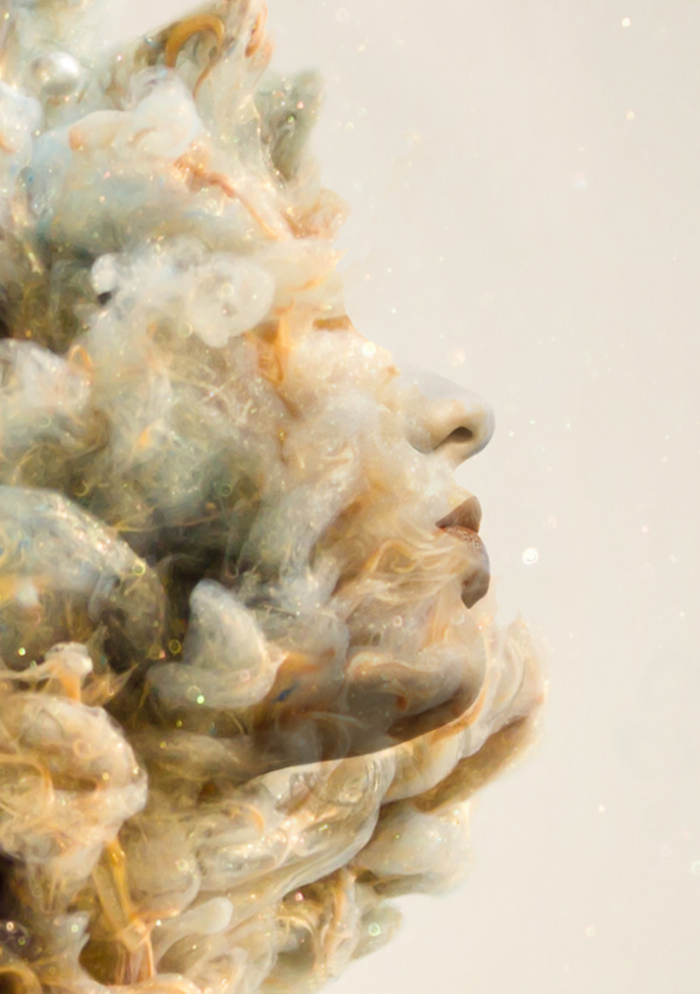 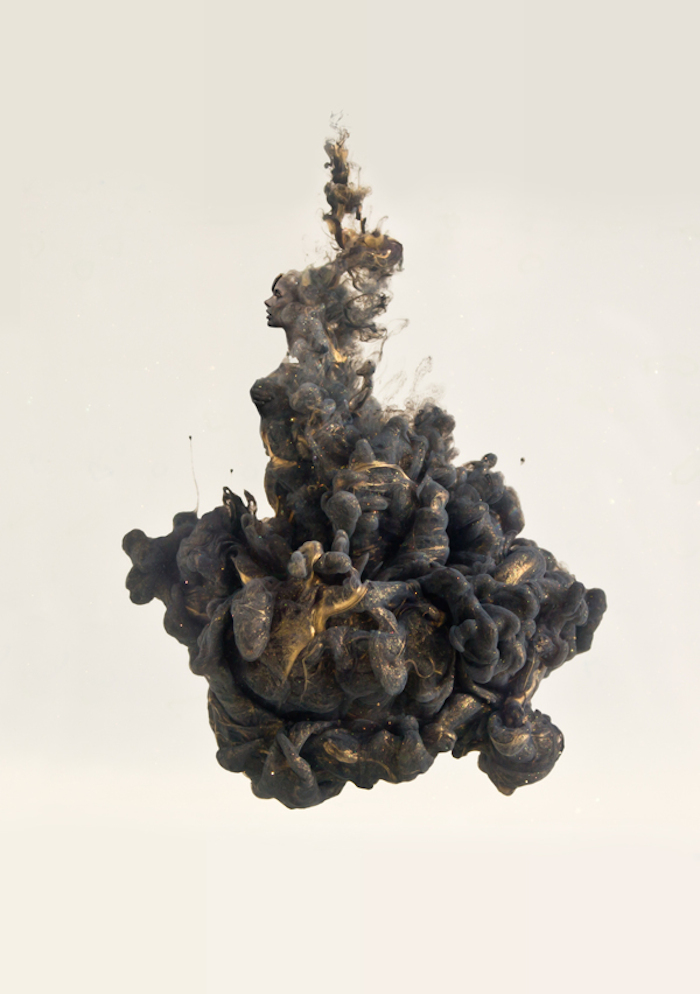 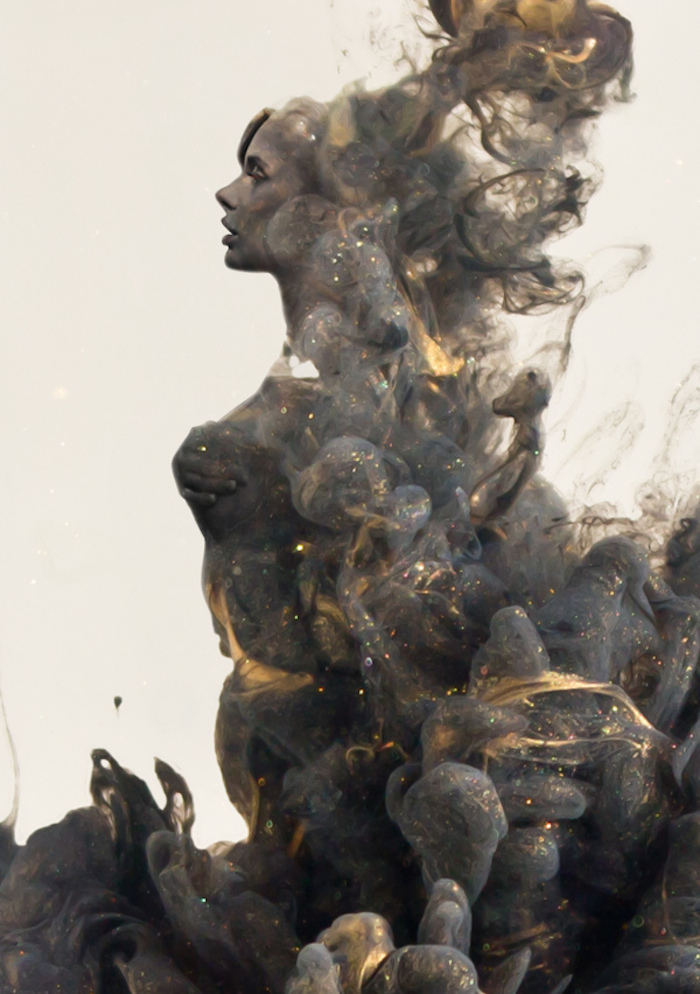 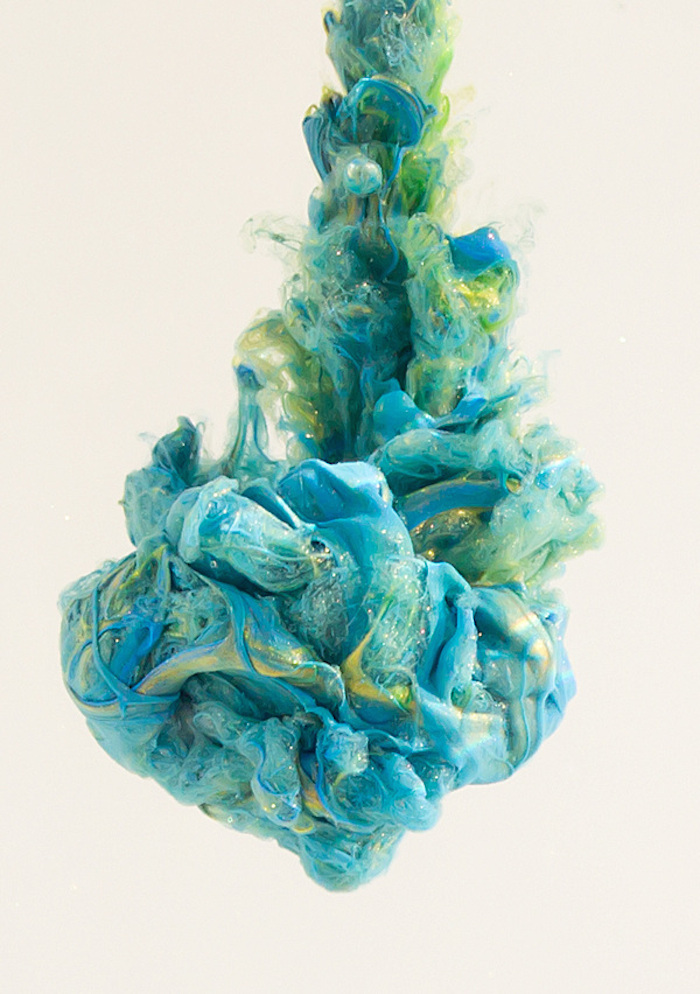 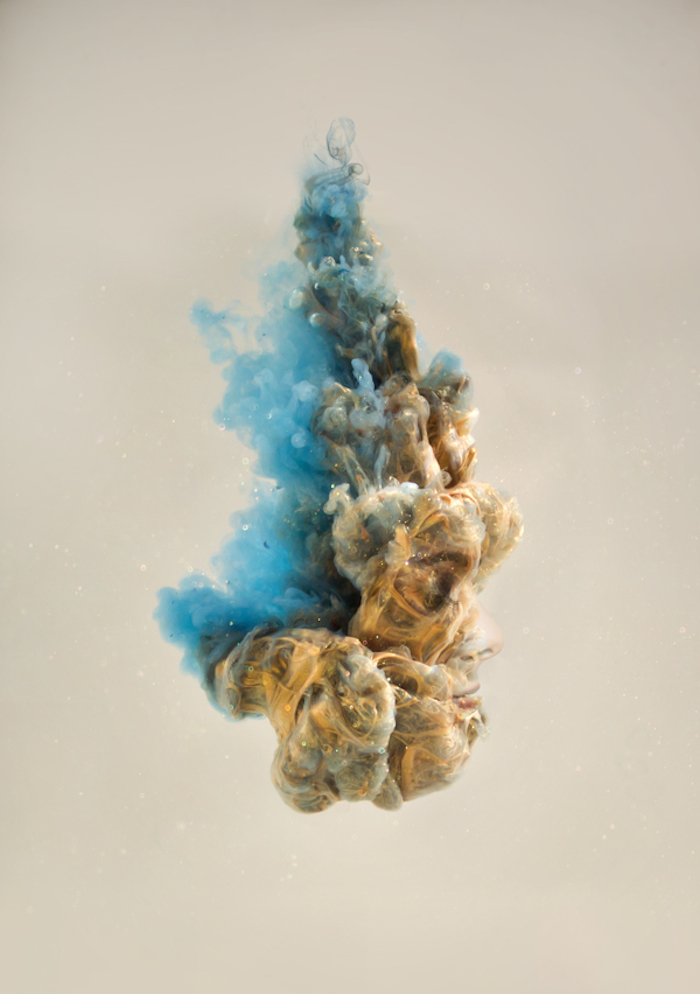 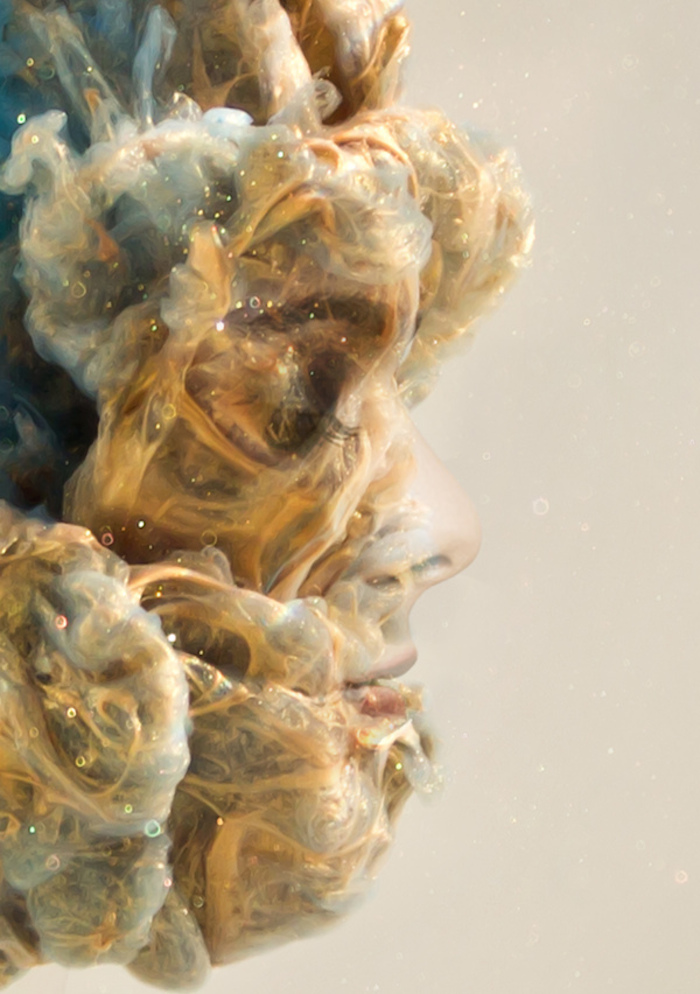 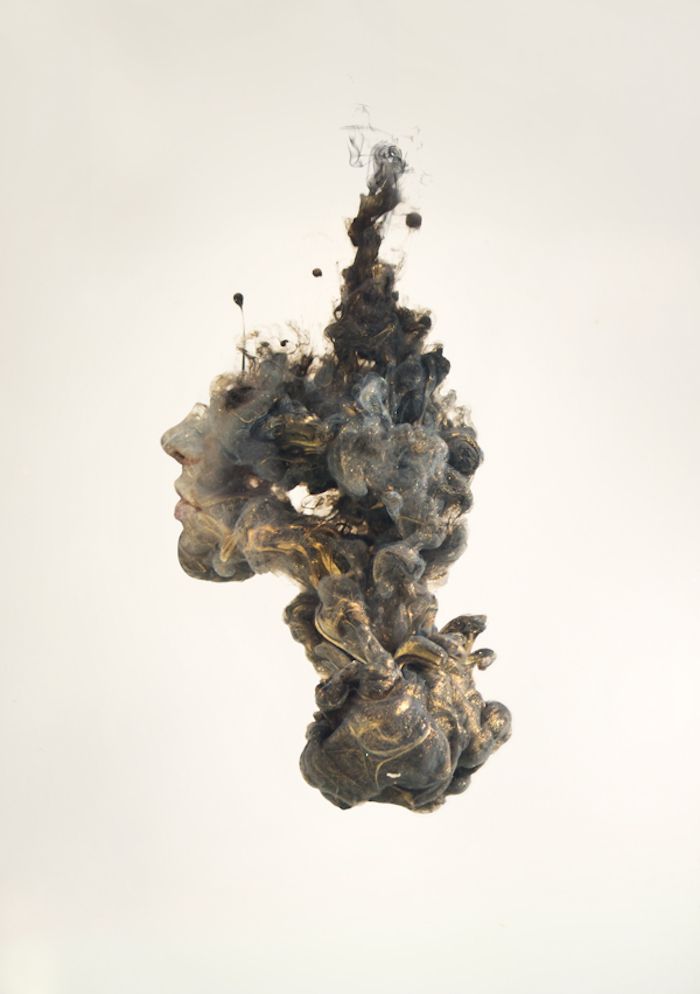