Helicopter is the most effective source used for logistics,Wars and rescue purposes these days. From their first appearance in World War II, through the Vietnam War and to the modern day, helicopters have helped to transform the battlefield.

These are the 10 Best Attack Helicopters in the World today. Each are rated on their avionics, agility, speed & firepower capabilities. 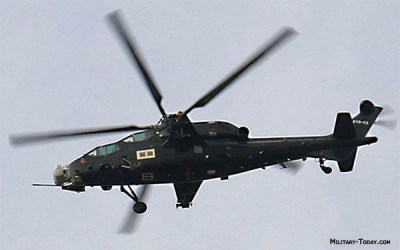 The Z-10 attack helicopter is expected to enter service with Chinese army in 2008-2009. The Z-10 helicopter has a standard gunship configuration with a narrow fuselage and stepped tandem cockpits. Gunner is seated at the front and the pilot is at the rear. Weapons of the Z-10 may consist of 30-mm cannon, HJ-9 anti-tank guided missiles (comparable to the TOW-2A), newly developed HJ-10 anti-tank missiles (comparable to the AGM-114 Hellfire) and TY-90 air-to-air missiles. It can also carry unoperated rocket pods. 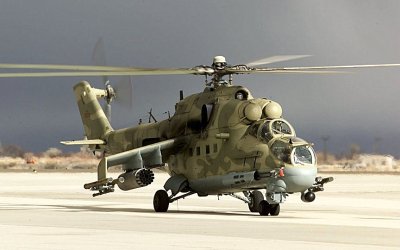 The Mil Mi-24 is a large helicopter gunship and attack helicopter and low-capacity troop transport with room for eight passengers. The Mi-24, the first helicopter to enter service with the Russian Air Force as an assault transport and gunship. The Mi-24 is a close counterpart to the American AH-64 Apache, but unlike this and other Western assault helicopters it is also capable of transporting up to eight troops. 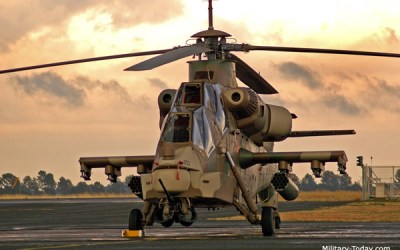 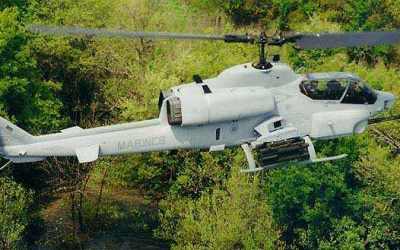 The Bell AH-1 SuperCobra is a twin-engine attack helicopter based on the US Army’s AH-1 Cobra. The twin Cobra family includes the AH-1J SeaCobra, the AH-1T Improved SeaCobra, and the AH-1W SuperCobra. 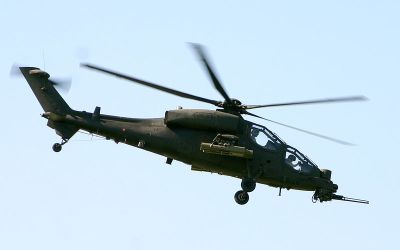 The TAI/AgustaWestland T-129 ATAK is a derivative version of the A129, and its development is the responsibility of Turkish Aerospace Industries (TAI), with AgustaWestland as the primary partner. 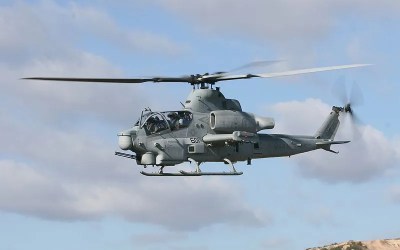 Capable. Flexible. Multi-mission. The ultimate in attack helicopters. The Bell AH-1Z Viper is a twin-engine attack helicopter based on the AH-1W SuperCobra, that was developed for the United States Marine Corps. The AH-1Z features a four-blade, bearingless, composite main rotor system, uprated transmission, and a new target sighting system. The AH-1Z is part of the H-1 upgrade program. It is also called “Zulu Cobra” in reference to its variant letter. 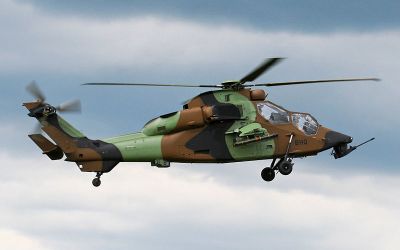 The Eurocopter Tiger is an attack helicopter manufactured by Eurocopter. In Germany it is known as the Tiger; in France and Spain it is called the Tigre. The Tiger is powered by two MTU Turbomeca Rolls-Royce MTR390 turboshaft engines. 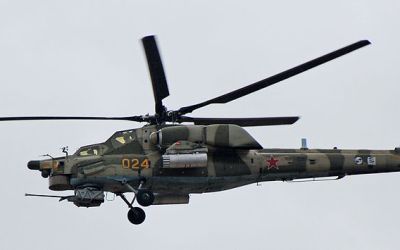 The Mil Mi-28 (NATO reporting name ‘Havoc’) is a Russian all-weather, day-night, military tandem, two-seat anti-armor attack helicopter. It is a dedicated attack helicopter with no intended secondary transport capability, better optimized than the Mil Mi-24 for the role. It carries a single gun in an undernose barbette, plus external loads carried on pylons beneath stub wings. 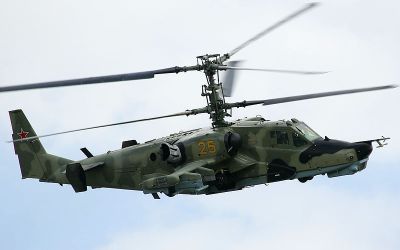 The Kamov Ka-50 “Black Shark” is a single-seat Russian attack helicopter with the distinctive coaxial rotor system of the Kamov design bureau. It was designed in the 1980s and adopted for service in the Russian army in 1995.

The Ka-50 was designed to be small, fast and agile to improve survivability and lethality. For minimal weight and size (thus maximum speed and agility) it was uniquely among gunships to be operated by a single pilot only. The Russian designed Ka-50 Hokum also can carry 24 ?Vikhr? missiles, four 20-round rocket pods, or a mixture. The Hokum also can carry the AA-11/R-73 Archer air-to-air missiles, which makes the Hokum a very capable threat against opposing attack helicopters. The 30mm 2A42 is also mounted on the Hokum, albeit more like a fighter?s cannon. The Hokum?s top speed is 350 kilometers per hour, and it has a combat radius of 250 kilometers. 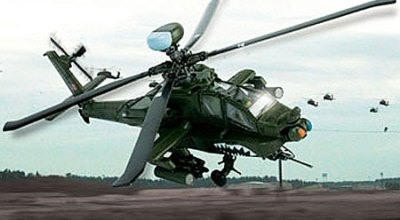 The Boeing AH-64 Apache Attack Helicopter was known to be the preeminent and most powerful anti-armor weapon system in the Gulf War. Designed to perform its combat missions day or night and in adverse weather, the Apache was designed specifically to meet the rigid requirements of the US Army’s Advanced Attack Helicopter Plan. The Apache is equipped with state of the art electronic technology and fire control systems. The firepower is awesome. The Apache can be loaded with 16 AGM-114 Hellfire Missiles, 76 70mm folding-fin aerial rockets or a combination of both – in addition to 1,200 30mm rounds for its M230 automatic cannon.

Muhammad Bilal replied to shabbir ghuman's discussion An invitation to Complete Quran Sharif in Ramzan 2021 to all ning members.
15 minutes ago

Palwashy is now friends with Anushay and khushi

ǟʍռǟ ɮɦǟƭƭɨ replied to shabbir ghuman's discussion An invitation to Complete Quran Sharif in Ramzan 2021 to all ning members.
57 minutes ago

༺ ĐɆ₴₱₳łⱤł₦₲ ₭Ⱨ₳₦༺ replied to shabbir ghuman's discussion An invitation to Complete Quran Sharif in Ramzan 2021 to all ning members.
1 hour ago