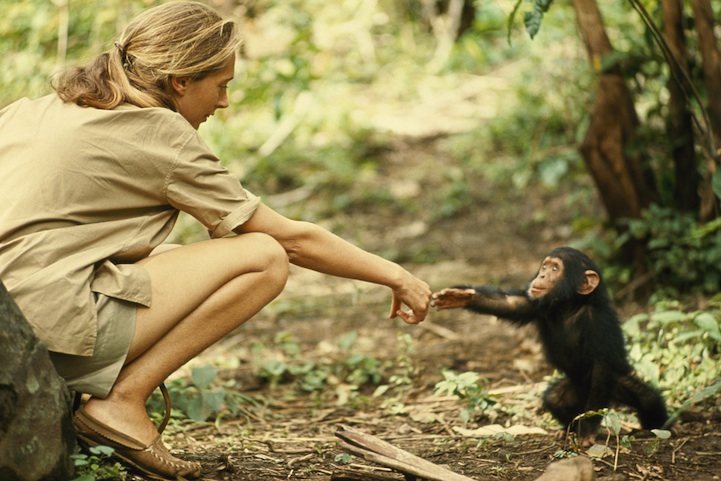 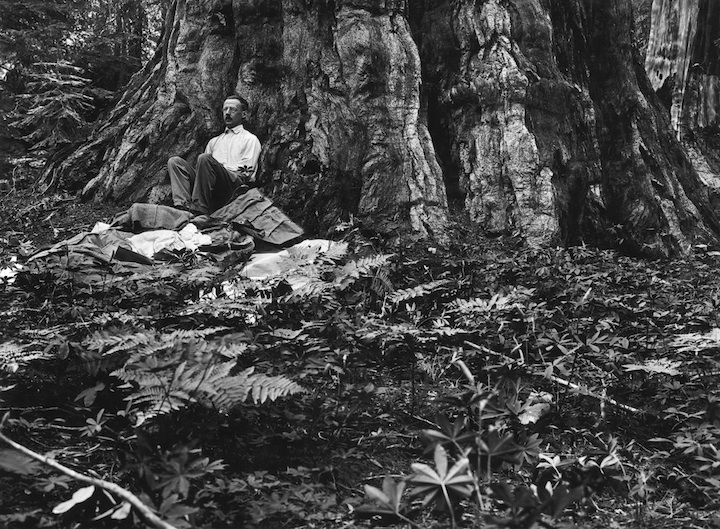 1915 | CALIFORNIA, UNITED STATES
Gilbert H. Grosvenor, first full-time editor of National Geographic magazine, awakens after a night spent beneath a giant sequoia tree during his first trip to California’s Sierra Nevada mountains. After this visit, he lobbied for passage of a bill that created the National Park Service in 1916.
Photo © Gilbert H. Grosvenor Collection 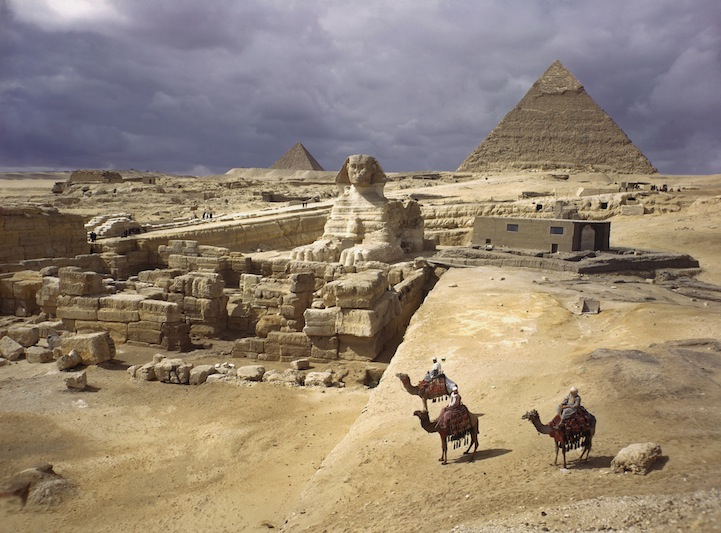 1938 | EGYPT
Three figures on camelback behold the pyramids of Giza.
Photo by B. Anthony Stewart 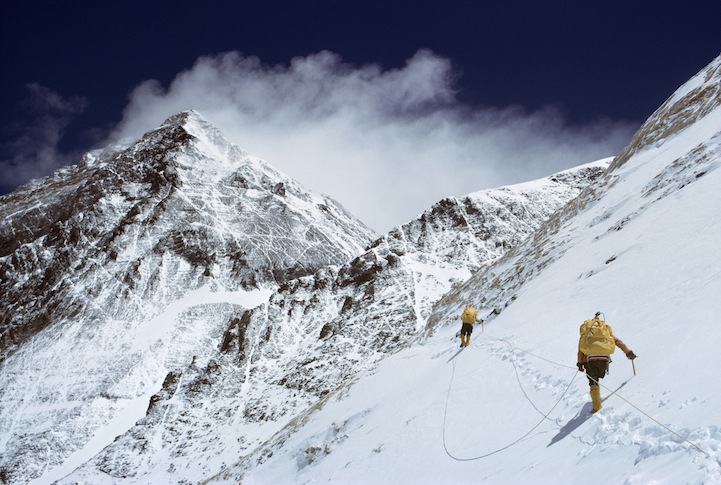 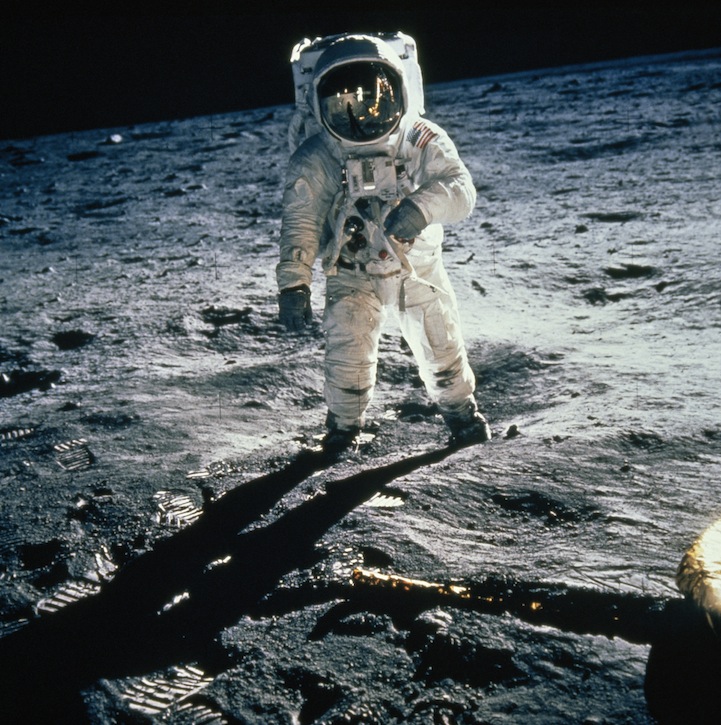 1969 | THE MOON
Astronaut Buzz Aldrin walks on the Moon’s Sea of Tranquility, his visor reflecting Neil Armstrong and the lunar module Eagle. The Apollo 11 astronauts carried the National Geographic Society flag with them on their journey to the Moon.
Photo credit: NASA 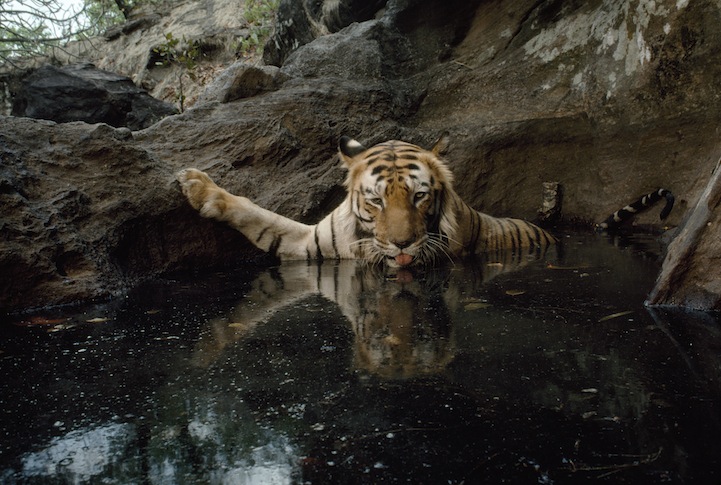 1995 | INDIA
By setting off a camera trap, a female tiger captures her own image in Bandhavgarh National Park.
Photo by Michael Nichols 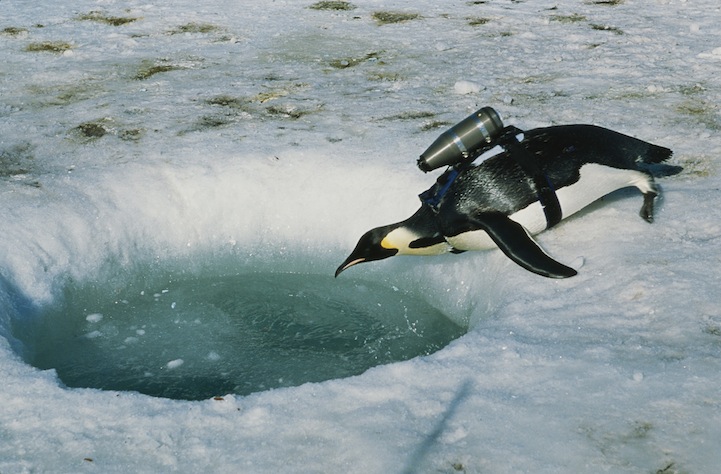 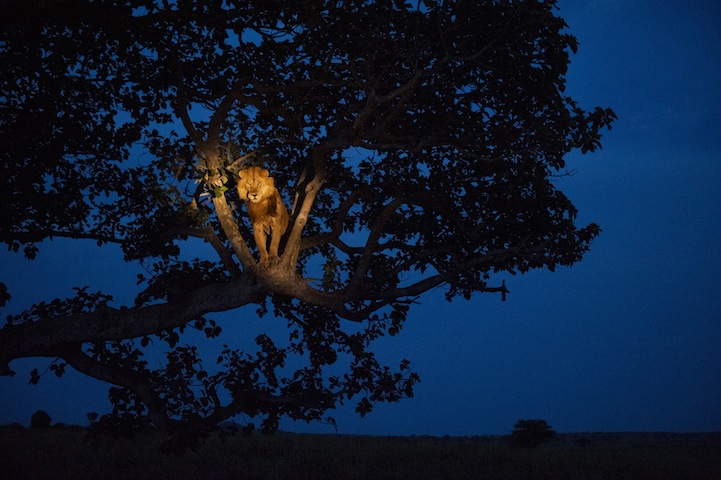