mosquitoes. It is widespread across Asia, the Pacific, Central and Southern America and Africa where these mosquitoes exist. Dengue outbreaks occur each year in north Queensland following cases imported from overseas. Dengue does not spread from person to person and is transmitted through the bite of an infected mosquito. What are the symptoms?

Dengue causes illness that can range from a mild fever to a severe, even fatal condition. Some people, particularly young children, may have no symptoms; however most adults and older children get sick. The disease lasts about a week.

A small proportion of cases can progress to severe dengue (sometimes called dengue haemorrhagic fever and dengue shock syndrome), which can occur in both adults and children. A rapid deterioration can occur 2-5 days after onset of fever. The complications of severe dengue can lead to collapse and sometimes death.

Anyone showing symptoms of dengue should see a doctor as soon as possible.

How is it spread?

Dengue virus is spread by the Aedes aegypti and Aedes albopictus species of mosquito. These are day-biting mosquitoes.

Mosquitoes become infected with dengue after biting sick humans who have dengue virus in their blood. Between 8 and 12 days later if an infected mosquito bites someone else it can pass on the dengue virus.

People become unwell between 3 and 14 days after being bitten by an infected mosquito.

How is dengue prevented?

In Australia, there is currently no vaccine or preventative medicine for dengue. Avoiding mosquito bites is the best prevention.

Precautions against Dengue mosquitoes are necessary in the daytime as well as night time:

See a doctor as soon as possible if you feel unwell while you are away or when you return. 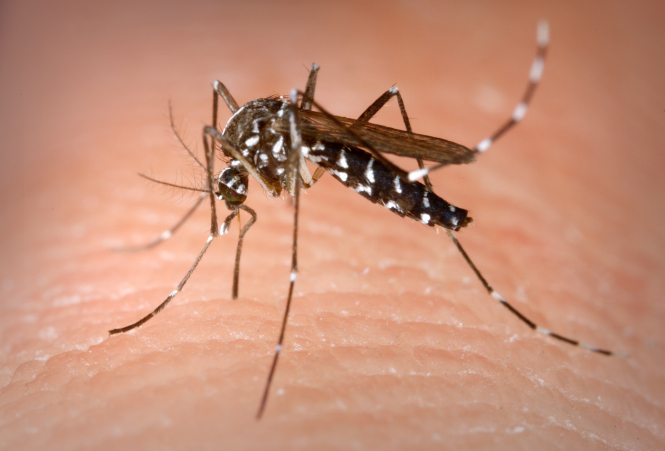 How is it diagnosed?

Dengue is diagnosed by blood tests that identify the virus or antibodies to the virus. Everyone who has symptoms and has travelled to an area with dengue should be tested.

How is it treated?

There is no specific treatment for dengue. Anyone with dengue symptoms should see a doctor as soon as possible. People with dengue should rest and drink plenty of fluids to avoid dehydration. Aspirin, ibuprofen and other anti-inflammatory drugs should be avoided as they increase the chance of bleeding. People with severe dengue will need to be admitted to hospital.

Avoiding mosquito bites while sick helps to prevent spreading the disease to others.

In most parts of Australia, there is no risk of dengue being spread by mosquitoes because most areas of Australia do not have the Aedes aegypti or Aedes albopictus mosquitoes that can carry dengue. Aedes aegypti is currently limited to parts of Northern, Central and Southwest Queensland. The Aedes albopictus mosquito only occurs in the Torres Strait Islands.

Outbreaks of dengue occur each year in North Queensland. There is also the risk of local spread in the other parts of Queensland where Aedes aegypti is present. Dengue fever outbreaks generally begin when someone is infected with dengue overseas and arrives with the virus in their blood. This is called an imported case. A local dengue mosquito bites this person, becomes infected with the virus, and then passes it on to other people by biting them.

Preventing the spread of dengue in Australia

There are a number of ways in which the spread of dengue is prevented or controlled in Australia.

Health authorities in Queensland have comprehensive dengue management plans to manage these cases and outbreaks. If dengue is diagnosed in a person who lives in or travels to the regions of Queensland that have mosquitoes that can spread the disease, health authorities respond rapidly to prevent local spread. They also respond rapidly to bring an outbreak under control if it has already started. The response includes advising people to protect themselves from mosquito bites until they recover, and may include mosquito control measures.

Restrictions on blood donation apply for travellers coming from areas overseas where dengue occurs, or from affected areas of Queensland during outbreaks.

Saman is now a member of Virtual University of Pakistan
1 hour ago
Welcome Them!