was in the form of good dreams which came true

the love of seclusion was bestowed upon him.

He used to go in seclusion

in the cave of Hira

where he used to worship (Allah alone) continuously

for many days before his desire to see his family.

and then come back to

to take his food like-wise again

till suddenly the Truth descended upon him

while he was in the cave of Hira.

The angel came to him and asked him to read.

"The angel caught me (forcefully)

and pressed me so hard

that I could not bear it any more.

He then released me and

again asked me to read

Thereupon he caught me again

and pressed me a second time

till I could not bear it any more.

He then released me and

again asked me to read but again

Thereupon he caught me for the third time

and then released me

'Read in the name of your Lord,

who has created (all that exists)

has created man from a clot.

Read! And your Lord is the Most Generous."

Then Allah's Apostle returned with the Inspiration

and with his heart beating severely.

Then he went to Khadija bint Khuwailid

They covered him till his fear was over

and after that he told her everything

"I fear that something may happen to me."

"Never! By Allah, Allah will never disgrace you.

You keep good relations with your Kith and kin,

help the poor and the destitute,

and assist the deserving calamity-afflicted ones."

Khadija then accompanied him to her cousin

who, during the PreIslamic Period, became

a Christian and used to write the writing

He would write from the Gospel in Hebrew

as much as Allah wished him to write.

He was an old man and had lost his eyesight.

"Listen to the story of your nephew,

"O my nephew! What have you seen?"

Allah's Apostle described whatever he had seen.

"This is the same one who keeps the secrets

whom Allah had sent to Moses.

when your people would turn you out.

" Allah's Apostle asked, "Will they drive me out?"

Waraqa replied in the affirmative

"Anyone (man) who came with something

similar to what you have brought

was treated with hostility;

and if I should remain alive till the day

when you will be turned out then

I would support you strongly."

But after a few days Waraqa died and

the Divine Inspiration was also paused for a while.

while talking about the period of pause

in revelation reporting the speech of the Prophet

"While I was walking, all of a sudden

I heard a voice from the sky.

I looked up and saw the same angel

who had visited me at the cave of Hira'

sitting on a chair between the sky and the earth.

I got afraid of him and came back home

And then Allah revealed the following Holy Verses (of Quran): 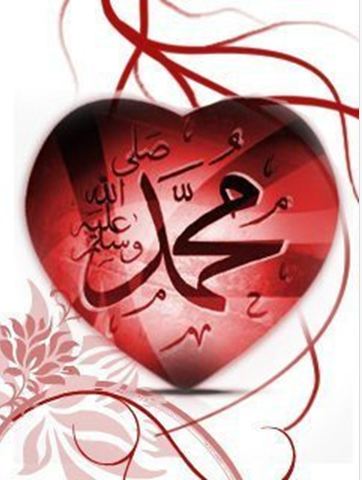 wrapped up in garments!'

(the people against Allah's Punishment),...

up to 'and desert the idols.'

"After this the revelation started coming strongly,