Do Exams Matter?
Yes, exams do matter for a number of reasons. As far as education system is concerned, to be consistent with the rest of the class, exams are conducted with a common syllabus in mind to check if a student has grasped the essential contents of the subject.

An exam helps a student make a self estimate of his knowledge in the subject. It gives a student a goal, without which he might as well spend his time reading random stuff for knowledge. It helps teachers analyze their teachings in class, and make appropriate changes in their future lectures and standard mark with which academics can be measured. 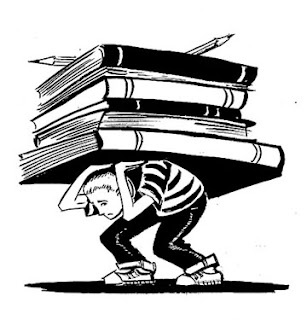 However, exams only represent the on spot knowledge presented by a student in an exam hall, and not the over-all knowledge of the student itself. Most content that appears in an exam has to be covered in the class and exams should not contain out of the blue seeming topics (which is unfortunately, these days a quite common practice in most engineering colleges). Students must be challenged based on what is taught, and not on what the lecturer considers difficult to understand. It is also fundamentally wrong to expect every student to be a copy of Albert Einstein!!! 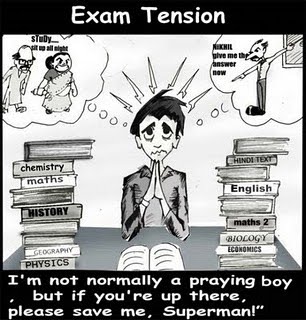 Though the fear of failure is a motivational drive for last minute studying students, it forms a definite goal for students who aim at topping the subject, because, in order to top an exam, the student tries to cover the entire syllabus well before the exam and this aspect alone can be the drive to gain more knowledge. 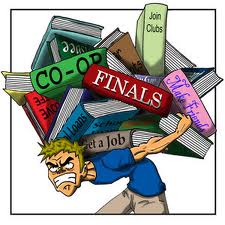 Scholarships and fee reduction for academically excelling students’ forms another motivational aspect while studying a particular subject.
How much do exam matter?
The answer to this question is purely dependent on an individual and depends on the scenario, on the individual’s motives and priorities in life. Additionally it also depends on an individual’s life experiences so this matter will not be addressed directly. 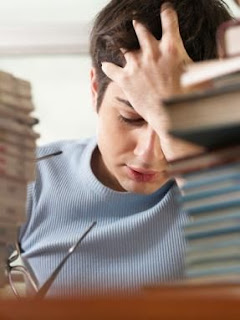 Before: an exam, it is the duty of the individual to make sure that he knows why he is writing an exam and has to know the syllabus of the exam. Make sure you study with an attitude of learning all that is recommended and aim for the top place.
During: an exam it is in the best interest of the student to be equipped with knowledge as well as accessories required for the exam. Punctuality for examination and carrying a wrist watch is recommended to make sure that the best use of the allotted time is made. For good recollection during an exam, a student has to make sure that he has reserved some time for a last minute revision just before the exam. And maintained all the required content of the exam in a well accessible format.

After: an exam the general tendency is to expect a very good result, regardless of the performance. However, ideally, it is best to get rid of all expectations and move on with another activity till the results arrive.
Effects of exam stress:
Exam stress can have several effects such as sleep deprival, nightmares, tension, under-esteem, lack of confidence, lack of concentration, poor recollection and other health issues.

Why are exams feared so much?
As children, parents tend to judge students based on their marks, and tend to compare with other children of that age or with a sibling. This is a very wrong practice and affects the students way of thinking as a whole. 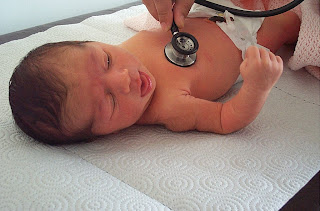 Though failure at an exam is on top of the list of fears, the real fear of exam arises due to lack of effective preparation for the corresponding exam.

And the worst part is that the results of an exam is feared more than the exam itself.

Experience:
During school, i have never been forced to study, and neither had i done very well in academics, I used to talk a lot and get punished regularly and did not know the importance of education. How ever much much later i began performing well and found out that if your grades are good enough, the other person usually gets the blame of talking. So I advice study you to study well, there are several little benefits apart from the major ones like job selections and scholarships and gold medals. 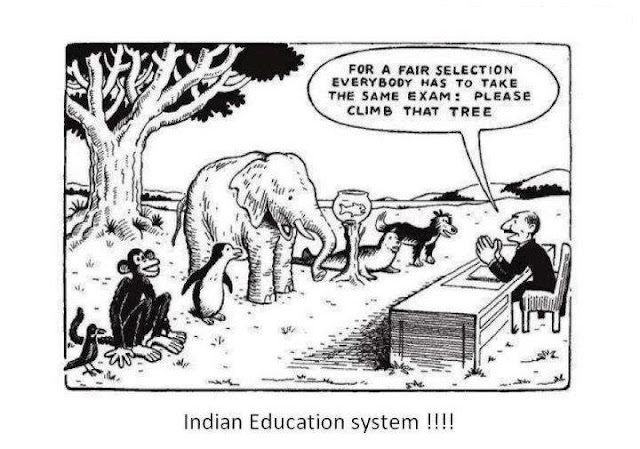 My advice:
Prepare well when you have time, because no one knows how tomorrow is going to be. It is better to start sharpening the sword during peace, rather than after a battle has begun, as an old story says.
Source