What a ship.... no wonder 'Made in China' is displacing North American goods big time with this floating continent transporting goods across the Pacific in 4 days no less! 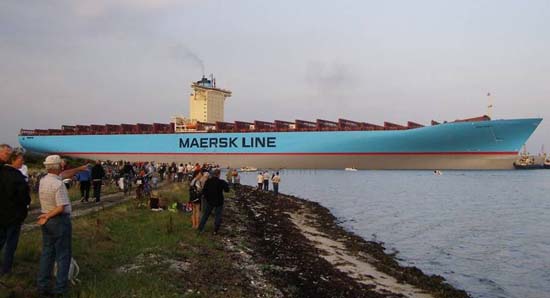 Think it's big enough? Notice that 207' beam means it cannot fit through the Panama or Suez Canals . It is strictly transpacific. Check out the cruise speed: 31 knots means the goods arrive 4 days before the typical container ship (18-20 knots) on a China-to-California run. So this behemoth is hugely competitive when carrying perishable goods.

This ship was built in five sections. The sections floated together and then welded. The command bridge is higher than a 10-story building and has 11 cargo crane rigs that can operate simultaneously. 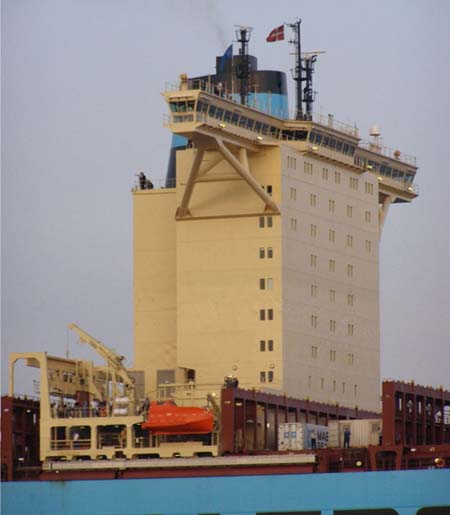 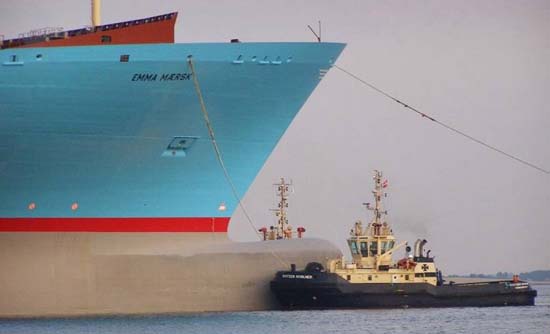 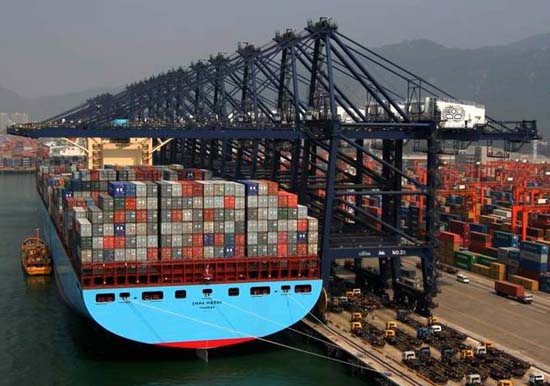 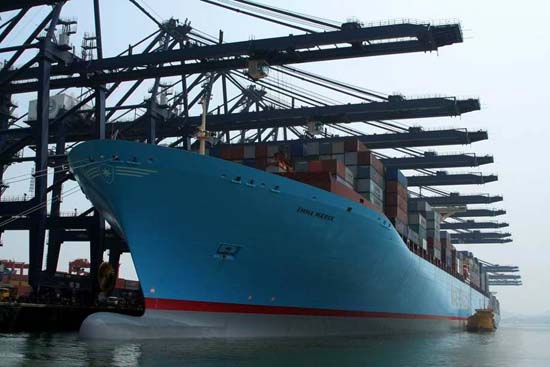 The ship was built at the Odense Steel Shipyard in Denmark. In June 2006, during construction, welding work caused a fire within her superstructure. It spread rapidly through the accommodation section and bridge, which delayed the ship by six to seven weeks. Emma Mærsk was named in a ceremony on 12 August 2006. The ship is named after Emma Maersk, Maersk Mc-Kinney Moller's late wife.