A falcon (pron.: /ˈfɔːlkən/ or /ˈfælkən/) is any species of raptor in the genus Falco. The genus contains 37 species,  widely distributed throughout Europe, Asia, Africa, Australasia and North America.

Adult falcons have thin tapered wings, which enable them to fly at high speed and to change direction rapidly. Fledgling falcons, in their first year of flying, have longer flight feathers which makes their configuration more like that of a general-purpose bird such as abroadwing. This makes it easier to fly while learning the exceptional skills required to be effective hunters as adults.

Peregrine Falcons have been recorded diving at speeds of 200 miles per hour (320 km/h), making them the fastest-moving creatures on Earth.[1] Other falcons include the Gyrfalcon, Lanner Falcon, and the Merlin. Some small falcons with long narrow wings are calledhobbies, and some which hover while hunting are called kestrels. The falcons are part of the family Falconidae, which also includes thecaracaras, Laughing Falcon, forest falcons, and falconets.

The traditional term for a male falcon is tercel (British spelling) or tiercel (American spelling), from Latin tertius = third because of the belief that only one in three eggs hatched a male bird.[2][3] Some sources give the etymology as deriving from the fact that a male falcon is approximately one third smaller than the female[4] (Old French tiercelet).

A falcon chick, especially one reared for falconry, that is still in its downy stage is known as an eyas [5][6] (sometimes spelt eyass). The word arose by mistaken division of Old French un niais, from Latin presumed nidiscus ("nestling", from nidus = nest). The technique of hunting with trained captive birds of prey is known as falconry.

As is the case with many birds of prey, falcons have exceptional powers of vision; the visual acuity of one species has been measured at 2.6 times that of a normal human.[7] 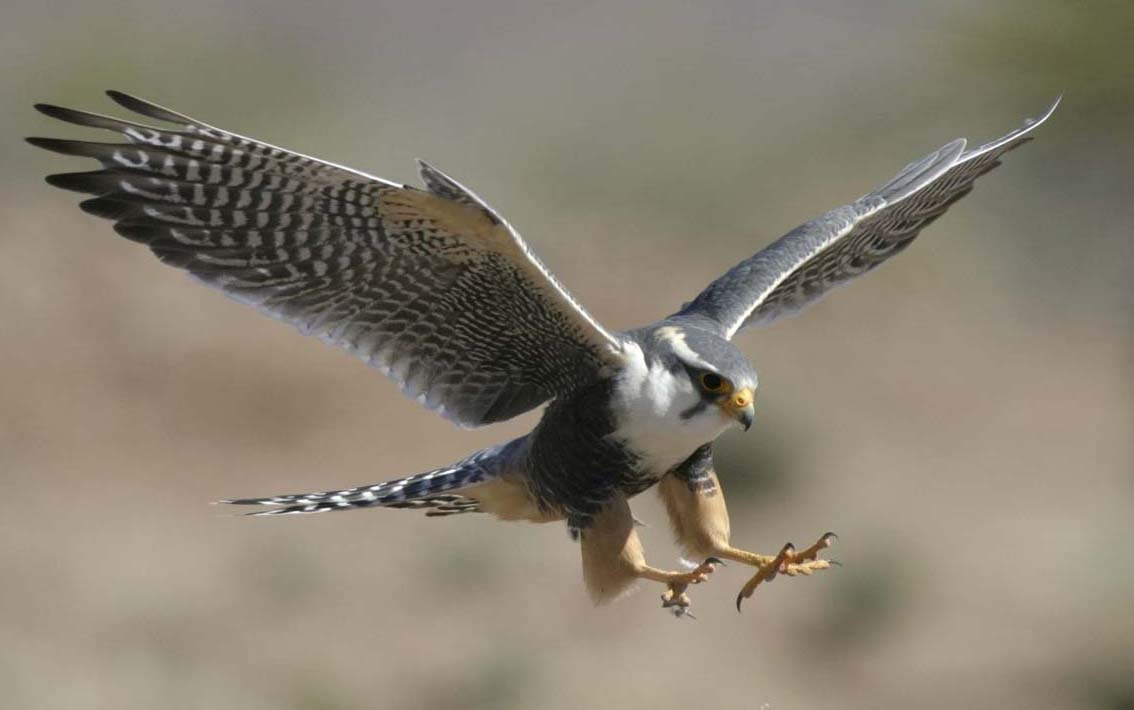 Saman is now a member of Virtual University of Pakistan
3 hours ago
Welcome Them!