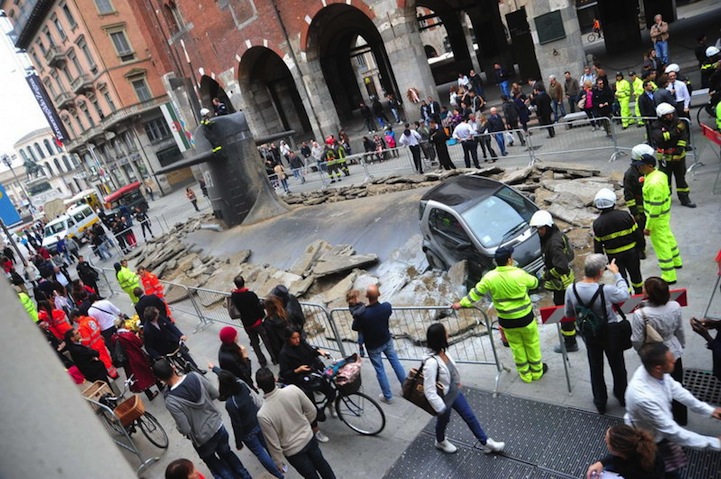 Milan was hit with an incredible spectacle on October 1st that confused pedestrians and locals into thinking that a submarine had crashed up onto the streets through the ground. The mind-boggling display, like something out of an action-adventure or sci-fi flick, turned into an investigation scene as paramedics, police, and firefighters rushed to the site. However, it was all just a publicity stunt.

The whole scene was a public promotion for Europ Assistance Italia, an insurance company. The installation and the entire performance, including actors who scrambled to barricade the "disaster" and faux sailors emerging from the crashed submarine, was orchestrated by ad agency M&C Saatchi for their Protect Your Life ad campaign.

The clever installation even utilizes the powers of social media with a simple hashtag printed on the vessel that reads #L1F3, prompting people to repeat it on digital networking platforms and spread the word. Since the submarine surfaced, passersby have been tweeting, sharing photos through Instagram, and videos via YouTube of the extravagant exhibition, quickly circulating the new of the fantastic stunt. 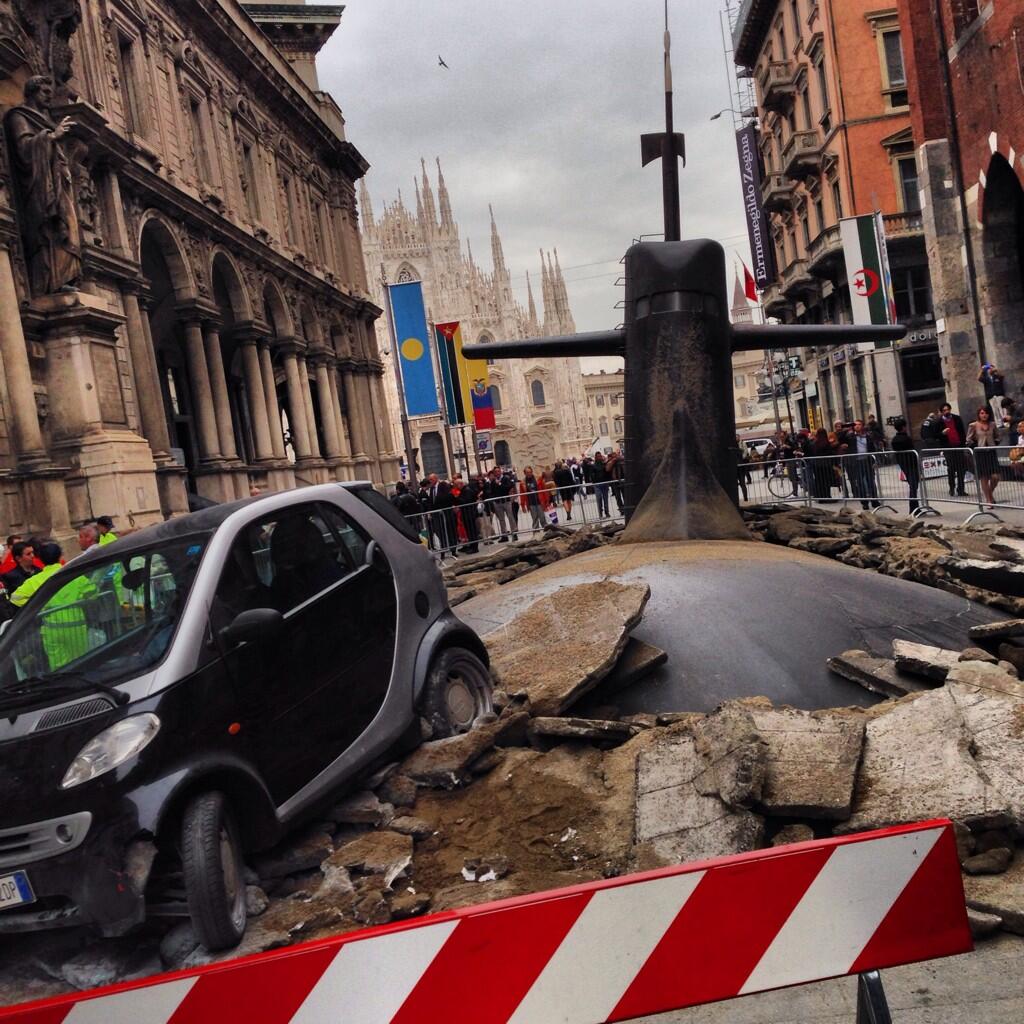 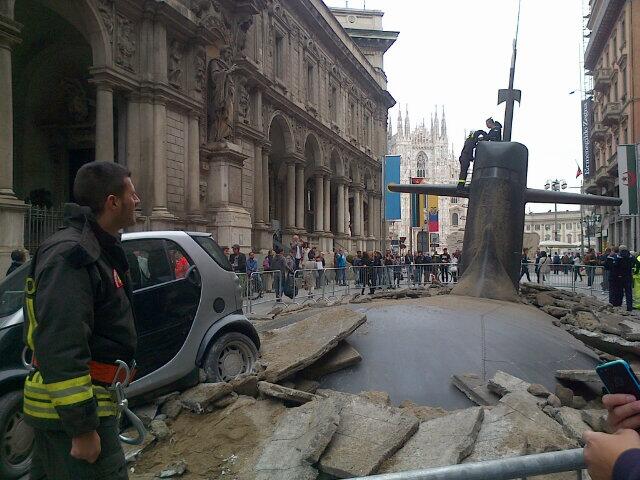 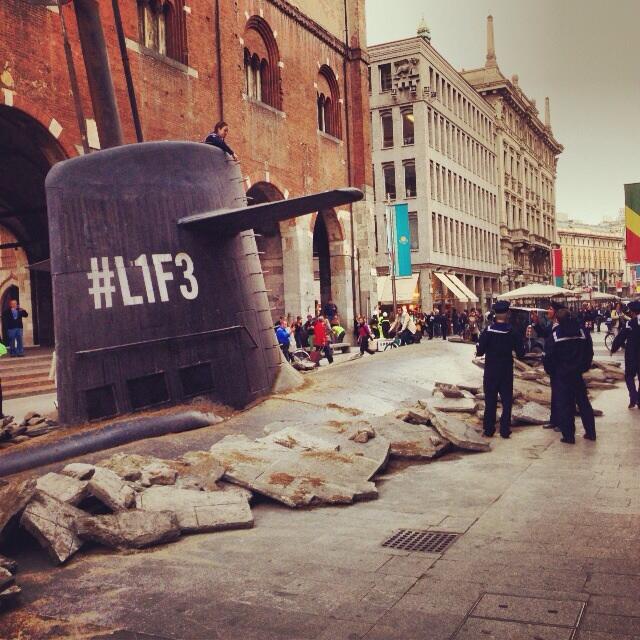 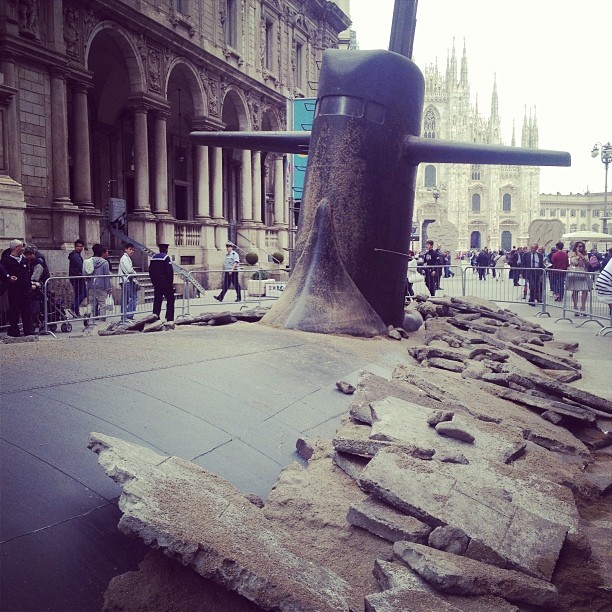 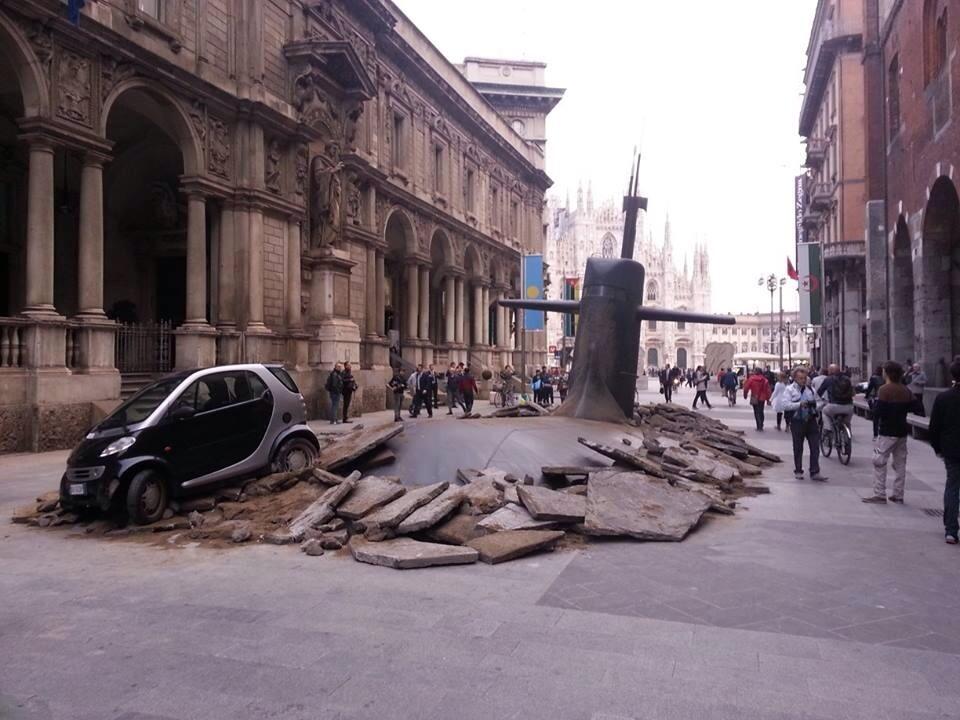