Guelta d'Archei amazing place in the heart of the Sahara Desert, It is located in the Ennedi Plateau, It is located in the Ennedi Plateau, in north-eastern Chad, south-east of the town of Fada. The Guelta d'Archei is inhabited by several kinds of animals, most notably the Nile crocodile, one of the last palace where Nile crocodiles are found in Sahara. The Middle Holocene remains, as well as rock paintings, indicate that this species once thrived across most of today's Sahara Desert and in swamps and rivers along South Mediterranean shores. The small group of surviving crocodiles in the Guelta d'Archei represent one of the last colonies know in the Sahara today; the Tagant Plateau colony in Mauritania has likely been extinct since 1996. The word Guelta means "wetland", The reservoirs of this wetland is supported by groundwater. Guelta d'Arshey is surrounded by extensive desert areas, which make access to this awesome place. 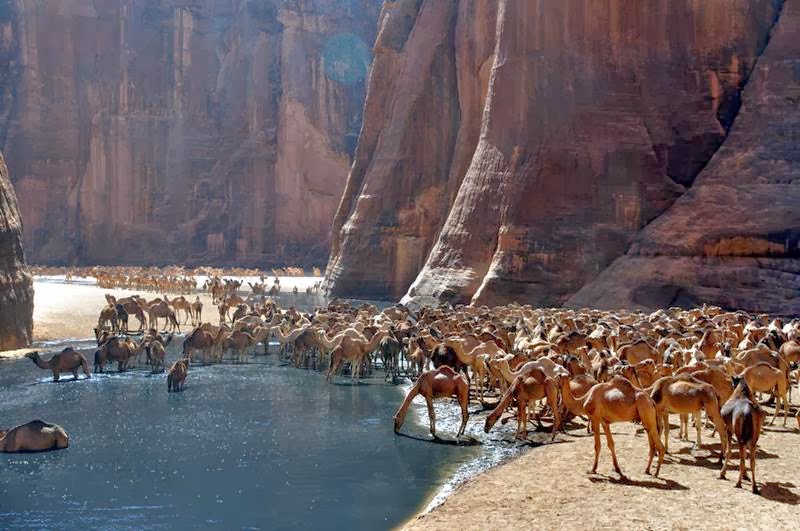 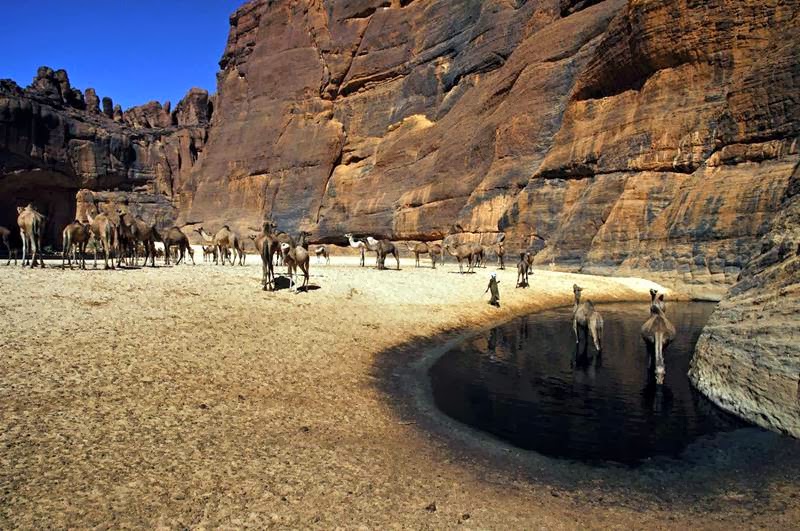 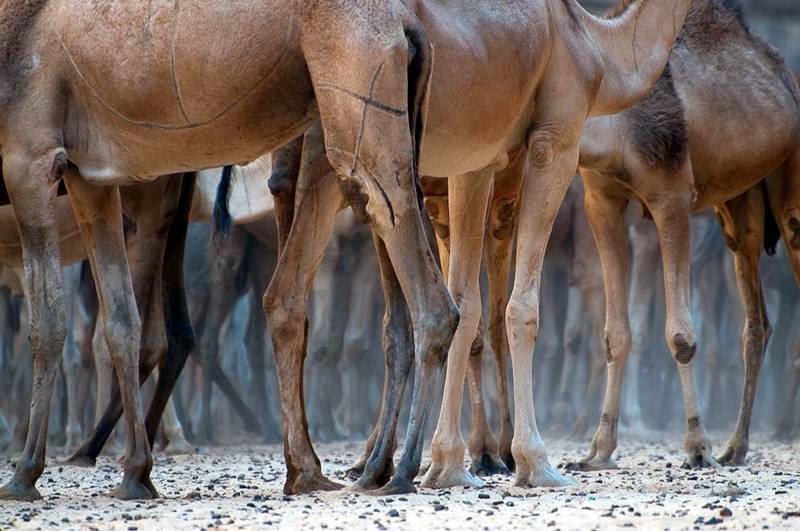 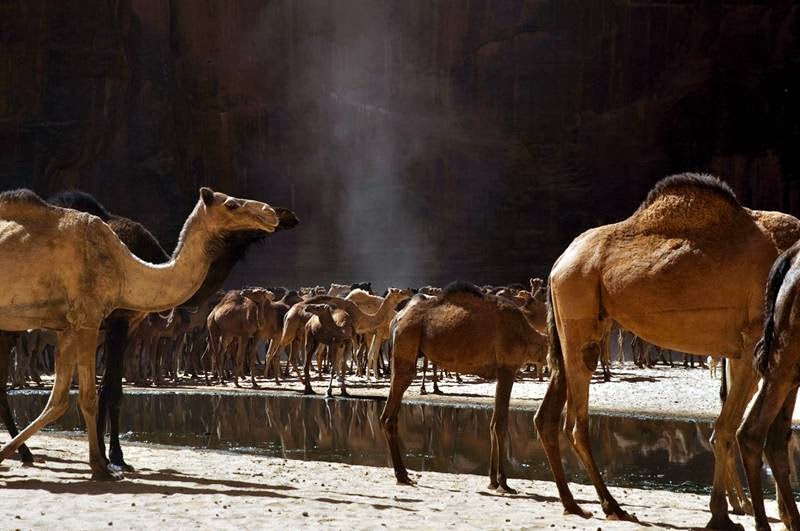 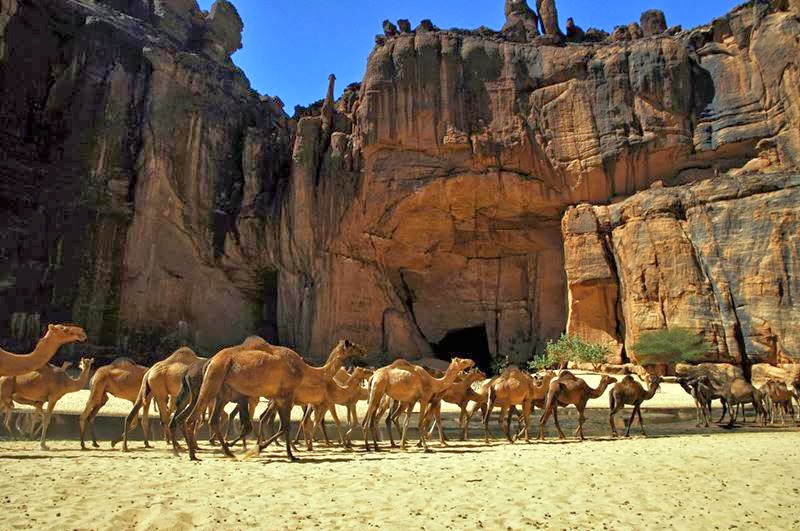 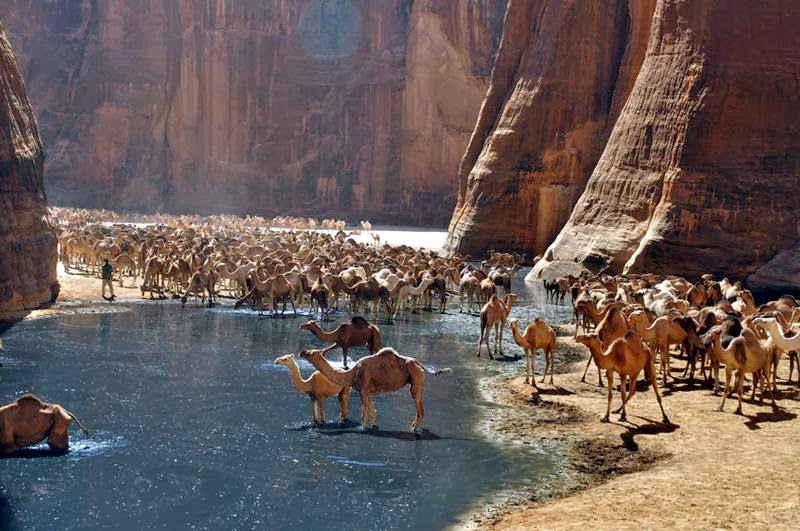 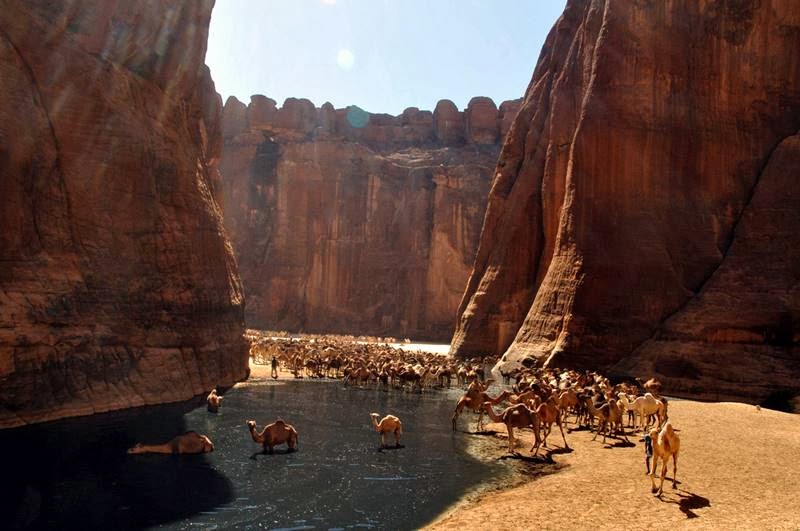 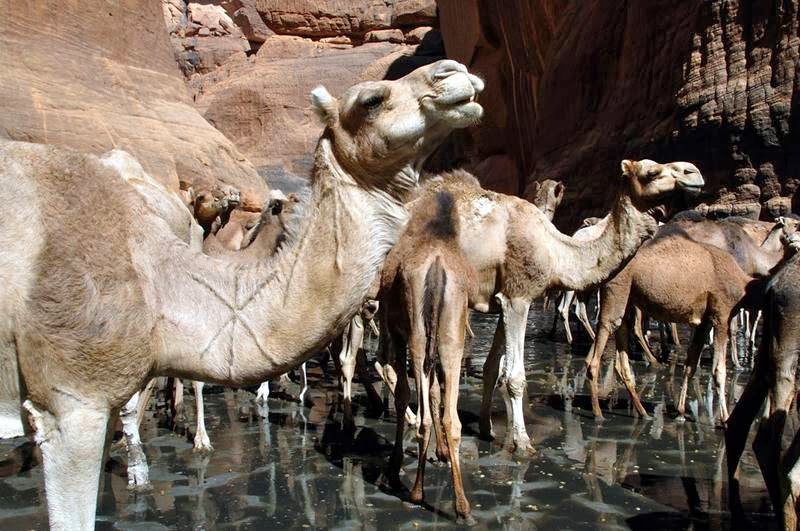 Guelta Archei is a watering place for camels located in the Ennedi plateau. The guelta is also inhabited by a very small number ( between 1 and 7 there are only estimations) of the Nile crocodile. This is one of the last colonies of crocodiles in the Sahara. There is another colony in Mauritania. You can see the crocodile on the right edge. Image by Flickr user Hannes Rada 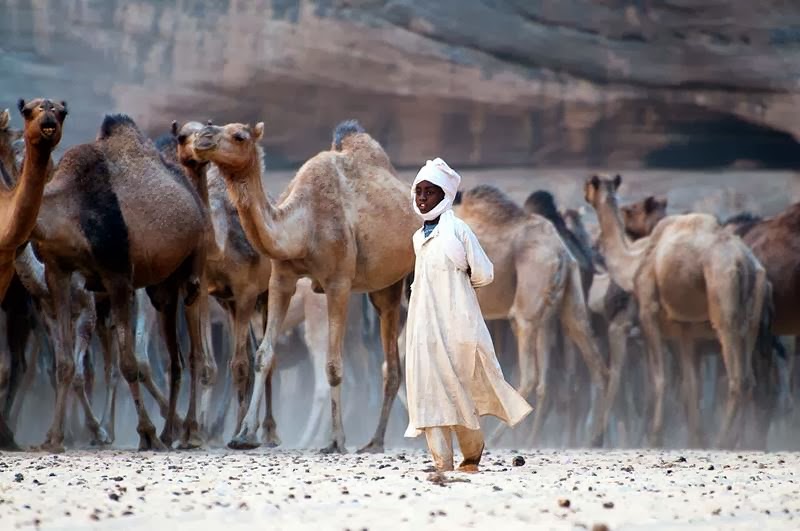 The Guelta d'Archei is the most famous permanent water source in the Ennedi region of Chad. Everyday, hundreds of camels are herded into the guelta in order to drink. That particular morning, one of the herdsmen was claiming that 850 of them were at once in the guelta. The value of a camel ranges between 250 EUR up to 800 EUR (and more). They are mainly raised for the milk they produce and as transport animals (not for the meat). Image by Flickr user A.Bielecki

Saman is now a member of Virtual University of Pakistan
4 hours ago
Welcome Them!