Nokia Lumia 800 truly is the first Windows Phone built from the gro... 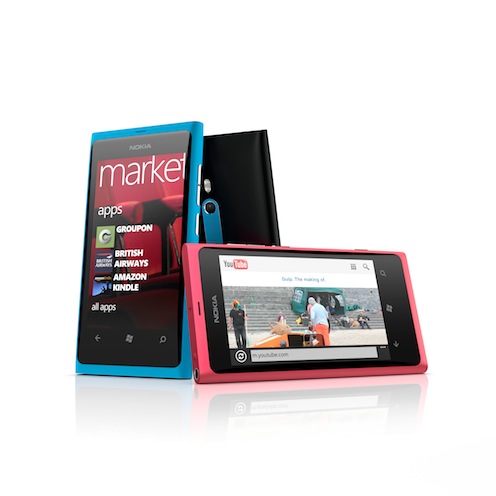 There are a couple of us from ZDNet here at Nokia World and I recommend you check out posts from Mary Jo and Larry. Similar to the feeling that many in the press seemed to have with the iPhone 4S (and we know how that turned out) I have been reading a lot of posts and Twitter updates complaining that Nokia could have done better with Windows Phone and included a front facing camera, NFC, on-device storage, etc. Actually, I think Nokia pretty much blew the lid off the current Windows Phone lineup and agree with Stephen Elop when he stated, “The Nokia Lumia 800 is the first real Windows Phone.”
There are several things to really think about before you make a decision on whether Nokia succeeded or failed here with the Lumia 800 and you may find you agree with me that they succeeded.

Less than a year from an idea to launch

Nokia just made the announcement that they were going to put Windows Phone on their future smartphones back in February and today at the keynote we saw them boxing up retail units at the plant in Finland for availability in November (that’s next week) which means they went from public launch to phones on shelves in about 9 months. That is an incredible pace since you know they have been testing them for a month or two as well. Shoot, Nokia has announced devices (not a major platform shift) and then not delivered this quickly in the past (look at the Nokia N8). This alone is quite a feat and shows me that Nokia is serious about taking Windows Phone to the next level.

Mango was complete several months ago so whatever Microsoft had done just after Nokia announced their switch was what Nokia had to work with. There is no NFC support in Mango so Nokia could not add it, even though they have it in the Nokia N9 and it works well. Front facing cameras are just starting to come out on new Mango hardware, but you can’t use it for anything yet and like all the other front facing cameras and software no one ever seems to use it anyway.
I think it is actually pretty amazing that Nokia was able to get their Nokia Maps software and the Nokia Drive application, along with the Nokia Music application on these devices so quickly and am sure consumers will appreciate the ability to get a Spotify-like service for free on the Lumia 800.

As much as I enjoy using Windows Phone, I have been complaining since day 1 about the rather lame hardware that had Samsung, HTC, and LG taking existing Android devices and slapping in Windows Phone. There was very little creativity by manufacturers of Windows Phone devices, which I personally think has had a significant impact on the lack of adoption by the new smartphone buyer.
Nokia changed that with the Nokia Lumia 800. I already told you how freaking amazing the Nokia N9 hardware is (I just ordered a blue one for myself on ebay) and Nokia was able to take it and put Windows Phone 7.5 inside. This is easily the most appealing Windows Phone device to launch and excites me for future devices. We always knew Nokia could make great hardware and now with Windows Phone inside we are going to see some amazing stuff in 2012 and beyond. Microsoft should be happy too since someone is finally taking advantage of their excellent camera software.

It’s not all good for the U.S. though

While I am excited for the Lumia 800 and am please people will be able to buy it in the next few weeks, the U.S. still seems to get no real attention from Nokia. I was really hoping that the U.S. would be a part of these announcements at Nokia World, but all we know is something is coming to some carrier at some future date in 2012. Thus, there is not much for anyone in the U.S. considering a new phone before the holidays to even look at here with Nokia and Windows Phone and I imagine the Apple iPhone 4S and Galaxy Nexus will be the primary hot sellers here.
I’m sure we will see some fabulous Nokia Windows Phone hardware in the U.S. eventually, but I am sad we didn’t here anything from Nokia here this week.
BTW, I am working on some other posts with hands-on experiences of the Nokia Lumia 800 and 710, but the connectivity here at Nokia World is horrid and it is a better use of my time to spend it with the devices rather than trying to beat the sites focused on posting things first.