"The people of Pakistan celebrate the 23rd of March, every year, with great zeal and enthusiasm, to commemorate the most outstanding achievement of the Muslims of South Asia who passed the historic Pakistan Resolution on this day at Lahore in 1940.” 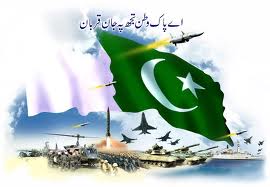 FROM March 22 to March 24, 1940, the Quaid-i-Azam is presiding over the session while Chaudhry Khaliquzzaman is seconding the Resolution.All India Muslim League held its annual session at Minto Park, Lahore. This session proved to be historical.

On the first day of the session, Quaid-i-Azam Muhammad Ali Jinnah narrated the events of the last few months. In an extempore speech he presented his own solution of the Muslim problem. He said that the problem of India was not of an inter-communal nature, but manifestly an international one and must be treated as such. 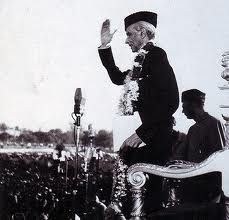 To him the differences between Hindus and the Muslims were so great and so sharp that their union under one central government was full of serious risks. They belonged to two separate and distinct nations and therefore the only chance open was to allow them to have separate states. 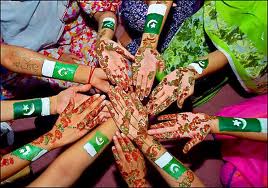 In the words of Quaid-i-Azam: “Hindus and the Muslims belong to two different religions, philosophies, social customs and literature. They neither inter-marry nor inter-dine and, indeed, they belong to two different civilizations that are based mainly on conflicting ideas and conceptions. Their concepts on life and of life are different. It is quite clear that Hindus and Muslims derive their inspiration from different sources of history. They have different epics, different heroes and different episodes. Very often the hero of one is a foe of the other, and likewise, their victories and defeats overlap. To yoke together two such nations under a single state, one as a numerical minority and the other as a majority, must lead to growing discontent and final destruction of any fabric that may be so built up for the government of such a state”.

He further said, “Mussalmans are a nation according to any definition of nation. We wish our people to develop to the fullest spiritual, cultural, economic, social and political life in a way that we think best and in consonance with our own ideals and according to the genius of our people”.

On the basis of the above mentioned ideas of the QuaAt the All India Muslim League session, March 1940, Nawab Sir Shah Nawaz Mamdot presenting address of welcomeid, A. K. Fazl-ul-Haq, the then Chief Minister of Bengal, moved the historical resolution which has since come to be known as Lahore Resolution or Pakistan Resolution. 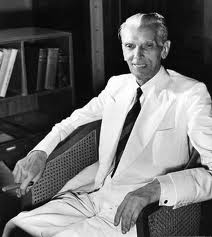 The Resolution declared: “No constitutional plan would be workable or acceptable to the Muslims unless geographical contiguous units are demarcated into regions which should be so constituted with such territorial readjustments as may be necessary. That the areas in which the Muslims are numerically in majority as in the North-Western and Eastern zones of India should be grouped to constitute independent states in which the constituent units shall be autonomous and sovereign”.

It further reads, “That adequate, effective and mandatory safeguards shall be specifically provided in the constitution for minorities in the units and in the regions for the protection of their religious, cultural, economic, political, administrative and other rights of the minorities, with their consultation. Arrangements thus should be made for the security of Muslims where they were in a minority”.

The Resolution repudiated the concept of United India and recommended the creation of an independent Muslim state consisting of Punjab, N. W. F. P., Sindh and Baluchistan in the northwest, and Bengal and Assam in the northeast. 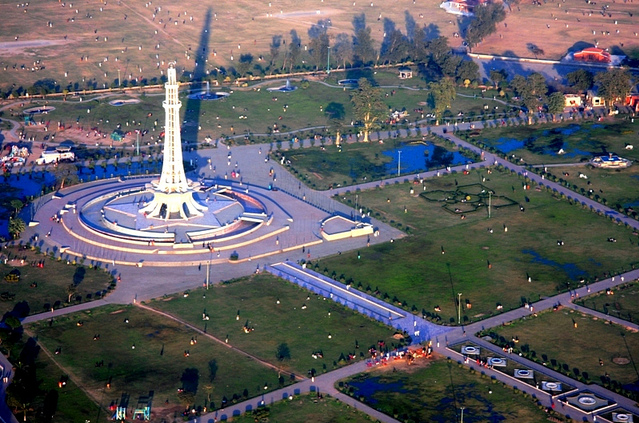 The Resolution was seconded by Maulana Zafar Ali Khan from Punjab, Sardar Aurangzeb from the N. W. F. P., Sir Abdullah Haroon from Sindh, and Qazi Esa from Baluchistan, along with many others.

The Resolution was passed on March 24. It laid down only the principles, with the details left to be worked out at a future date. It was made a part of the All India Muslim League’s constitution in 1941. It was on the basis of this resolution that in 1946 the Muslim League decided to go for one state for the Muslims, instead of two.

Having passed the Pakistan Resolution, the Muslims of India changed their ultimate goal. Instead of seeking alliance with the Hindu community, they set out on a path whose destination was a separate homeland for the Muslims of India–with a great name of Pakistan.

The background of Pakistan Resolution is that in 1937, provQuaid-i-Azam, Liaquat Ali Khan and Nawab Muhammad Iftikhar Hussain Khan of Mamdot at the Lahore Session, March 1940incial autonomy was introduced in the Sub-continent under the Government of India Act, 1935. The elections of 1937 provided the Congress with a majority in six provinces, where Congress governments were formed. This led to the political, social, economic and cultural suppression of the Muslims in the Congress ruled provinces.

The Congress contemptuously rejected the Muslim League’s offer of forming coalition ministries. The Muslims were subjected not only to physical attacks but injustice and discriminatory treatment as regards civil liberties, economic measures and employment and educational opportunities. The Congress Ministries introduced the Wardha scheme of education, the object of which was to de- Muslimise the Muslim youth and children.

According to British historian Reginald Coupland. “It was not only the Working Committee’s control of the Congress Ministries that showed that a’Congress Raj’ had been established. It was betrayed by the conduct and bearing of Congressmen. ..Many of them behaved as if they were a ruling caste, as if they owned the country .”

Mr. Ian Stephens, former editor of the newspaper’ Statesman ‘ and an eyewitness to the working of the Congress Ministries, says: “The effect of this simultaneously on many Muslim minds was of a lightning flash. What had before been but guessed at now leapt forth in horridly clear outline. The Congress, a Hindi-dominated body, was bent on the eventual absorption; Westem-style majority rult?, in an undivided sub- continent, could only mean the smaller community being swallowed by the larger.”

The animosity shown by the Hindus to the Muslim and their own experience of two-and-a-half year Congress rule strengthened the Muslims belief in their separate Nationality .The discriminatory attitude coupled with attempts by the Hindu dominated Congress to suppress the Muslims impelled the Muslims to finally demand a separate sovereign state for the Muslims.

However, the Muslim demand was violently opposed both by the British and the Hindus; and the Congress attitude towards the Muslims led to the hardening of the Muslims belief that only a separate homeland -Pakistan -can guarantee their freedom. This demand was put in black and white on 23rd March, 1940.

After adoption of the Pakistan Resolution, Quaid-e-Azam had a clear objective before him and he struggled hard to achieve it. In one of the meetings, he said: “We are a Nation of a hundred million and what is more, we are a Nation with our distinct culture and civilization, language and literature, art and architecture, legal laws and moral codes, customs and calendar, history and traditions, aptitudes and ambitions. In short, as Muslims we have our own distinctive outlook on life”. He further said that by all cannons of international laws, we are a nation.

In 1945, Quaid-e-Azam proclaimed that only Muslim League represented the Muslims, and proved it to the hilt during 1946 polls, winning 100 per cent seats at the Centre, and 80 per cent in the provinces. Nothing could have been more conclusive to shatter the Congress claim of being a national body. If the British had read the writing on the wall in this verdict, Pakistan could have come into existence two years earlier without bloodshed.

With his charismatic personal Quaid-e-Azam turned the drAt the All India Muslim League Working Committee, Lahore session, March 1940eam of a separate homeland into reality on 14th of August 1947. Ins of severe opposition, establishment of Pakistan, in such a short span of seven year surely an extra-ordinary achievement, which has no m in history.

On the eve of his departure Karachi from Delhi on August, 1947, Quaid-e-Azam a message to Hindustan, implored “The past must be buried and let us start afresh as two independent sovereign States of Hindustan and Pakistan. I wish Hindustan prosperity and peace.”

Even in his post-partition statements, the Quaid-e-Azam envisaged a relationship of peaceful co-existence with India. But, the eruption of war in Kashmir in 1947 created acrimony between India and Pakistan, which became more acute with the passage of time. While Pakistan has throughout been supporting a peaceful resolution of the Kashmir dispute, the Indian obstinacy led to three wars and scores of clashes, peace initiative took him to Agra. Kashmir problem is resolved to bedeviling the relations between Even after the failure of Agra the satisfaction of the parties to both the neighbouring countries.

Pakistan’s present leadership continues to subscribe to the policy of peaceful resolution of all disputes with India. Enumerating Pakistan’ s foreign policy parameters on 23rd June, 2000, General Pervez Musharraf stated: The war should be avoided through a potent deterrence and diplomacy, engaging India on the issue of Kashmir for bringing permanent peace in the region without compromising on sovereignty.

President Pervez Musharraf’s peace initiative took him to Agra. Even after the failure of Agra talks, he continued to persistently pursue his policy of peaceful resolution of all disputes with India. Reciprocating Pakistan President’s gesture, the ex-Indian Prime Minister Atal Bihari Vajpayee, during his visit to Srinagar in April last year, extended his hand of friendship towards Pakistan. A meeting between the two leaders, on the sidelines of SAARC Summit in Islamabad early this year, led to a barrage of confidence-building measures and Secretary-level talks.

Now there is need to ensure a quick forward movement to resolve the long simmering Kashmir dispute, which has been the main irritant and the bone of contention between

India and Pakistan. All contentious issues between the two countries would be automatically settled if the Kashmir problem is resolved to the satisfaction of the parties to the dispute.

In short, the commemoration of 23rd March is an expression of the whole nation’s resolute determination to preserve her independence and the Day’s celebrations are a reflection of this.●