Night vision is a spy or action movie you've seen, in which someone straps on a pair of night-vision goggles to find someone else in a dark building on a moonless night. And you may have wondered "Do those things really work? Can you actually see in the dark?" 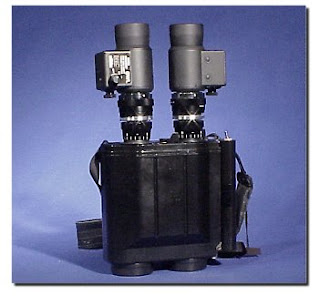 The answer is most definitely yes. With the proper night-vision equipment, you can see a person standing over 200 yards (183 m) away on a moonless, cloudy night! Night vision can work in two very different ways, depending on the technology used. 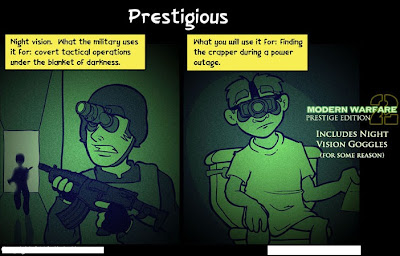 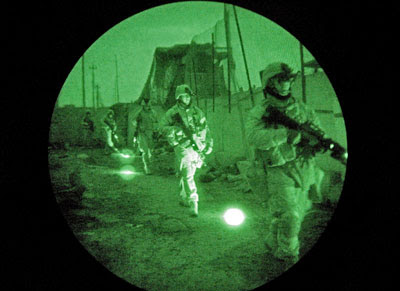 In order to understand night vision, it is important to understand something about light. The amount of energy in a light wave is related to its wavelength: Shorter wavelengths have higher energy. Of visible light, violet has the most energy, and red has the least. Just next to the visible light spectrum is the infraredspectrum.
Infrared light can be split into three categories:
The key difference between thermal-IR and the other two is that thermal-IR is emitted by an object instead of reflected off it. Infrared light is emitted by an object because of what is happening at the atomiclevel.
Atoms
Atoms are constantly in motion. They continuously vibrate, move and rotate. Even the atoms that make up the chairs that we sit in are moving around. Solids are actually in motion! Atoms can be in different states of excitation. In other words, they can have different energies. If we apply a lot of energy to an atom, it can leave what is called the ground-state energy level and move to an excited level. The level of excitation depends on the amount of energy applied to the atom via heat, light or electricity.
An atom consists of a nucleus (containing the protons and neutrons) and an electron cloud. Think of the electrons in this cloud as circling the nucleus in many different orbits. Although more modern views of the atom do not depict discrete orbits for the electrons, it can be useful to think of these orbits as the different energy levels of the atom. In other words, if we apply some heat to an atom, we might expect that some of the electrons in the lower energy orbitals would transition to higher energy orbitals, moving farther from the nucleus.
Once an electron moves to a higher-energy orbit, it eventually wants to return to the ground state. When it does, it releases its energy as a photon -- a particle of light. You see atoms releasing energy as photons all the time. For example, when the heating element in a toaster turns bright red, the red color is caused by atoms excited by heat, releasing red photons. An excited electron has more energy than a relaxed electron, and just as the electron absorbed some amount of energy to reach this excited level, it can release this energy to return to the ground state. This emitted energy is in the form of photons (light energy). The photon emitted has a very specific wavelength (color) that depends on the state of the electron's energy when the photon is released.
Anything that is alive uses energy, and so do many inanimate items such as engines and rockets. Energy consumption generates heat. In turn, heat causes the atoms in an object to fire off photons in the thermal-infrared spectrum. The hotter the object, the shorter the wavelength of the infrared photon it releases. An object that is very hot will even begin to emit photons in the visible spectrum, glowing red and then moving up through orange, yellow, blue and eventually white.
In night vision, thermal imaging takes advantage of this infrared emission. In the next section, we'll see just how it does this.
Thermal Imaging
Here's how thermal imaging works:
Types of Thermal Imaging Devices
Most thermal-imaging devices scan at a rate of 30 times per second. They can sense temperatures ranging from -4 degrees Fahrenheit (-20 degrees Celsius) to 3,600 F (2,000 C), and can normally detect changes in temperature of about 0.4 F (0.2 C).
There are two common types of thermal-imaging devices:
While thermal imaging is great for detecting people or working in near-absolute darkness, most night-vision equipment uses image-enhancement technology.