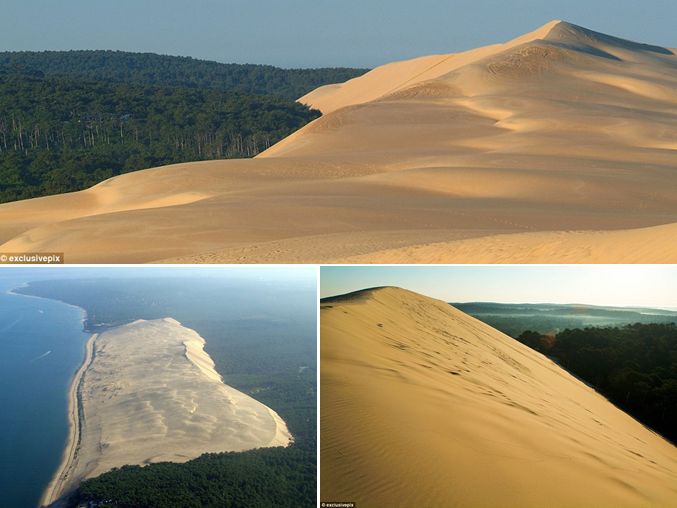 It may look weird but a Pine Forest along the Atlantic Coast of France is being slowly and gradually eaten up by a huge mountain of sand that is ever expanding and moving inland eating away whatever comes its way.

This mysterious sand dune, measuring 3 km long and 100 m high has so far inched 500 metres inland - and has become the largest sand dune in Europe and is marauding inland with such force it is swallowing houses, roads and even a forest.

Called the Great Dune of Pyla, the dune is located on the Atlantic coast in La Teste-de-Buch, around 60 km south-west of Bordeaux, and has ballooned over the centuries to consist of 60 million cubic metres of sand. The dune has been formed over several centuries by westerly Atlantic winds which blow sand onto the shore from a sandbank off the coast.