In Patagonia, South America, General Carrera Lake is shared by Argentina and Chile. But on the Chilean side of the beautiful emerald-green to turquoise-blue waters, there are breathtakingly beautiful marble caves carved into passageways and caverns. These amazing marble formations were sculpted by erosion into three main marble formations: La Capilla (the Chapel), El Catedral (the Cathedral), and La Cueva (the Cave). The impressive labyrinth of marble caves are large enough for a small boat to glide into. Here are those magnificent marble caves. 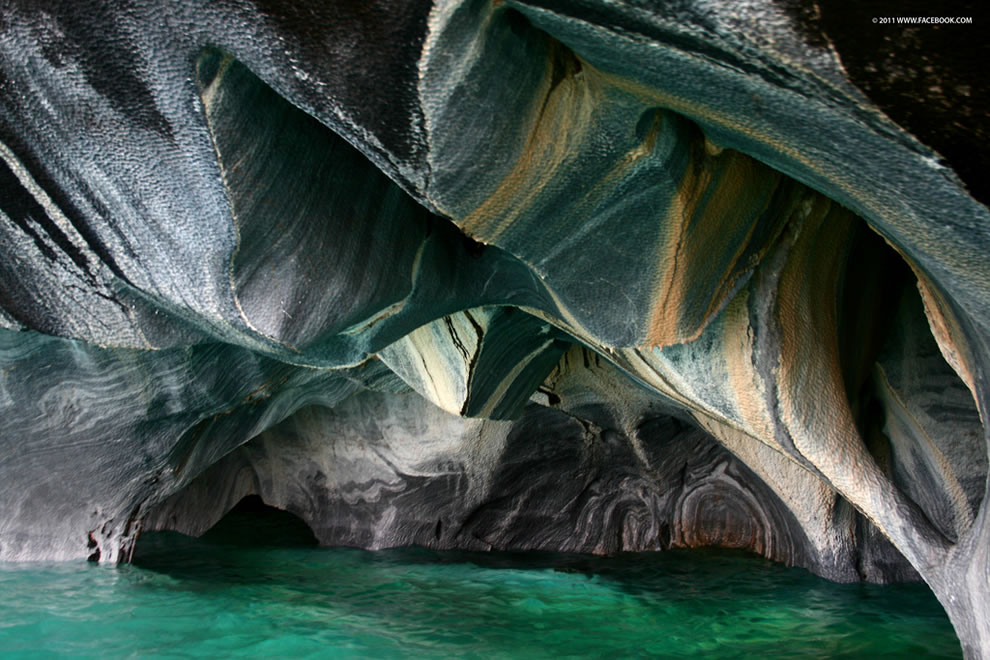 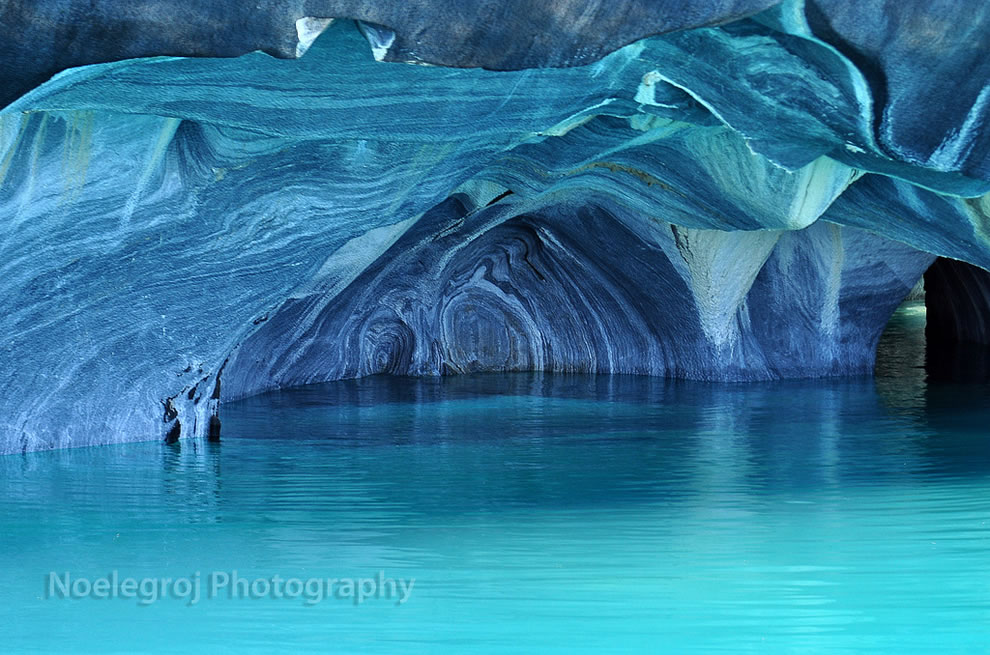 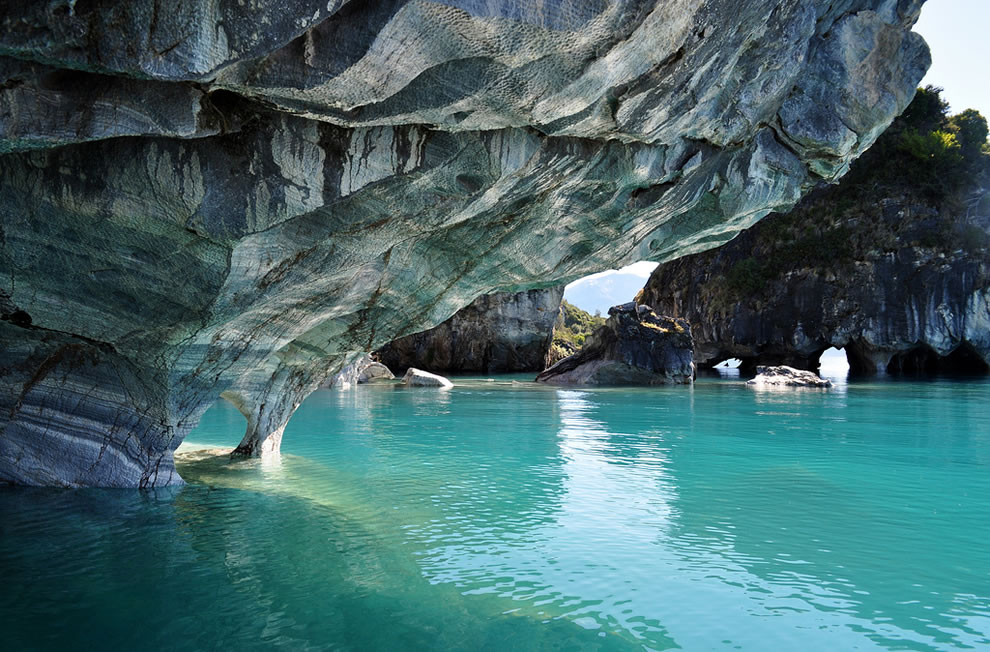 imagine something happening that would endanger these exquisite azure caverns. It might if Chile continues with plans to build five hydro-power dams in Patagonia. 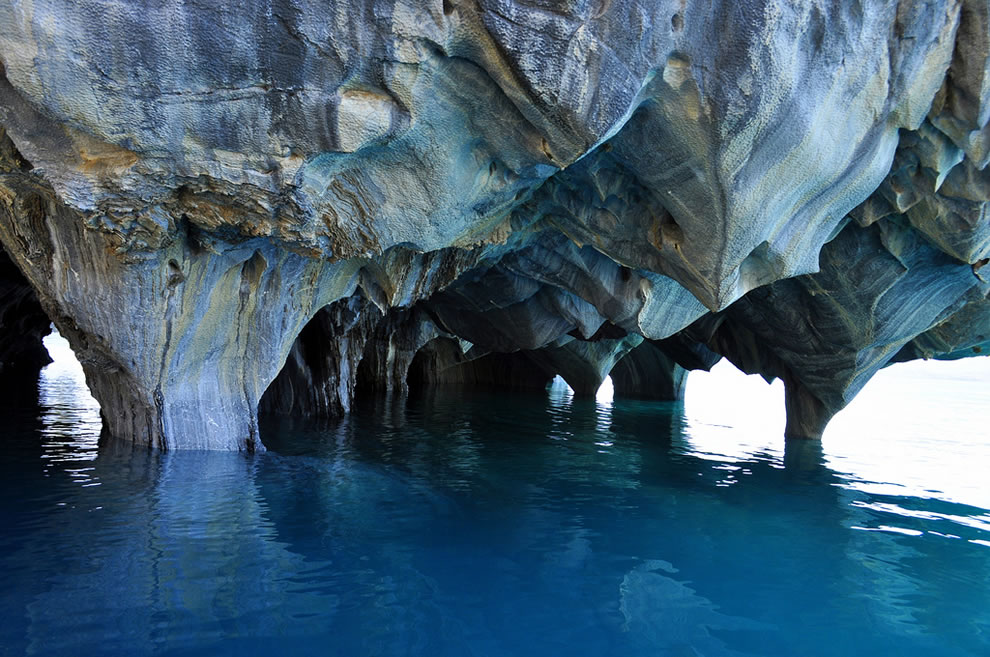 The Marble Caves is geological formation of unusual beauty. These caves have formed in a pure marble and are bathed in the deep blue water of General Carrera Lake.The enormous General Carrera Lake is fed by rivers coming from several glaciers of Patagonian Andes. 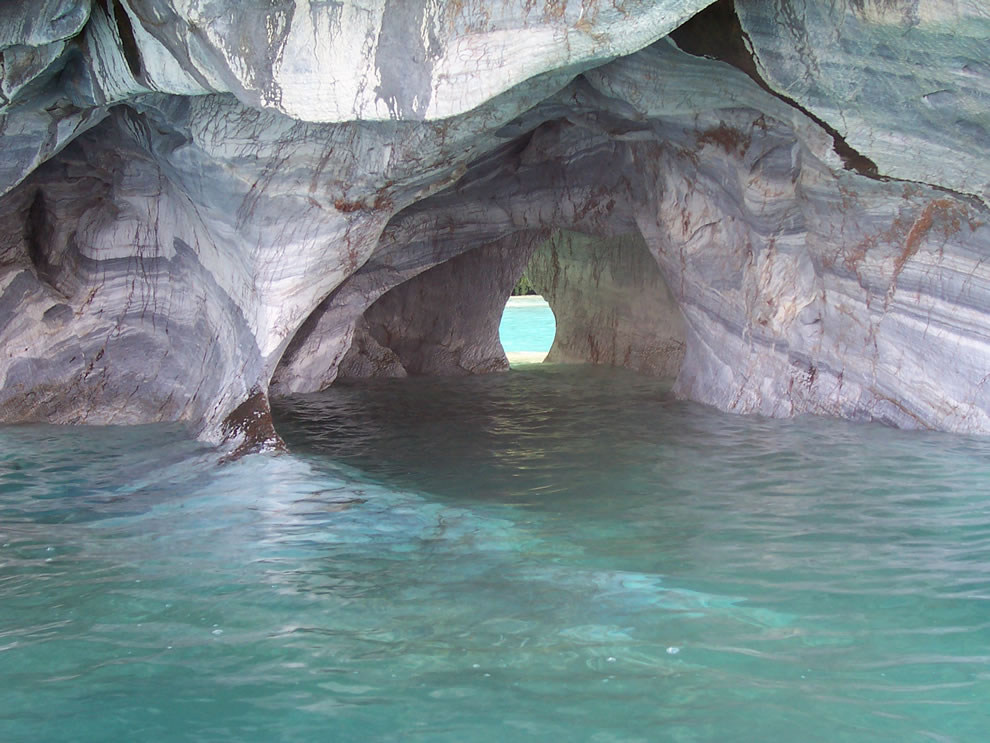 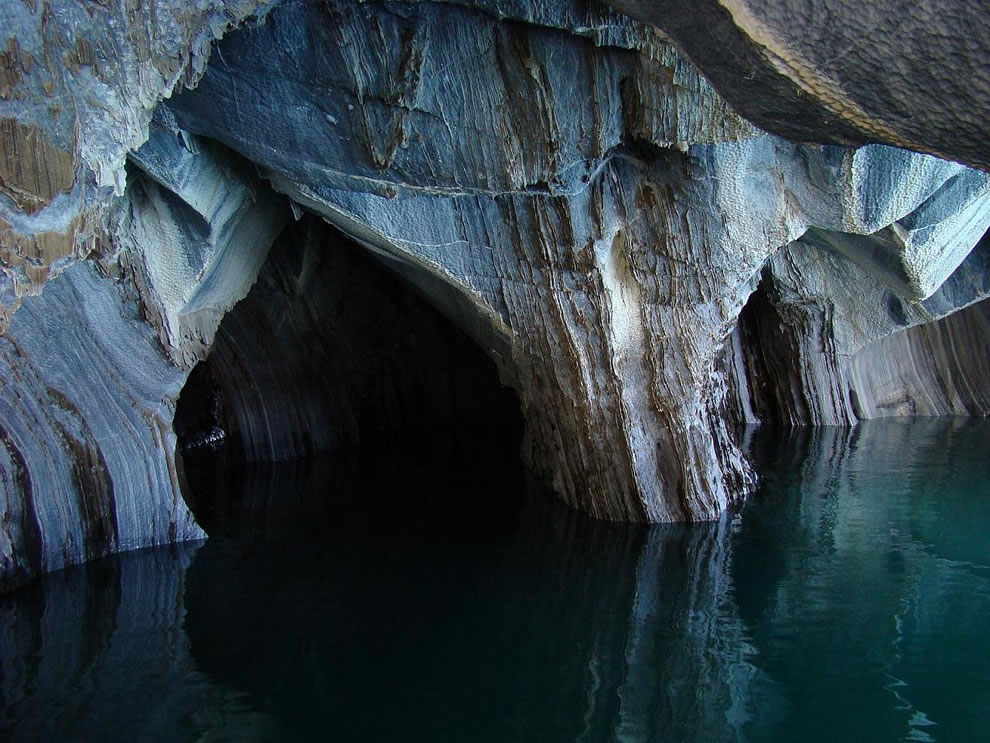 The ice of glaciers contains small particles and, when the ice melts, many particles remain suspended in the water. This gives an unusual effect – the glacial meltwater is slightly turbid and it refracts the blue part of sunlight. Due to this the water of General Carrera Lake has a distinct blue color. 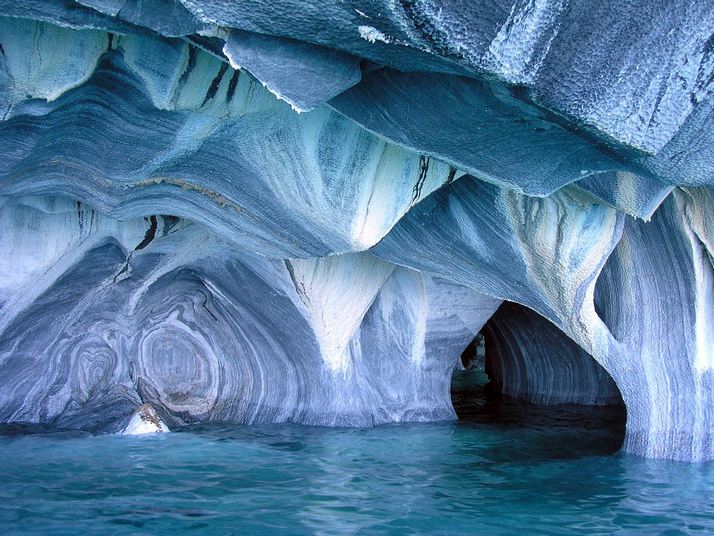 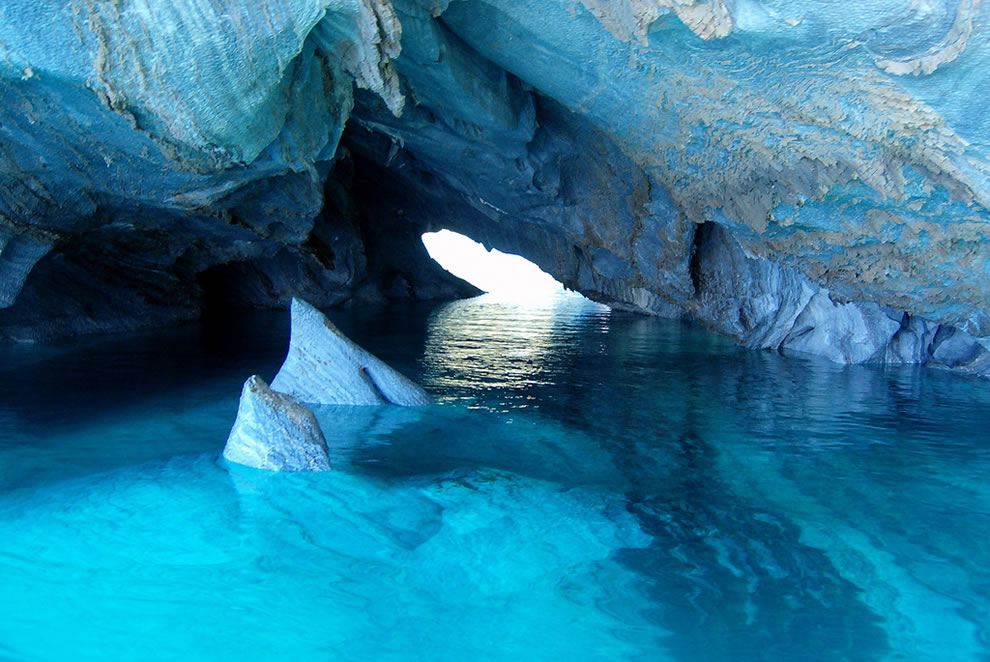 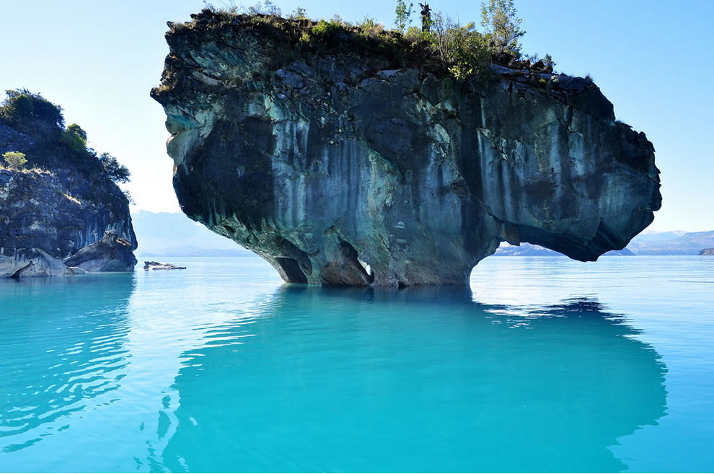 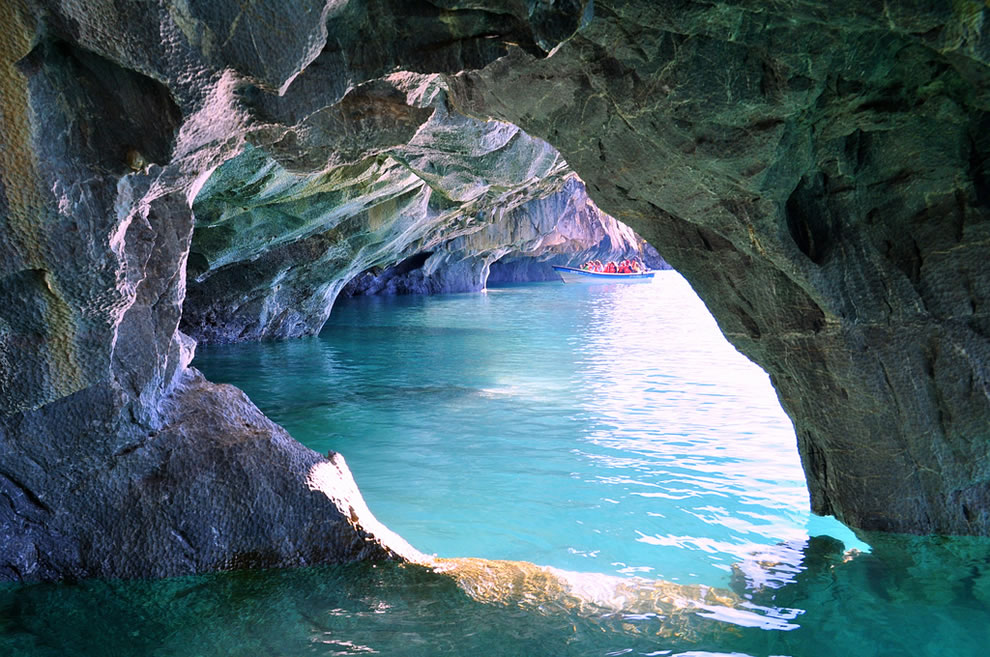