Most Beautiful Water Parks in the World ......

Since the 1940s, the water theme park market has dramatically grown and developed from once simple water parks resembling mountain resorts into modern theme parks that feature artificial beaches, spas, water slides and a lot more. These amusement parks have grown in popularity that people go and bask in them regardless of the season. Known as one of the favorite four-season destinations of people from all ages today, modern water theme parks generally feature splash pads, river pools, wave pools and vast simulated settings that make activities such as surfing and body boarding available. Here is a list of the top 10 water theme parks today:

Located in Oxenford, Gold Coast, Wet n’ Wild Water World is a popular water park that offers a wide range of pools and attractions. Since it was launched in 1984 as Cade’s Country Park, it has attracted people from around the world, especially in Australia. Its Extreme H2O Zone features leading-edge attractions such as the Kamikaze, Tornado and Black Hole, plus Mach 5, a water complex that features five different types of slides. It also features a collection of slides with speed reaching up to 60 kilometres per hour. Among its oldest rides are the Double Screamer, Mammoth Plunge, Speed Coaster, Speed Slide, Terror Canyon, Twister and White Water Flumes.

The largest in the United States, Noah’s Ark Water Park has a total of 51 water slides and is dubbed as “the place for water in the Midwest.” Based in Wisconsin Dells, this water theme park involves 18 different indoor water parks that offer different attractions such as paradise lagoons, wave pools, lazy rivers, and 4-D Dive-in Theatre, above all. Noah’s Ark opened in 1979 and was originally named “Noah’s Incredible Adventure.” Nine years after it celebrated its 27 years of operation in 2003, the popular park was bought by US-based amusement company Palace Entertainment. Among its most thrilling water slides today are the Black Anaconda, the world’s largest bowl ride known as Time Warp, and the Scorpion’s Tail, which is the first ever vertical looping water slide in the United States.

Located in the south beach of Blackpool, Lancashire, England, Sandcastle Water Park started its operations in 1986 and is known today as the largest water theme park in the whole of the United Kingdom. It is located opposite the famous Pleasure Beach and has water chutes, wave machines and fun pools as its major attractions. It houses the world’s longest indoor roller-coaster water slide internationally known as the Master Blaster. Through the years, this water park has also grown in popularity because of the first-ever vertical indoor drop slide known as the Sidewinder. Just in 2012, Sandcastle introduced two more theme slides, the Aztec Falls and the Montazooma. It is also popular for the Caribbean Storm Treehouse, a play area with a tall artificial coconut tree that sprinkles water on guests. The jets, mini slides and water cannons are also among its major tourist attractions.

Home to the largest wave pool in the world, Sunway Lagoon is a water theme park located in Petaling Jaya, Malaysia and involves an expansive count of water slides and rides. It is one of the major attractions of Malaysia today not just because of the water park but also because of the dry park located just adjacent to it. Among its major attractions are the Wild Wild West, Waters of Africa and the World of Adventure, three of its most popular water rides. Tourists are now looking forward to the new water and dry parks that will be launched within the vicinity of the Sunway Lagoon in 2014. This extreme park also offers extreme activities such as archery target shooting, go-kart and all terrain vehicles (ATR). Tourists who visit the place also get to explore the simulated waters of Africa.

Located in Santa Monica, California, USA, Pacific Park is among the most visited water theme parks in the United States because of its good location. Tourists who visit the place can try its rides and look straight out on the Pacific Ocean as well as the famous Catalina Island. It has the largest solar powered Ferris wheel in the world and houses dozens of rides and food stalls. Among its major attractions are the Ship Ahoy, Red Baron, Frog Hopper, Pier Patrol and Crazy Submarine, a spinning small yellow submarine for kids. It is also popular for its wooden roller coaster known as the Blue Streak Racer. The Pacific Park is the only water theme park in the West Coast of the United States that is situated near an actual pier.

A water theme park situated in Pathum Thani Province, Thailand, Dream World includes a total of three roller coasters and numerous rides that fit all ages. It is divided into four zones, namely Dream World Plaza, Adventure Land, Fantasy Land and Dream Gardens. All in all, this Asian water theme park has 40 thrill rides. Its main attraction is the first hanging roller coaster to have ever launched in Asia, located in the Adventure Land zone. It also features a river rafting area that emulates the Grand Canyon. Its Dream Garden zone is widely visited as it surrounds a beautiful lake located just across the Dream World Plaza. An event named “The Color of the World” is held here every weekend.

Spanning a total of 33 hectares of land in South India, Wonderla Water Park is one of the largest water amusement parks in Bangalore. It is the second water theme park to have been promoted by the V-Guard Industries, Ltd. and has a total of 53 water rides in its vicinity. Among the wide range of attractions that this theme park offers are the electronically controlled rain showers and the solar heated pools during the winter season. The free fall ride for children is among its major attractions for children. Since it was launched in 2005, Wonderla Water Park has been an attraction for several Asian countries. Its Fantasy Land features state of the art rides such as The Giant House and Hurricane the Ride.

Operating in New Braunfels, Texas, USA, Schlitterbahn Water Park Resort is a water theme park that began as a simple river accommodation dubbed as Landa Resort. Through the years, the facility has evolved as it began to feature new water slides and pools for its guests. Since 1998, Schlitterbahn has been getting awards from different award giving bodies because of its beauty. Its major attraction is the Boogie Bahn 2 and the sea trek experience that it offers especially for tourists. It also offers sea trek experience for its guests, where they can catch a glimpse of the underwater with their diving helmets.

Known as the largest water park in the Caribbean region, Las Cascadas Water Park offers several attractions that are great for both children and adults. Among its major attractions today is the Crazy River, an artificial river that was built to emulate natural fast-flowing rivers. Its wave pools are also there to simulate the waves of the sea. The kiddie pool area inside Las Cascadas and the speed slides are most popular among children, while the water tunnel and “The Bomb” are among the favourite attractions of most adults. Its list of popular rides includes El Laberinto, El Torbellino, Tunel Acuatico, Rio Loco, Piscina de Actividades, Piscina de Olas, and Rio Tropical Pasivo. Since it was opened in 1985, the Las Cascadas Water Park has been among the most visited theme parks in Puerto Rico.

Located in New Hampshire, United States, Water Country was introduced in 1984 and was recently awarded as “The Largest, Cleanest, Safest and Friendliest Water Park” in New England. It is among the very few water theme parks in the country that allow tourists to have picnic in its vicinity. This water theme park features kid-only water playground areas, high-speed slides, family oriented water playground areas. It is also popular because of its Whirlpool, Thunder Falls and Wild Canyon. It is not affiliated with the Water Country USA, another water park that was launched in 1984. Tourists who visit this place are offered with a variety of options, as they can choose among its 18 major water attractions and its 47 other resort facilities. 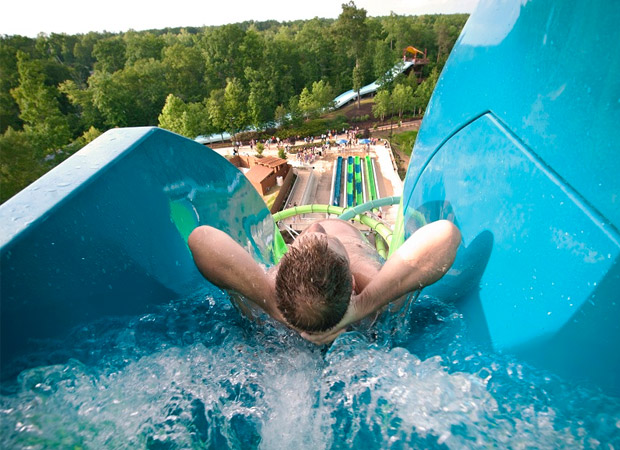 STA408 Design and Analysis of Experiments