And #1 goes to … Doc Brown’s awesome DeLorean. Starring Christopher Lloyd and Michael J. Fox, Back to the Future was produced by Steven Spielberg and remains one of the best and loved movies to anyone who lived through the 80′s.

And more popularity was brought by the Doc Brown’s DeLorean, which can travel through time thanks to a flux-capacitor, a plutonium-fueled nuclear reactor.

The original production of the car was surrounded by scandal due to its creator, John Z. DeLorean. He was indicted on drug and monetary charges. With all that fuss, the cars’ production was stopped and were sold in Columbus, Ohio, for $6.000.

However, Doc Brown’s DeLorean remains the most memorable movie car ever, with an imposing look. And to quote Doc Brown : ‘The way I see it, if you’re gonna build a time machine into a car, why not do it with some style?’

The car, beautifuly nicknamed Herbie, features the racing number ’53′ as its trademark and it was chosen by the produced Bill Walsh, who happens to be a fan of Don Drysdale (Lost Angeles Dodgers baseball player with 53 as jersey number).

Why we ranked Herbie as #2? Try and find someone who doesn’t know who Herbie is. We dare you! Besides, The Love Bug as so popular that 4 sequels appeared : Herbie Rides Again, Herbie Goes to Monte Carlo, Herbie Goes Bananas and Herbie : Fully Loaded.

Manufactured by the Ford Motor Company, ‘Eleanor’ is a 2-door fastback Mustang GT dressed with Shelby GT500 badging and a GT500-inspired bodykit.

The action movie ‘Gone in 60 Seconds’ present the story of a car thief with one last job to finish.
And Nicolas Cage couldn’t complete the job if he didn’t had the beautiful Eleanor.

The 1963 Aston Martin DB5 is one of the most iconic cars in history and many famous actors had the honor to stand behind its steering wheel.

Sean Connery drove the 1963 Aston Martin in Goldfinger and in Thunderball, Pierce Brosnan in Goldeneye and in Tomorroe Never Dies, Daniel Craig drives one in Casino Royale, and last but not least, Roger Moore in The Cannonball Run.

Nowadays, this is car is as famous as it was in 1964. In 2006, one of the models used for Goldfinger publicity was auctioned for a whopping $2 million. 4 years later, another of the Aston Martins used in filming the same movie was auctioned off for over $4 million!

Bumblebee is probably the most loved car from the Transformers. Who wouldn’t want a car that could turn into an Autobot?

If at first Sam Witwicky (played by Shia LeBeouf) despised the idea, now he and the 2006 Chevrolet Camaro are best friends.

In the beginning of Transformers, Bumblebee is portrayed by a 1977 chevrolet Camaro Z28 and later it turns into a beautiful 2006 Chevrolet Camaro. And it keeps appearing in this form in 2 more  movies.

For the filming scene of the chase, 2 identical Mustangs were used.
One of the cars was scrapped after filming and rumors say that the other car lies now in a barn in the Ohio River Valley.

And that car can make you feel almost as awesome as Steve McQueen.

Did you like The Dukes of Hazzard? Both the movie and the TV show?

If it wasn’t for the adorable Johnny Knoxville, which everybody loves him for his madness in Jackass, The Dukes of Hazzard wouldn’t be that cool.

But above Johnny Knoxville stands that 1969 Dodge Charger, known as The General Lee.

This awesome car was the star, best known for its signature ‘Dixie’ horn, its welded shut doors, its long and high jumps and the amazing stuns with the aid of professional drifter Rhys Millen.

Its ‘brain’ is a Knight 2000 microprocessor and is powered by the Knight Industries’ turbojet with modified .

KITT is armored withy ‘Tri-Helical Plasteel 1000 MBS’, which protects him from explosive devices and all forms of firearms. Also, it is protected by a thermal-resistant coating, which can sustain temperature up to 426 degree Celsius.

And we all love KITT’s voice ( the American actor and former president of the , William Daniels).

Bottom line, KITT is one memorable car and deserves its place in this top 10.

The movie was a major success, and the key to its success was the Ghostbuster’s automobile, named The Ectomobile.

Also known as ‘Ecto-1′, ambulance/hearse car was made by the Miller-Meteor coach company located in Bellefontaine, Ohio. Truly, a masterpiece!

Worth $4800, the Ecto-1 features brakes, brake pads, steering box, rear-end, new rings, mufflers, lining and transmission. And it appeared both in Ghostbusters and Ghostbusters 2.

We begin our top 10 of the most memorable movie cars with this awesome 1976 Ford Gran Torino, Starsky’s Gran Torino, to be more specific.

And we all know the story. 2 cops bust criminals in their Ford Torino with the help of Huggy Bear (Snoop Dogg). During filming, about 10 of the cars were destroyed. Only a few have survived. 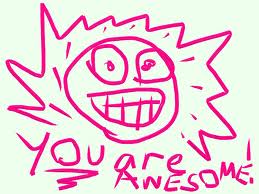