Namib Desert, Where the Desert meets the Ocean

The Namib is a coastal desert in southern Africa. The name Namib is of Nama origin and means "vast place". According to the broadest definition, the Namib stretches for more than 2,000 kilometres or 1,200 mi along the Atlantic coasts of Angola. Namib is well known for the world's oldest desert and has been in existence for some 43 million years, remaining unchanged in its present form for the last 2 million years.  The most widespread and dominant type of desert sand dune are linear dunes, with crescent shaped dunes common along the coast and clusters of star dunes, such as the towering horseshoe of dunes at Sossusvlei, found in the eastern reaches of the sand sea. Sossusvlei in the Namib Desert is the one attraction that should not be missed while you are in Namibia; the dunes are amazing and even though this is a popular tourist destination it is still easy to gain a sense of solitude while climbing one of the dunes or walking to Dead or Hidden Vlei. TheNamib Desert section of the Namib-Naukluft Park also includes the Swakop and Kuiseb River Canyons.

The most spectacular is its unique feature that offers exceptional images. Indeed, this desert without end extending to the Atlantic Ocean to offer us a unique contrast. Again, we can thank Mother Nature for the gift of several hundred kilometers along the coast Namibian. If you want to enjoy it with your own eyes adventurers, go to Swakop, a town at the beginning of the desert, where several companies offer helicopter flights to admire this beautiful encounter between desert and ocean. 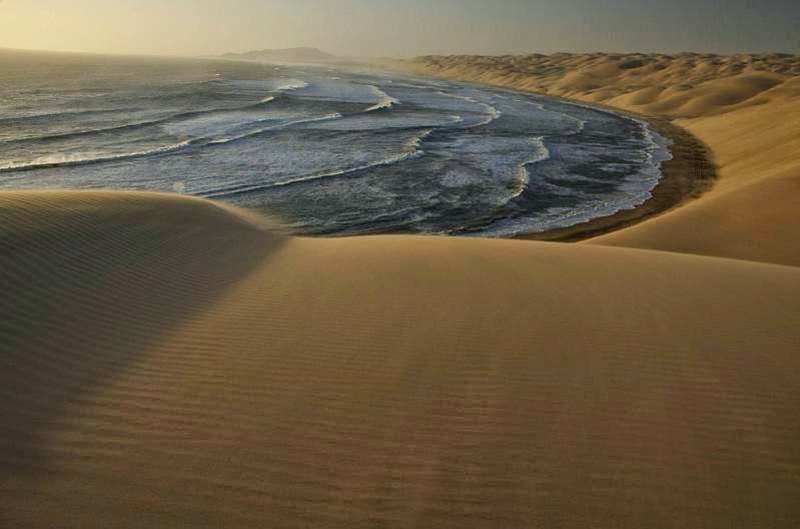 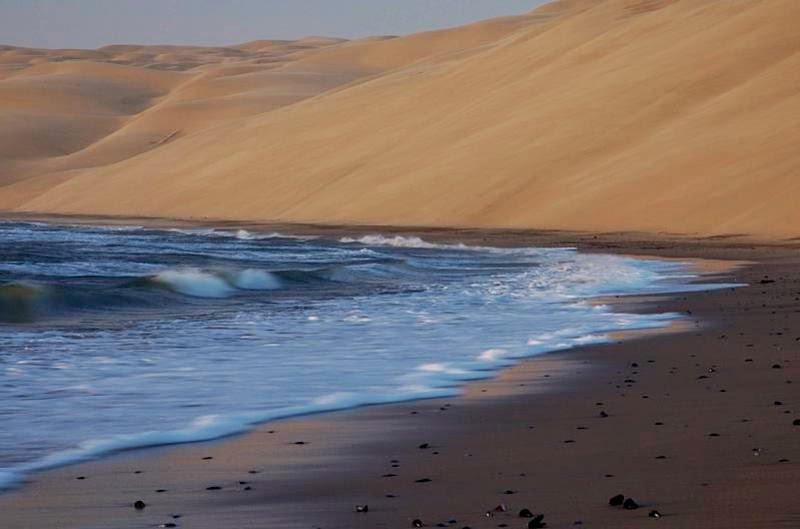 Namibian Express - desert meets sea  — The Namibian Express travels through a beautiful part of Africa. It passes through the amazing landscapes of Namibia from the apricot coloured dunes of the Namib desert to the rough Atlantic coast line. As the lights of civilisation are left behind, spectacular sunsets give way to silent darkness under a blanket of stars, followed by a wonderful sunrise. On board you can enjoy the highest comfort, safety and first-class service with the company of a maximum of 48 guests. The interesting modern interior of the train was designed in colours and motifs of the country. Photos: Lernidee Erlebnisreisen GmbH. Image credit Simon Pielow 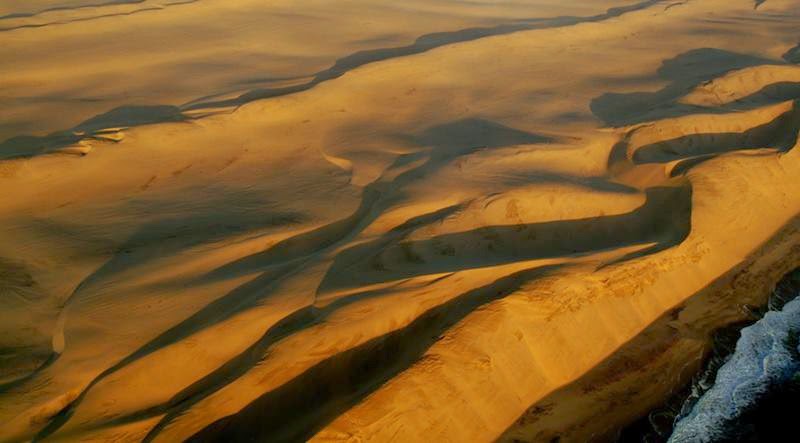 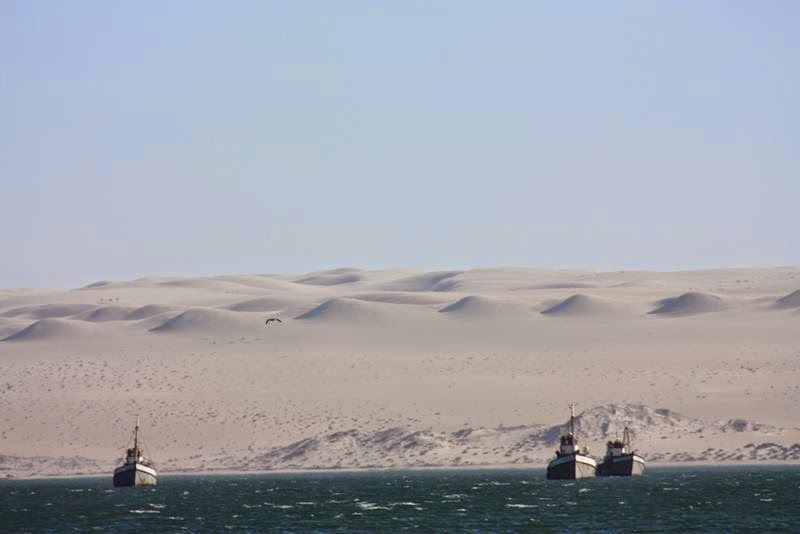 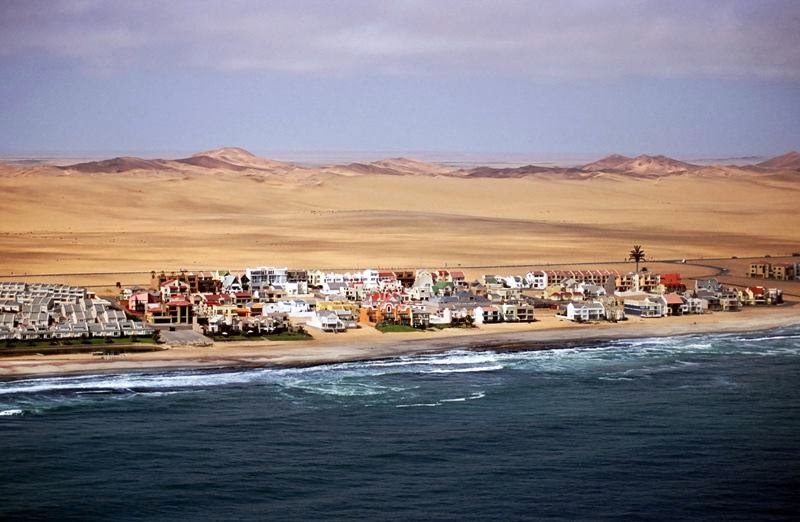 Gorgeous Swakopmund is one of the best beaches in Africa for adventure seekers. There’s a large area of the coastal plain of the Namib Desert given over to purpose built low-rise resorts where there’s actually quite a Germanic feel. There’s plenty to see in the architecture of the town, but more importantly there’s a ton of things to do. Sporty types will love this place. Image and text credit SWAKOPMUND, NAMIBIA 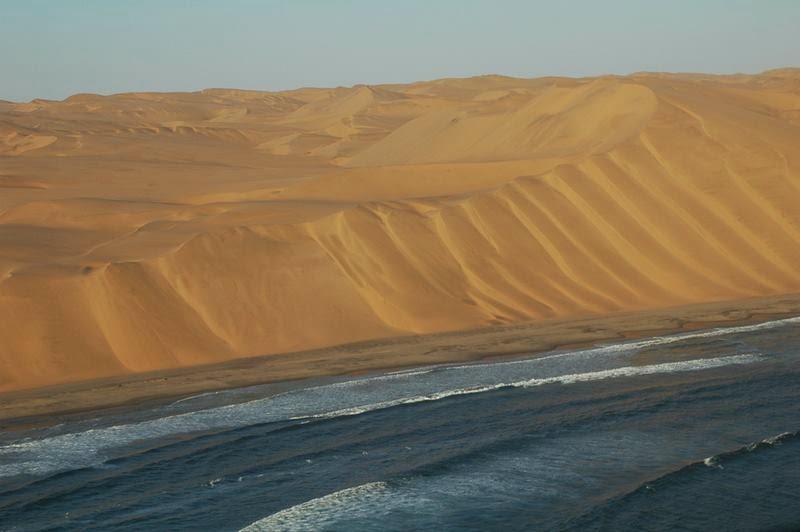 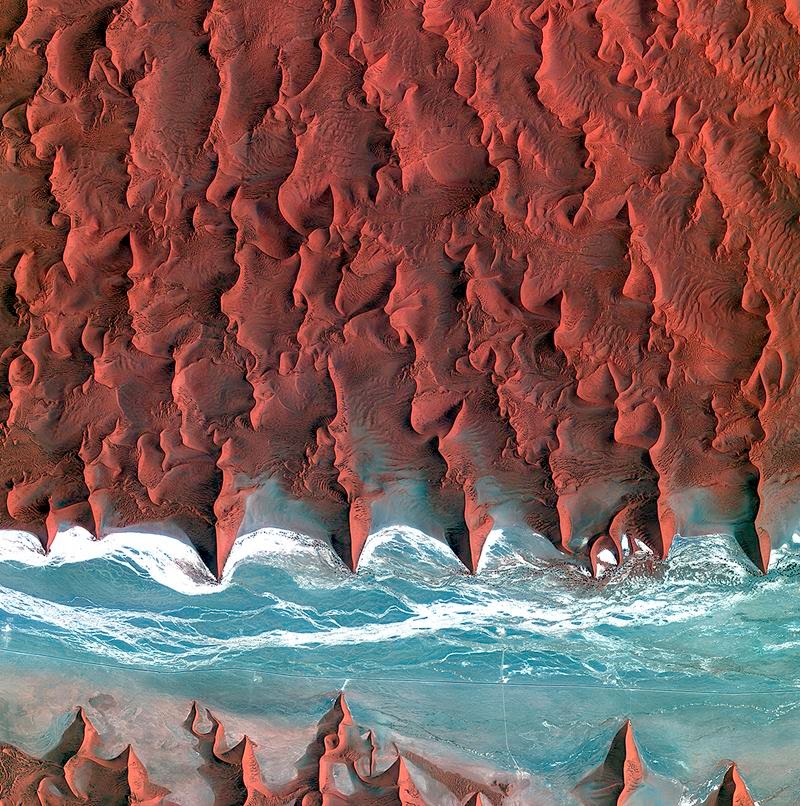 Korea’s Kompsat-2 satellite captured this image over the sand seas of the Namib Desert on 7 January 2012. The blue and white area is the dry river bed of the Tsauchab. Black dots of vegetation are concentrated close to the river’s main route, while salt deposits appear bright white. Running through the river valley, a road connects Sossusvlei to the Sesriem settlement. At the road’s 45th kilometre, seen at the lower-central part of the image, a white path shoots off and ends at a circular parking area at the base of a dune. This is Dune 45, a popular tourist stop on the way to and from Sossusvlei. In this image, there appears to be some shadow on the western side. From this we can deduce that the image was acquired during the late morning. ESA supports Kompsat as a Third Party Mission, meaning it uses its ground infrastructure and expertise to acquire, process and distribute data to users. Image and text credit  Esa 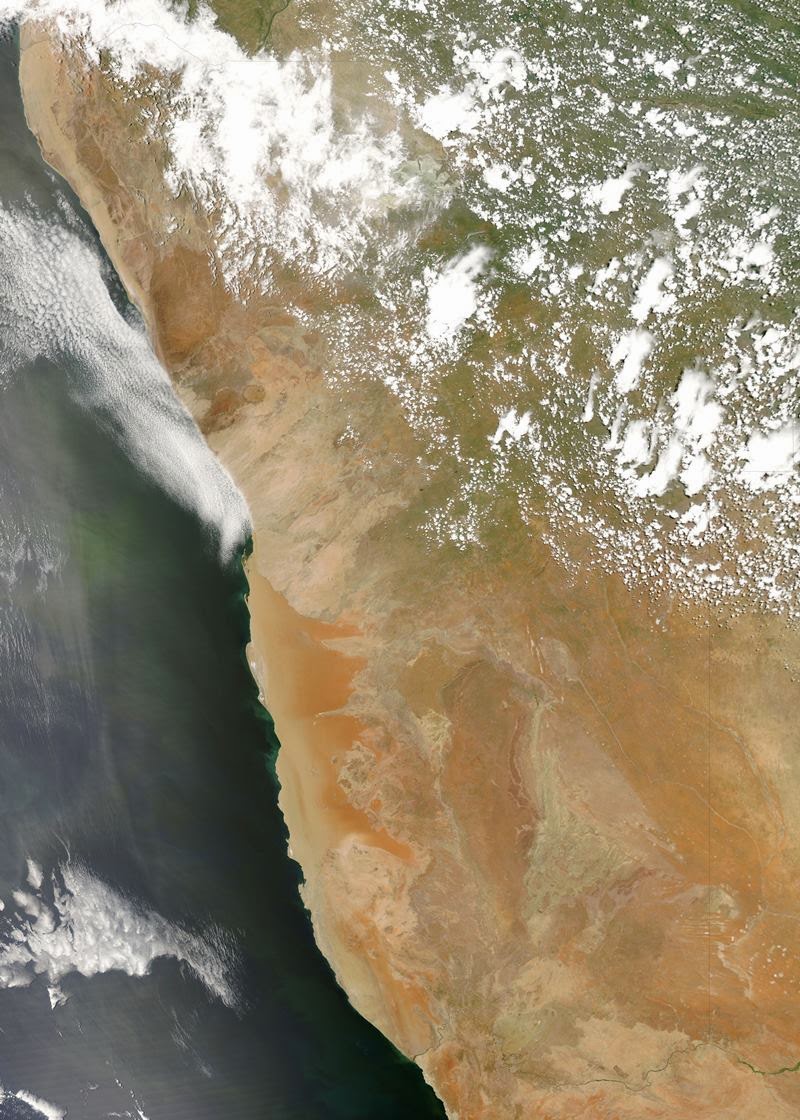 Saman is now a member of Virtual University of Pakistan
4 hours ago
Welcome Them!