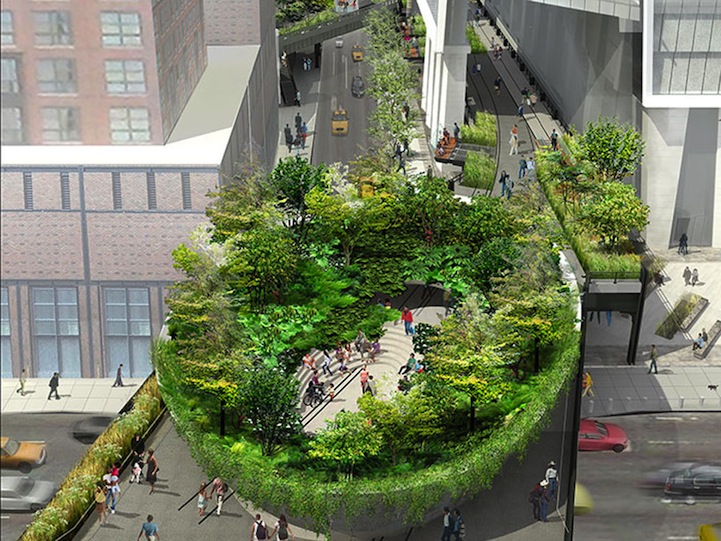 The High Line in New York City has rapidly developed over the years, becoming quite the spot for tourists and locals alike. Just recently, developers announced the final phase of construction for the 1-mile elevated park, which is built on a historic piece of New York railroad. The plans consist of a nature-filled, rounded structure that will consume a wide area, dubbed the Spur, that extends over 10th Avenue and West 30th Street.

According to the website, "Visitors to this unique area of the High Line will be able to immerse themselves in nature by entering a bowl-shaped structure ringed with broad-leaf woodland grasses, perennials and ferns."

James Corner of  and Ric Scofidio of  developed the design, which will regularly change with the seasons throughout the year. While visitors relax on the tiered seating in the middle of the mini forest, the hustle and bustle of New York City directly below may briefly become but a faint memory.