Sickle cell disease is an inherited blood disorder that affects nearly 100,000 people in the United States.

Red blood cells contain hemoglobin, a protein that carries oxygen in the blood. Normal red blood cells are round and flexible, which enables them to travel through small blood vessels to deliver oxygen to all parts of the body. 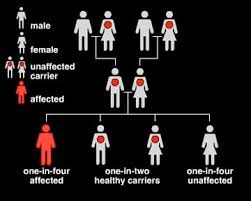 Cervical disc disease may be the most common cause of neck pain. It's caused by an abnormality in one or more discs, the cushions that lie between the neck bones (vertebrae). When a disc is damaged, due to arthritis or an unknown cause, it can lead to neck pain from inflammation or muscle spasms. In severe cases, pain and numbness can occur in the arms from nerve irritation or damage. While pain relievers, physical therapy, neck traction, and as a last resort, surgery, can help ease neck pain from... 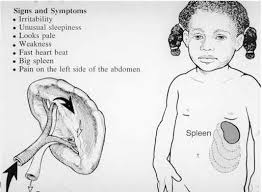 Sickle cell disease causes red blood cells to form into a crescent shape, like a sickle. The sickle-shaped red blood cells break apart easily, causing anemia. Sickle red blood cells live only 10-20 days instead of the normal 120 days. The damaged sickle red blood cells also clump together and stick to the walls of blood vessels, blocking blood flow. This can cause severe pain and permanent damage to the brain, heart, lungs, kidneys, liver, bones, and spleen. Severe pain is an emergency called acute sickle cell crisis. A person may not know what brought on the pain, but infection and dehydration are common triggers.

Sickle cell disease is most common in Africans and African-Americans. It is also found in other ethnic and racial groups, including people from South and Central America, the Caribbean, Mediterranean countries, and India.

What Are the Symptoms of Sickle Cell Crisis?

Symptoms of sickle cell crisis include:

Patients with sickle cell disease develop severe pain in the chest, back, arms, legs, and abdomen. Pain can occur anywhere in the body. Sickle red blood cells in the lungs can cause severe illness with chest pain, fever, and difficulty breathing. Sickle cell disease can also cause permanent damage to the brain, heart, kidneys, liver, spleen, and bones.  The severity and symptoms vary greatly from person to person, even within the same family. 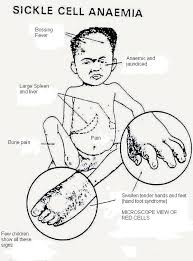 How Is Sickle Cell Disease Diagnosed?

There are also rapid screening tests that detect the formation of sickle red blood cells or clumps of abnormal sickle hemoglobin when oxygen is removed from the blood. These tests are less commonly used, because they cannot distinguish between sickle cell trait and sickle cell disease.

Prenatal testing for sickle cell disease is possible by examining the DNA of fetal cells obtained by chorionic villus sampling or amniocentesis.

Testing newborns for sickle cell disease is required by law in all 50 states.  Early detection and treatment reduces the risk of serious infections and other complications. 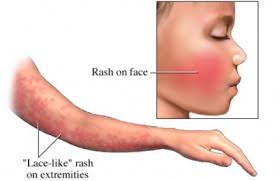 How Is Sickle Cell Disease Treated?

Hydroxyurea is the only FDA-approved medication that prevents painful episodes in sickle cell disease. Studies of patients with sickle cell disease show that the regular use of hydroxyurea decreases the frequency and severity of sickle cell crises and reduces the number of blood transfusions and hospitalizations.

Scientists are making progress in the development of new medications that prevent sickling of red blood cells and improve blood flow and delivery of oxygen to the body. Some of these new treatments are already being tested in patients with sickle cell disease. 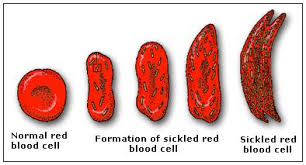 What Is the Outlook for People With Sickle Cell Disease?