Supercar owners living in an exclusive new high-rise apartment block can keep a close eye on their beloved motors thanks to a special elevator that allows them to park in their living rooms. 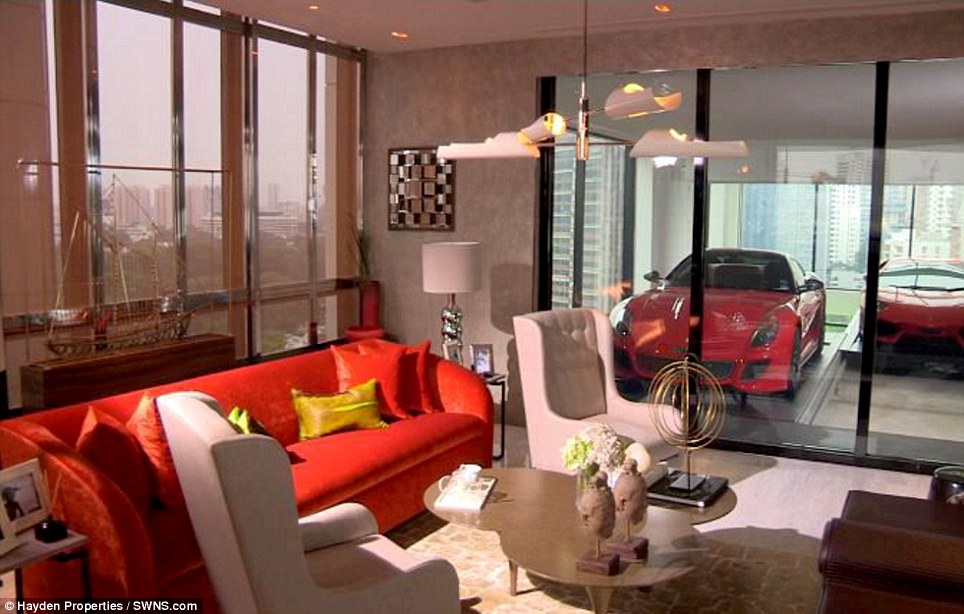 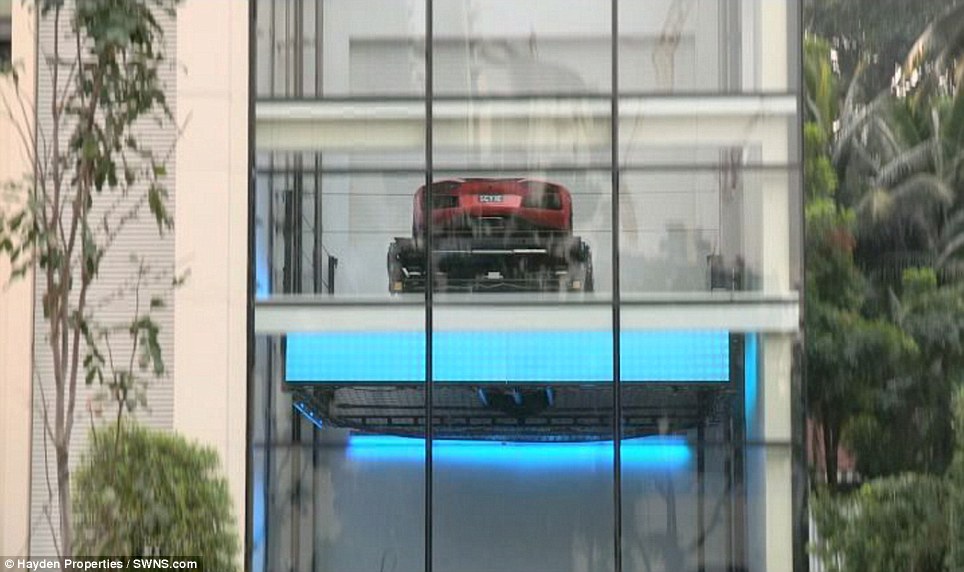 Hamilton Parks in Singapore is a brand-new 30-storey development where flats cost between £6 and £15million. But with parking in the city limited, the skyscraper designer came up with an innovative way of parking some of the planet's fastest cars.

Residents simply drive their 200mph motors into a biometrically-controlled lift at the base of Hamilton Parks on the city's swanky Orchard Road. 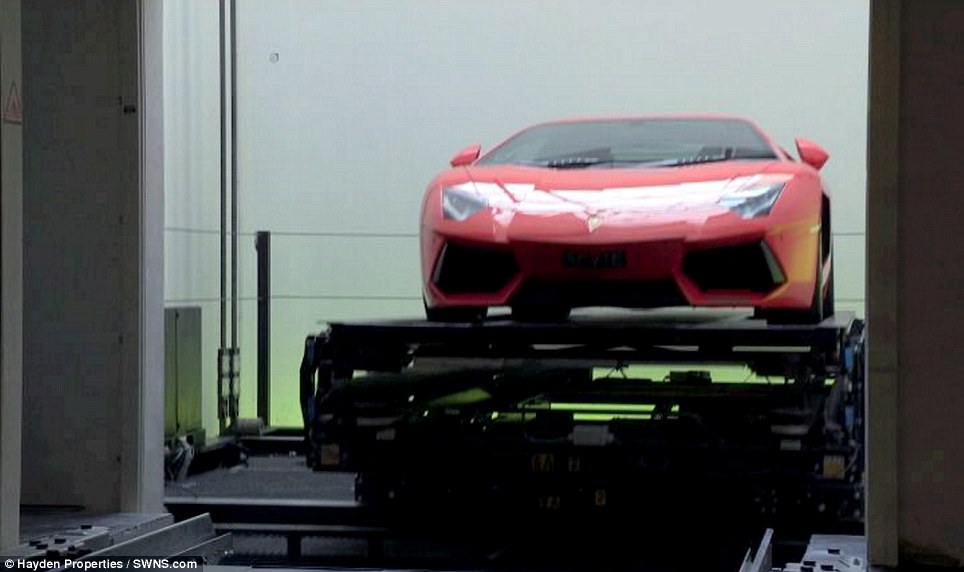 Floor it: The lift begins to move carrying its precious 200mph cargo

Life in the fast lane: Supercar owners in this exclusive Singaporean high-rise apartment block can admire their motors from their living rooms thanks to a special elevator 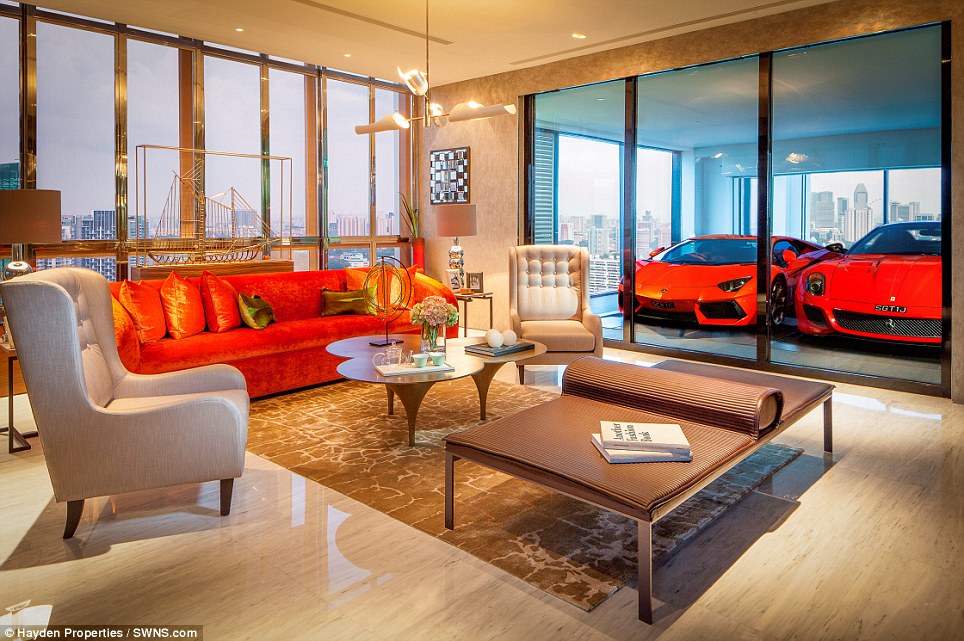 They then press their thumb on a sensor in the lift and the elevator transports the car to the apartment where it is parked in what developers call an 'en suite garage'.

Owners can then wind down after a long day's work with their supercar in full view - despite being more than 100-metres up. 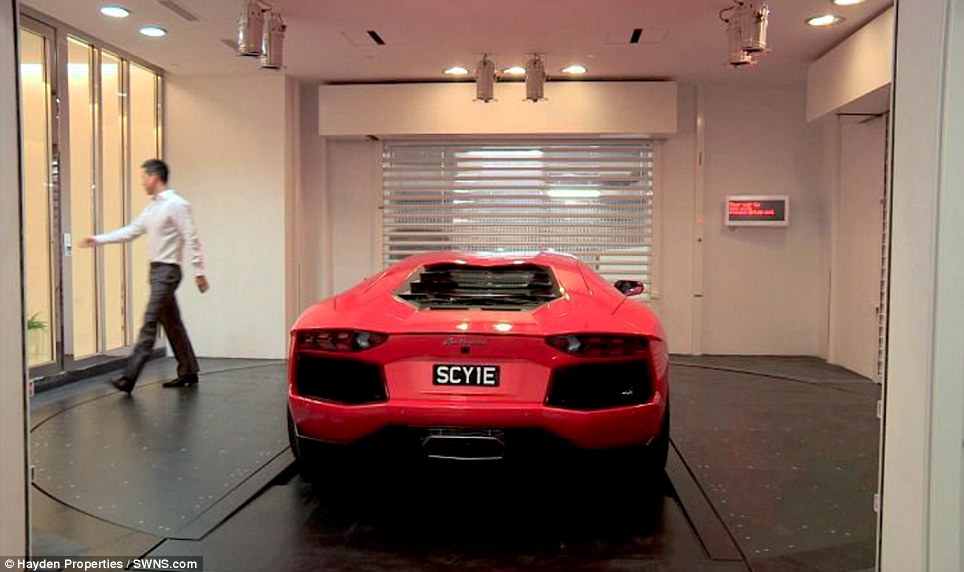 Singapore is home to more Maseratis, Ferraris and Lamborghinis per capita than anywhere else in the world.

But customers in the wealthy South East Asian city state have to pay whopping taxes to import the supercars with a Ferrari 458 Italia costing in excess of £500,000. 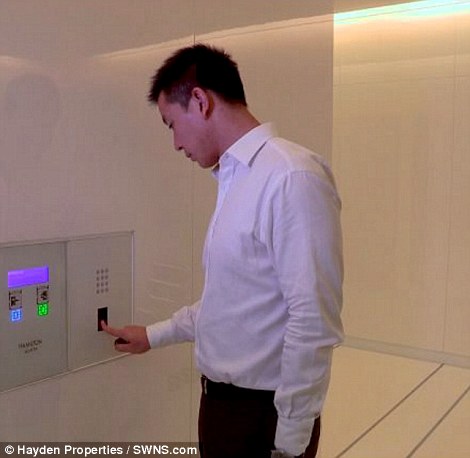 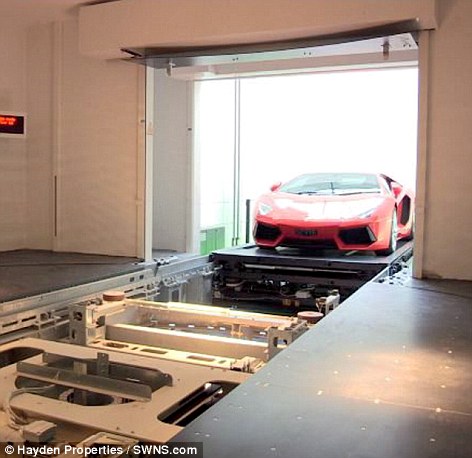 Automation: The owner touches the biometric panel to confirm their identity and the lift door is raised before the car is moved into position

'They've seen a lot, so they're very exposed in the world, so they are looking for something that's unique and different.

'It's done in such a way that it's a museum showcase, it's not just a car park. Singapore is home to more Maseratis, Ferraris and Lamborghinis per capita than anywhere else in the world but parking space is extremely limited