The Most Expensive Book in the World..... 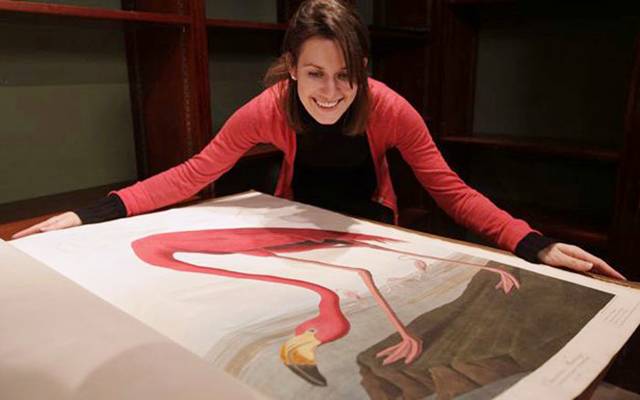 A rare copy of "the most expensive book in the world" Fah Franco-American ornithologist John James Audubon and goes back to the nineteenth
century recorded on Tuesday evening in London, a new record price, Which
sold more than eight million euros, on the auction house said,
"Sotheby's". More images after the break... 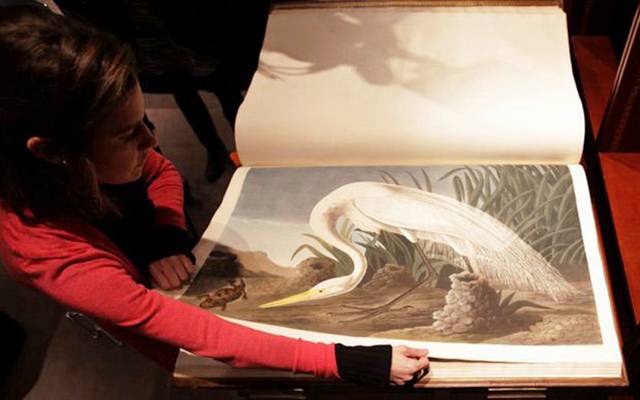 The sale of the book "Birds of America" (Birds of America) in exchange for 7.3 million pounds (8,6 million euros), a new world record price for the
printed work is sold at auction, it said, "Sotheby's".
The estimated book value of between four and six million pounds.
The new owner is a dealer old books. 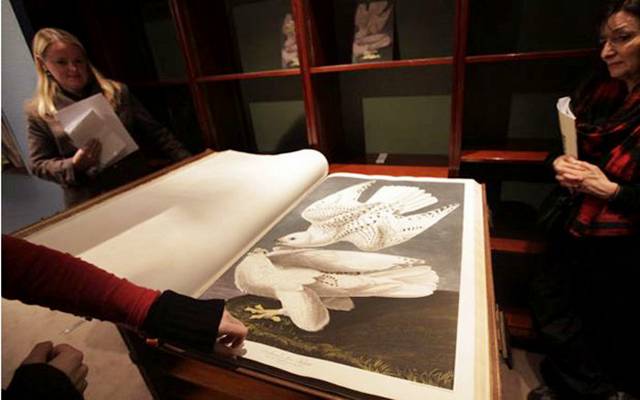 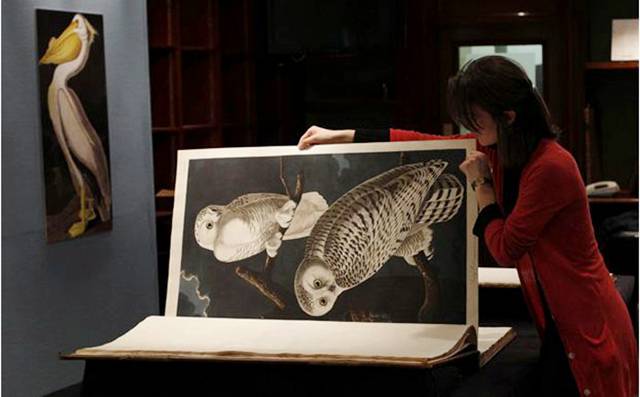 And return to the previous record price another version of "Birds of America" were sold in New York in 2000 to meet with seven million euros.
There is no longer only about a hundred copies of the book "Birds of
America." Large book size (length of 90 cm and of 60 cm) collected fees
birds such as flamingos and Swan. 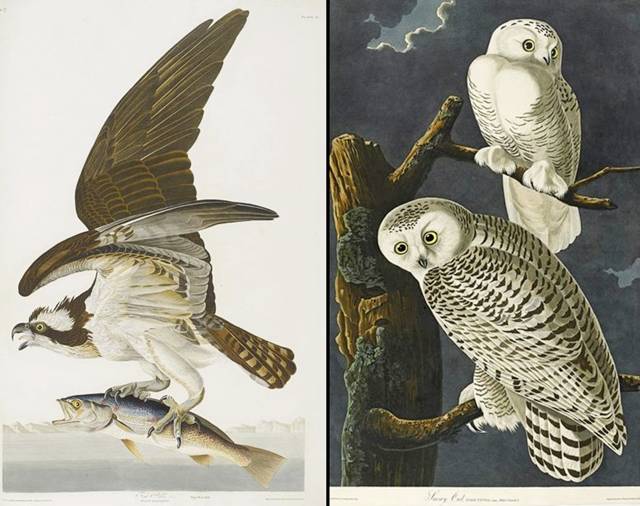 Jean-Jacques Audubon, known by his English John James Audubon, is the world of birds and the world of physics was born in Haiti the year 1785, the French
colonial days of French and religion. And then received U.S.
citizenship. 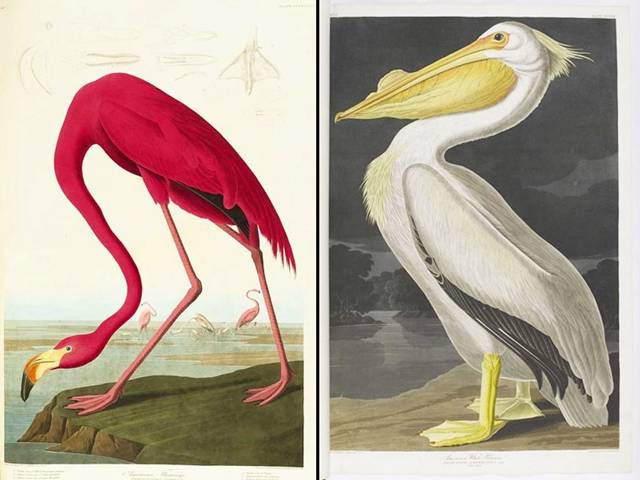