The Top 10 Most Beautiful Places in the World

1. Yosemite National Park, USA
Ansel Adams took many of his most famous photos in Yosemite National Park. The first time you see the central valley from Tunnel View you'll understand why. Yosemite is home to massive granite cliffs, huge water falls, and groves of giant sequoia. Most people that visit stay in the valley, but be sure to explore more of the park, including the high-altitude meadows along Tioga Road and the road to Glacier Point.

2. Isla de Ometepe, Nicaragua
This hourglass-shaped island, made from two massive volcanoes (one is still active), lies in the middle of Lake Nicaragua, which is home to fresh water sharks. The best views of the island are from the hour-long ferry ride from the town of Rivas to the island town of Moyogalpa.

3. Machu Picchu, Peru
The ancient Inca knew the three most important rules in real estate:  location, location, and location.  The site of the "Lost City" of Machu Picchu in the Andes mountains is perhaps the most dramatic location of any human settlement on Earth.  Luckily the Spanish explorers never found the city, so it remains largely intact.  Watching the mist slowly clear each morning to reveal the ancient city and mountains beyond is a magical experience. 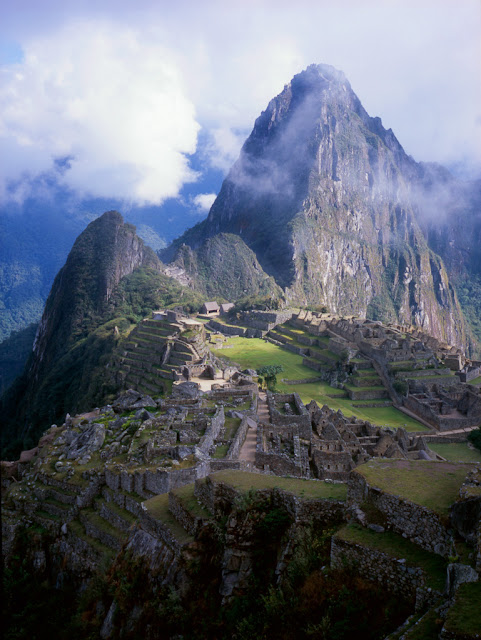 4. Cave Bay, Barbados
Island locals say that there are 365 beaches in Barbados - one for each day of the year.  If you ask me, the best day of that year would be the one that is spent at unspoiled, undeveloped, and virtually unknown Cave Bay on the rugged East coast. (And Bottom Bay, the beach right next door, is just as beautiful!) 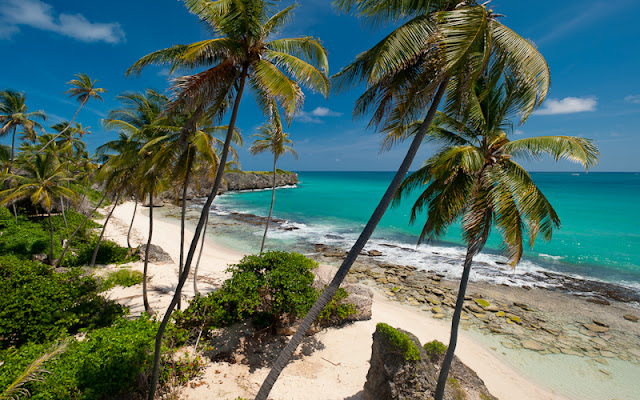 5. Dingle Peninsula, Ireland
The rugged shoreline along the Dingle Peninsula in Southwestern Ireland is one of the most dramatic meetings of land and sea I have ever witnessed. There are new delights around each bend of the narrow coastal road. If you have extra time, the best way to experience the area is by hiking the Dingle Way, an 8-day hiking loop around the whole peninsula, with plenty of B&Bs and pubs along the way to keep you warm and happy.

6. Sahara Desert, Morocco
The seemingly endless dunes of the Sahara are almost like a frozen ocean of waves, dotted periodically by trains of camels, the ships of the desert. The Sahara is best enjoyed early in the morning or late in the day when the sun is not as intense and the light hits the dunes from the side, creating richer colors and dramatic shadows. And the stars at night are brighter and appear closer here than anywhere else thanks to the dry air and absence of artificial light.

7. Cappadocia, Turkey
For those that wish they could explore another planet, you'll find one in Cappadocia. The eroded lava formations here will make you think you have boldly gone on an interstellar journey. And the cave dwellings carved into the formations will have you looking for little green Martians. Fortunately, no space helmets are required and the food in Turkey is much better than a NASA in-flight meal.

8. Similan Islands, Thailand
These seven uninhabited islands are 70 Km from the West coast of Thailand. The only way to reach them is on one of the liveaboard scuba boats that operates from Khao Lak. Clear water and a large variety of sea life will keep you wide-eyed while you are underwater. My favorite sighting during several days of dives were the massive, truck-sized manta rays moving effortlessly through the blue. 9. The Islands of the Andaman Sea, Thailand
You could spend a life time exploring the hundreds of islands and remote beaches scattered through the Andaman Sea in Southern Thailand. With beautiful weather, friendly people, amazing food, stunning limestone islands, and deserted sandy beaches, this is the ultimate tropical island playground.

10. Halong Bay, Vietnam
Just about everywhere in Vietnam offers an incredible view.  But the best of the best has to be the 1969 islands in Halong Bay.  Despite visiting in the chilly off season and experiencing constant rain, I still rate this as one of the most beautiful places on the planet.  The best way to see the islands is a two-night cruise aboard a Chinese junk.