Infection by the liver fluke parasite is a major health concern for millions of people, specifically those living in the Far East, Eastern Europe, and Southeast Asia. In addition, because of the large amount of travel between countries, liver fluke infection is becoming more prominent in areas where the disease has not previously been found, such as in North America. There are several kinds of medical conditions that people infected by the parasite may experience, each dependent on the kind of parasite that has embedded itself into its host. 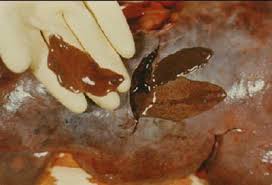 The sheep liver fluke, also called the Fasciola hepatica, and the Fasciola gigantica, are two kinds of parasites that typically infect herbivores – like sheep – but can also cause infection in humans. Usually, the eggs of the liver fluke are discharged in the stool of an infected animal. The eggs then embryonate in water, releasing miracidia, and then infect a snail as the intermediate host. Once inside the snail, the parasite transforms itself into metacercariae until it is ready to release itself from the snail and wait on plant life, such as watercress, for unsuspecting herbivores or humans to eat it. The animal, or the human, eats the plant and consequently, the parasite, and becomes infected.

In humans, it takes the nearly three to four months for the metacercariae to develop into an adult liver fluke of the F. hepatica or the F. gigantica varieties. However, once they are fully grown, they can be 30 – 75 mm, respectively. The related medical condition is called fasciolasis. Fascioliasis is most common where cattle and sheep are raised and where humans consume watercress. Symptoms include fever, abdominal pain, and eosinophilia; however, nearly 50% of those affected do not have any symptoms at all. 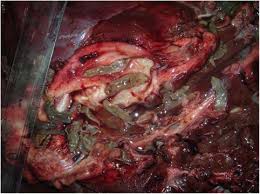 The other common parasites that cause liver fluke infection are the Opisthorchis viverrini, Clonorchis sinensis, and Opisthorchis felineus. They are endemic in nature in areas of Eastern Europe and East Asia. One 2001 study in Thailand has concluded that nearly 6 million individuals have Opisthorchiasis, an infection due to liver fluke. Most often, infection occurs where cyprinoid fish that is uncooked is common in the diet.

Because this variety of parasite is foodborne, they are very common. For example, if there is inadequate sanitation and poor infrastructure for raw sewage, humans can easily become infected with the C. sinensis and O. viverrini liver fluke parasites. The eggs of the parasites pass into the sources of water through feces where they attach to snails. When they release themselves from the snails as cercariae, they find the cyprinoid fish as hosts. There they attach to the fish skin, fins, and muscles and transform into metacercariae and when humans consume the raw fish, they become infected with the liver fluke and the related disease, Opisthorchiasis.

Again, most people who are affected by liver flukes or who have Opisthorchiasis do not have any symptoms. However, those who are infected can suffer from abdominal pain, fatigue, and enlarged gall bladder In addition, the parasites O. viverrini and C. sinensis are considered carcinogens, and may cause cancer. Luckily, there are some pharmaceuticals that may help cure those affected by the liver fluke parasites.