The world will soon have its first “invisible” skyscraper. 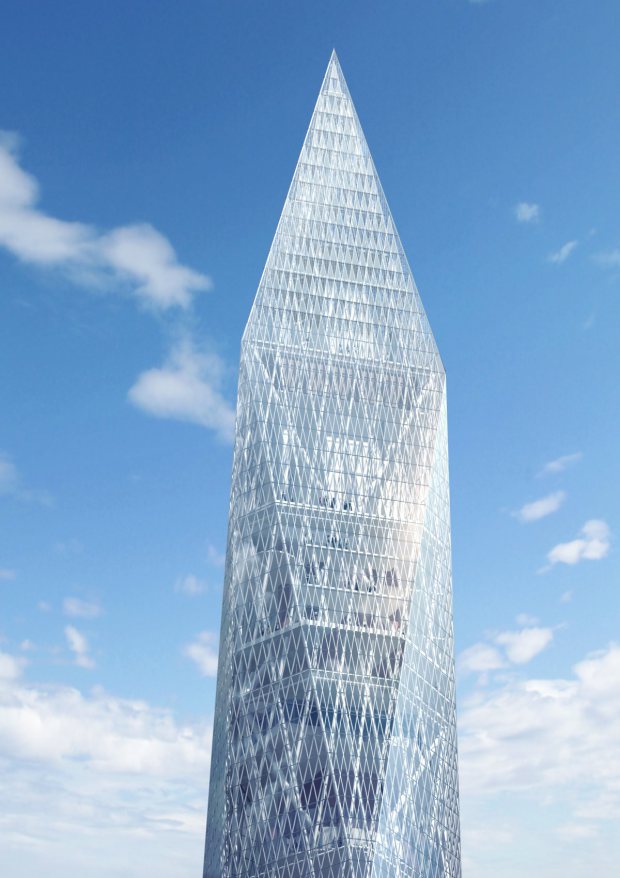 There’s no construction date yet for the planned 1,476-foot tower, called Tower Infinity. But its architects have just been granted a construction permit to begin building outside of Seoul, South Korea near Incheon International Airport.

The visionaries behind the project, GDS Architects, will make the tower appear “invisible” using an LED facade system with optical cameras to display what’s directly behind the building. When turned on, the “reflective skin” of the building will give the illusion that Tower Infinity is blending in with the skyline.

The building’s projections may also be used for broadcasting special events, or for advertising purposes, according to GDS Architects.

The tower itself has an impressive profile, with a main spire flanked on either side by two separate building wings. Tower Infinity will be used primarily for entertainment and leisure purposes, and is set to include a 4D theater, restaurants, a water park, landscaped gardens, and the third-highest observation deck in the world.

“Instead of symbolizing prominence as another of the world’s tallest and best towers, our solution aims to provide the World’s first invisible tower showcasing innovative Korean technology while encouraging a more Global narrative in the process,” Charles Wee, AIA, GDS Design Principal said in the press release. “We look forward to providing Korea and the world with a completely new model for what it means to be an observation tower.”

Take a look at some of the concept images below.

The Tower Infinity will have three major projection points that will display what’s directly behind it. 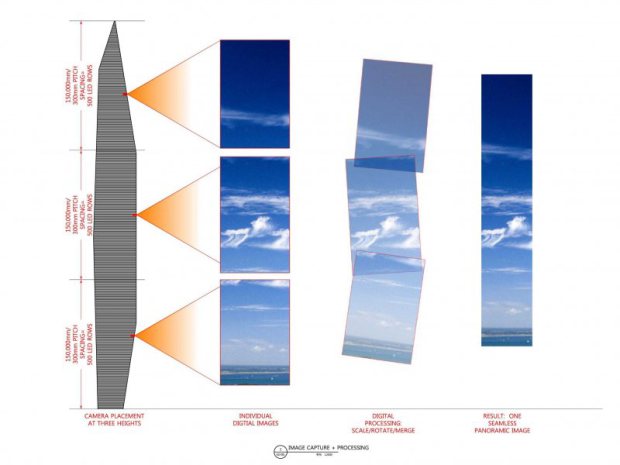 Those projection points will be at three different heights, as well as on six different sides of the building. 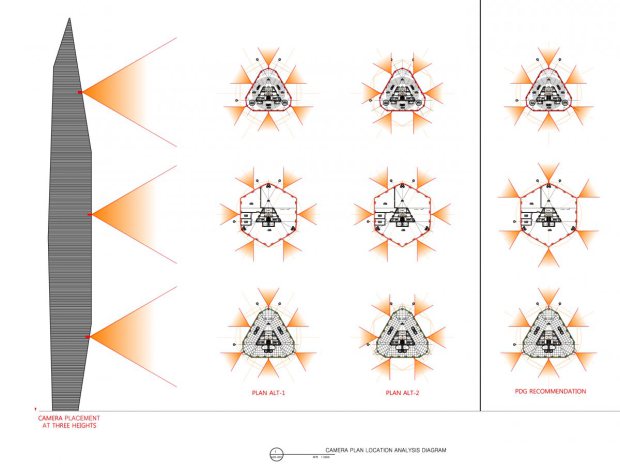 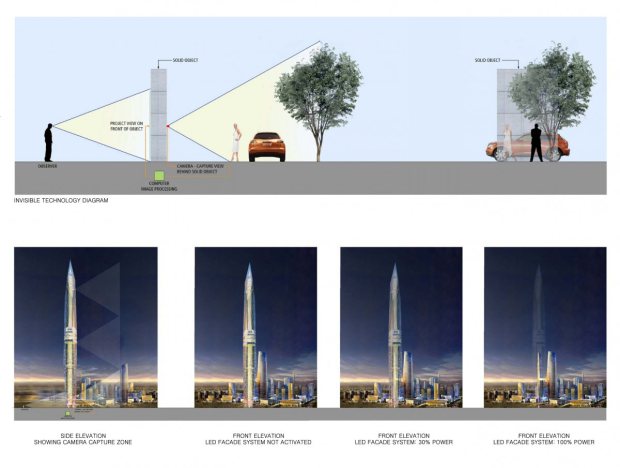 here’s what it will look like without the projections turned on. The floorplan is open so that you can peer down multiple levels as you ascend.

It will be used primarily for entertainment and luxury purposes, and will have a 4D theater, restaurants, waterpark, and more.

But the view from the tower will be its best asset. Multiple floors at the top of the building will be used as an observation deck and as landscaped gardens.