Earlier this month, Eurocopter’s X3 hybrid helicopter reached a speed milestone during stable, level flight. Maintaining a true airspeed of 232 knots (450 km or 279.6 miles per hour), it can cruise at more than half the speed of a commercial jet.

Aboard the aircraft were Eurocopter test pilot Hervé Jammayrac and flight test engineer Daniel Semioli. “We were impressed by the ease at which this speed objective was attained,” Jammayrac explained. “The X3 handles extremely well, demonstrating remarkable stability at high speed – even with the autopilot off.”

The X3 earns its "hybrid" moniker by combining two turboshaft engines that power five-blade main rotor system and two propellers installed on short-span fixed wings. This allows it to hover like a helicopter, while also reaching the kind of speeds you'd expect from a turboprop-powered aircraft. 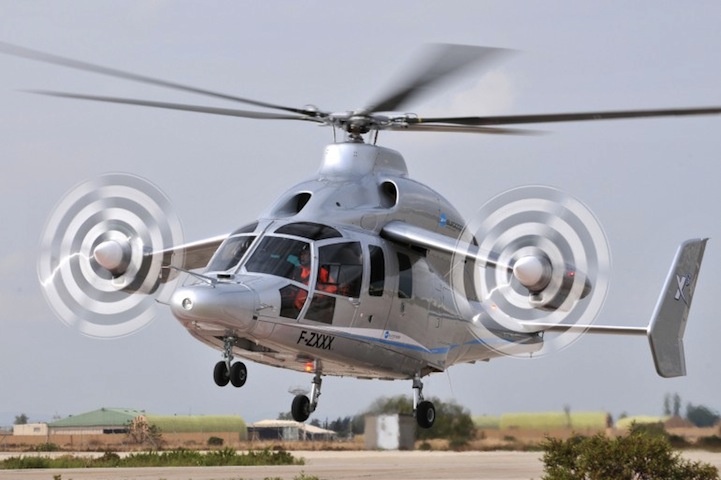